“S o many people reference Dior. He’s one of those people in fashion: everybody knows who he is, everybody knows the silhouette he created,” says Oriole Cullen, the curator of Christian Dior: Designer of Dreams, a major new exhibition at London’s V&A museum devoted to the influential French fashion designer and the powerhouse he left behind. The retrospective is the biggest Dior show ever staged in the UK, and one of a string of exhibitions around the world that reveal Dior’s extraordinary popularity right now.

Christian Dior set the fashion world alight with his very first collection in 1947. His designs were pinched at the waist and wide at the hip, creating an instantly recognisable silhouette that was much more voluptuous than the boxy shapes of the postwar years, when fabric had been strictly rationed. His signature style quickly became known as the “New Look”, a name coined by the press after the fashion editor of Harper’s Bazaar, Carmel Snow, saw the collection and exclaimed, “My dear Christian, it’s such a new look!”

One piece in particular captured the imagination of the public and the fashion press alike: the “Bar” suit – a light jacket and spreading black skirt – which was given to the V&A in 1960 by the House of Dior and is one of the highlights of the museum’s new exhibition. The show also reveals Dior’s surprising fascination with British culture, and includes a ball gown he designed for Princess Margaret’s 21st birthday. The dress – and its striking asymmetric shoulder line – became the princess’s favourite and an icon of fashion, thanks to a famous portrait by photographer Cecil Beaton.

Dior’s spectacular rise to become a leading light of global fashion was down to his boldness and originality, says Cullen. “Dior was groundbreaking in his time – he really pushed fashion. He experimented with line and shape, and did that very cleverly.” The label’s subsequent creative directors pushed that legacy: Gianfranco Ferré’s work for Dior captures “the opulence and extravagance of the late 1980s”, says Cullen, while John Galliano, who helmed the label from 1996 to 2011 displayed “incredible feats of imagination and skill”.

The V&A retrospective is based on a wildly popular show held at the Musée des Arts Décoratifs in Paris in 2018 to celebrate the 70th anniversary of the House of Dior. The Paris show attracted more than 700,000 visitors and was the second-most visited exhibition in France last year, according to the Paris Convention and Visitors Bureau. The show explored the whole world of Dior – everything from perfume and make-up to hats and shoes – a side of the fashion house most audiences would never see in a catwalk show.

In Canada, the Glenbow Museum in Calgary is hosting a major Dior exhibition organised by the Royal Ontario Museum in Toronto, where it was on display last year and attracted more than 128,000 visitors, having its run extended by three weeks due to the demand for tickets. The exhibition focuses on the first ten years of the House of Dior, during which time Christian Dior himself designed the pieces, and shows his remarkable influence on Canadian fashion.

Such is the allure of the House of Dior that it has attracted some of fashion’s all-time greats to helm the label, including Dior’s immediate successor Yves Saint Laurent, who went on to found his own illustrious fashion house. An exhibition at the Denver Art Museum, Dior: From Paris to the World, which features 200 haute couture dresses, shows how each of the label’s creative directors has reinvented the spirit of Dior for a new generation, and expanded the French couturier’s reach to a global audience.

Few designers in the history of fashion could have ever commanded the kind of popularity Dior is experiencing this year. For Cullen, what sets Dior apart is a focus on “creating something lasting and beautiful and beautifully made”. His careful attention to detail and experimental spirit will never go out of fashion. It is this spirit that is currently captivating connoisseurs and neophytes alike. Dior is, says Cullen, “the height of the art of couture”. 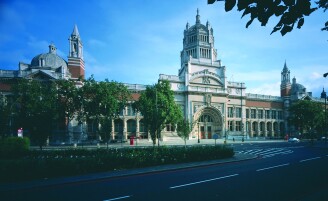