Treasures from Chatsworth: The Exhibition

Treasure of the Week: The Devonshire Parure

By Sotheby's
The Devonshire Collection encompasses thousands of objects that have been carefully collected over 500 years. Because of this extraordinary breadth, choosing the 43 pieces that would travel to Sotheby's New York as part of the Treasures from Chatsworth exhibition was a challenging feat. Spotlighted here is one of the treasures that made the cut: The Devonshire Parure, a family jewel with a story as rich as its parts.

T he Devonshire Parure, a set of jewels intended to be worn together, is a masterpieces of Victorian jewelry. It consists of seven items: bandeau, bracelet, coronet, diadem, necklace, stomacher and comb. Commissioned by the 6th Duke of Devonshire and made and designed by C.F. Hancock with input from Sir Joseph Paxton, the parure incorporates pieces from the 2nd Duke of Devonshire’s extensive carved gem collection, some of which date from the ancient world. This hybrid combination of enameled gold, diamonds and miniature sculpture was made in 1856 for Maria, Countess Granville, to wear in Moscow to celebrate the coronation of Tsar Alexander II. The wonderful group of Tudor royal portrait cameos combine to give the parure a distinctively English character.

Jewelry is a very personal thing. It's a much more intimate way of collecting, and the Parure is extraordinary.

The Duchess of Devonshire

The Parure from All Angles

The Devonshire Parure contains four carved gemstones depicting different Tudor monarchs. One of these is a fine cameo portrait of Queen Elizabeth I set in a green enamel locket. Within this locket there were two small portrait miniatures, each no bigger than a thumbnail, which were unfortunately damaged in the 1970s. No known photographs exist of their pre-damaged state. The portraits, a man and a woman each on a blue background, have not been positively identified, nor has the artist, due to their poor condition. The two miniatures inside the locket suggest a romantic, or at least, close, connection between the sitters. The richness of The Devonshire Collection does not preclude the possibility that these works might be miniatures of Queen Elizabeth I and her courtier Robert Dudley, Lord Leicester, by Nicholas Hilliard, or undiscovered miniatures of the Cavendish family. Today the miniatures are in desperate need of conservation, and this project presents an opportunity for further research and technical investigation to provide a date range, identify the artist and narrow the field of potential sitters.

The estimated conservation cost is $8,000. To learn how to support Chatsworth, click below. 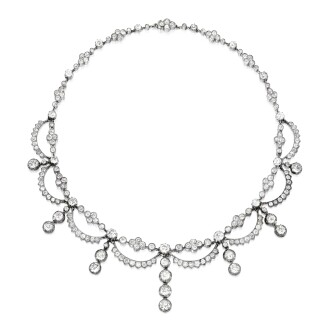 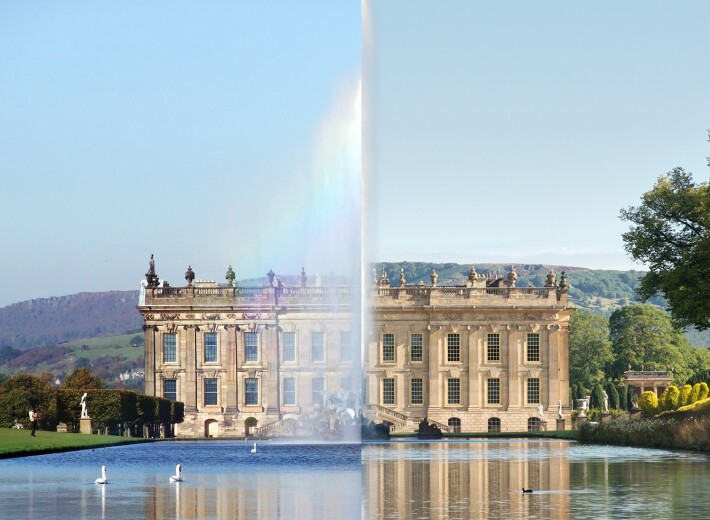 Discover More About Treasures From Chatsworth