Hemmerle’s Key to Evolving Their 126-Year-Old Jewelry House? Slowing Down.

By Stephanie Sporn
The largest single-owner collection of Hemmerle jewelry ever to appear at auction features in Sotheby’s Fine Jewels sale on 26 November in London. Ahead of the auction, Sotheby's spoke to Christian and Yasmin Hemmerle about their company's transformation from Bavarian Royal medal maker to internationally renowned contemporary jeweler.

A t Hemmerle, family business has become an art. Over four generations, the company has preserved its high standard of unhurried craftsmanship and artisanal excellence. Stefan and Sylveli Hemmerle currently run the house, along with their son Christian and daughter-in-law Yasmin, who met at university in London and began working for the business in 2006. According to Christian, good instinct has always been at the root of Hemmerle’s success. “For my parents’ generation, it was not so much about strategy,” he says. “They just made very good gut decisions which led them to where we are today.” As Christian and Yasmin take on more responsibility at Hemmerle, and as the company’s presence at fairs, museums and auctions skyrockets, it is clear that Stefan’s playful imagination and passion for beauty are not the only attributes that have influenced the couple. Rather, it is his sense of intuition that empowers them to stick to their guns and not allow increased demand to compromise their process. “In general, our pieces are taking more and more time to create because we are extremely detail driven,” explains Yasmin. “We believe that it’s the last 5% of the workmanship that really makes the jewel.” 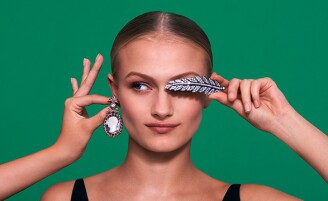 Hemmerle produces about 200 pieces a year. Each can take up to 500 hours to make, and all are created in-house in Munich, where the company’s sole boutique is also located. In 1893, brothers Joseph and Anton Hemmerle founded the company there, upon taking over an established goldsmith’s company. Two years later, Hemmerle was appointed “Purveyor to the Court” by Luitpold, Prince Regent of Bavaria, and they soon became known for their “bejeweled fantasies” – a description which holds true today. Since the 1970s, Stefan Hemmerle modernized the company by taking it in a design-driven direction, which integrated unusual materials, such as iron and wood, with its precious gems.

In 2019, Christian and Yasmin continue ushering a new era of Hemmerle. They cater to an increasingly international clientele who appreciates craft and seeks the unusual. Following in Stefan's footsteps, they continue innovating their designs using unconventional objects found in nature, such as acorns from New York’s Central Park and pebbles from Munich’s Isar River. Stones range from diamonds and jade to tsavorites and melo pearl. “My dad never looked at materials by value. He just looked at beauty,” says Christian. “He taught us to walk around with an open mind and get inspired. Obviously diamonds and rubies are more precious than tourmalines, but tourmalines can be just as beautiful.” 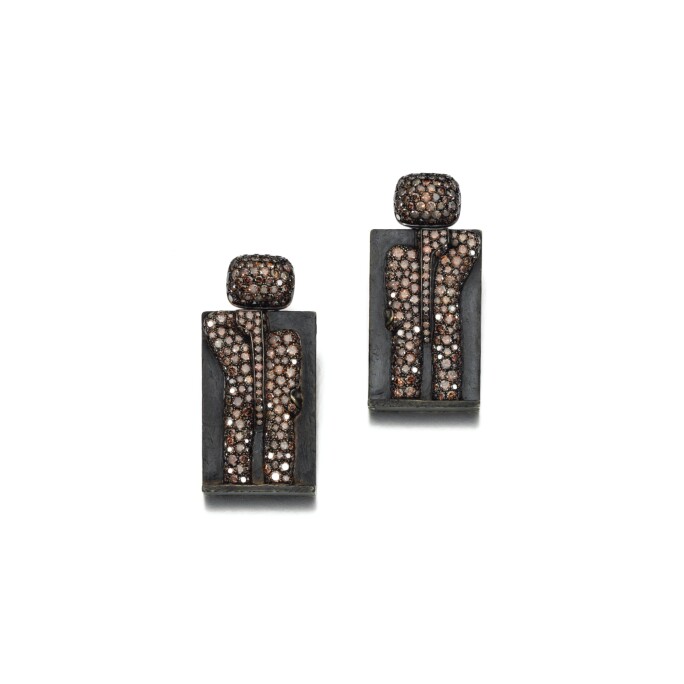 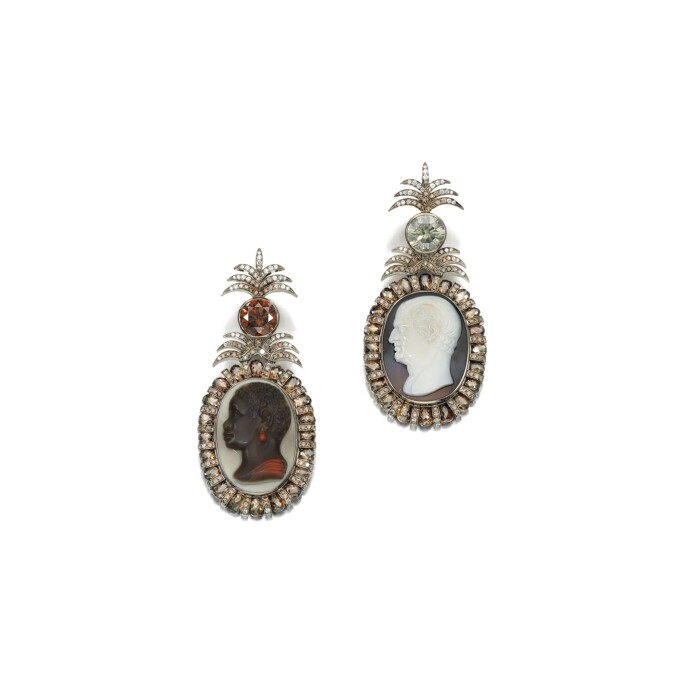 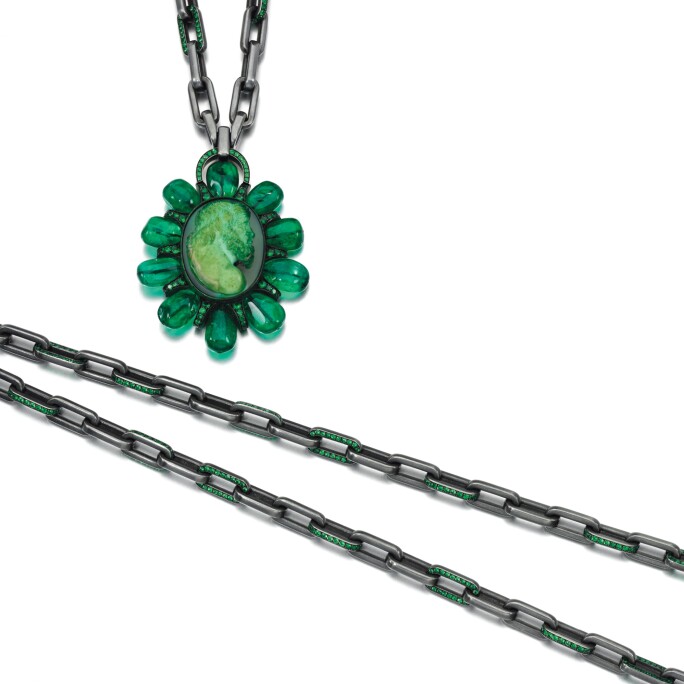 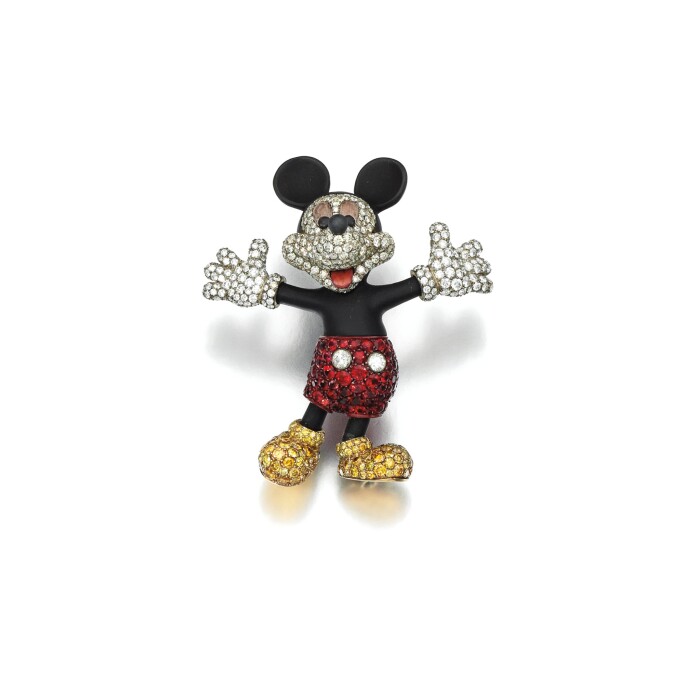 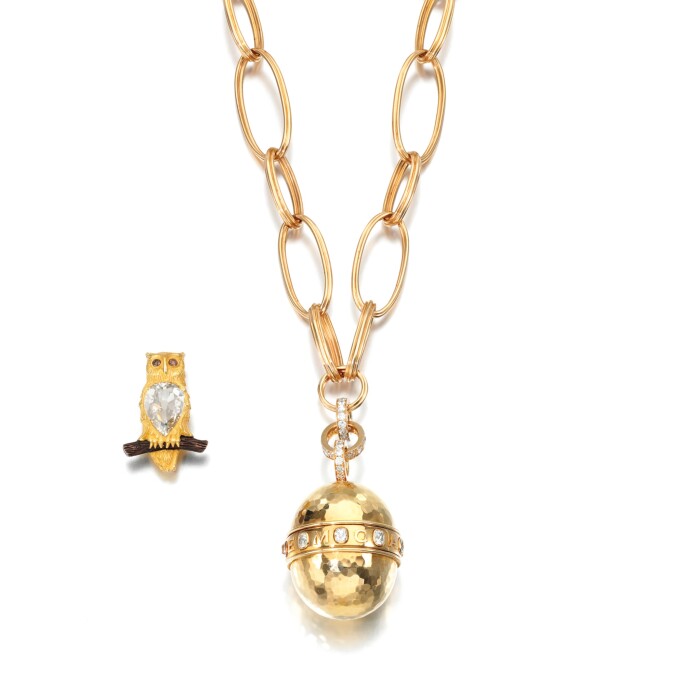 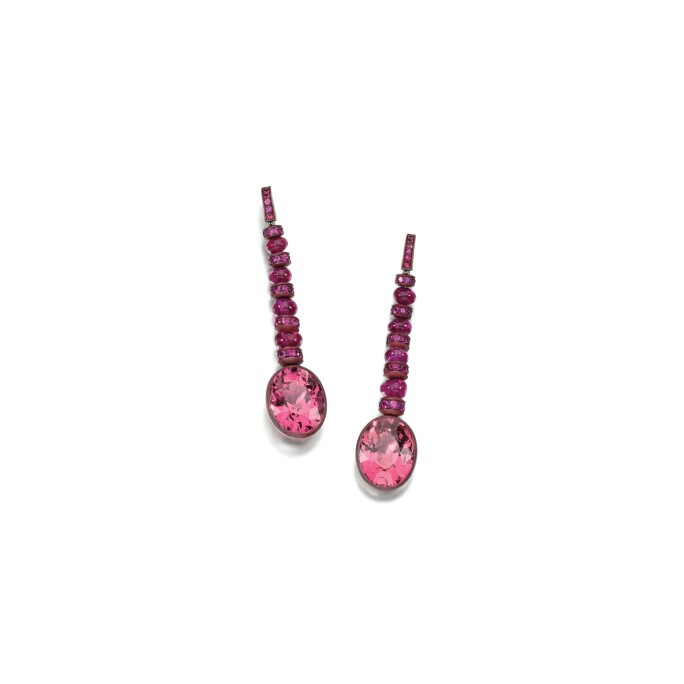 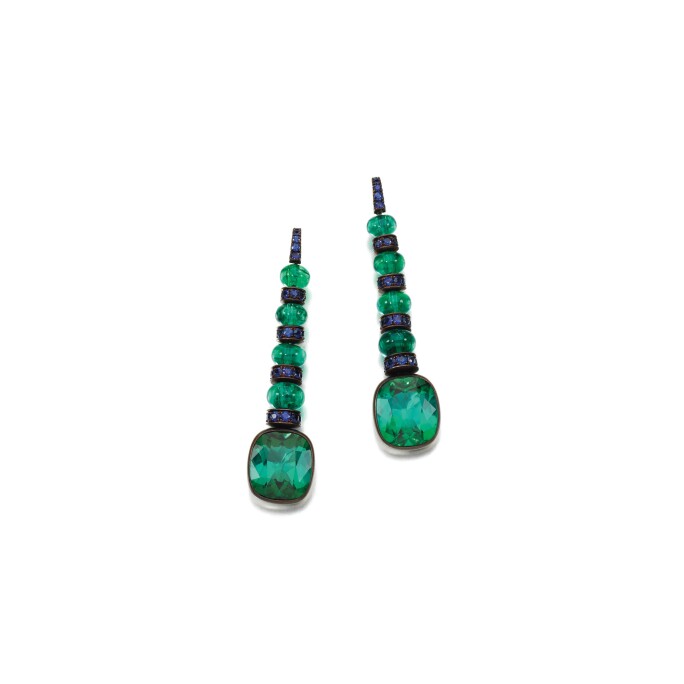 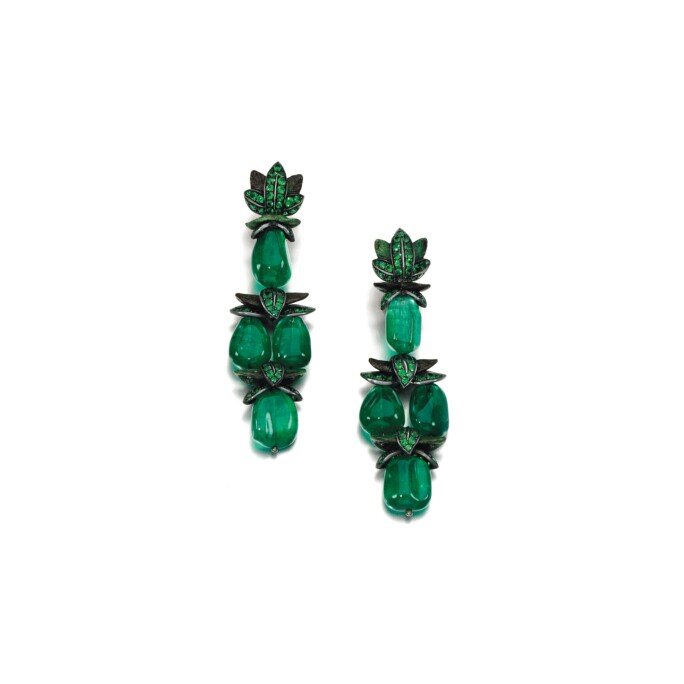 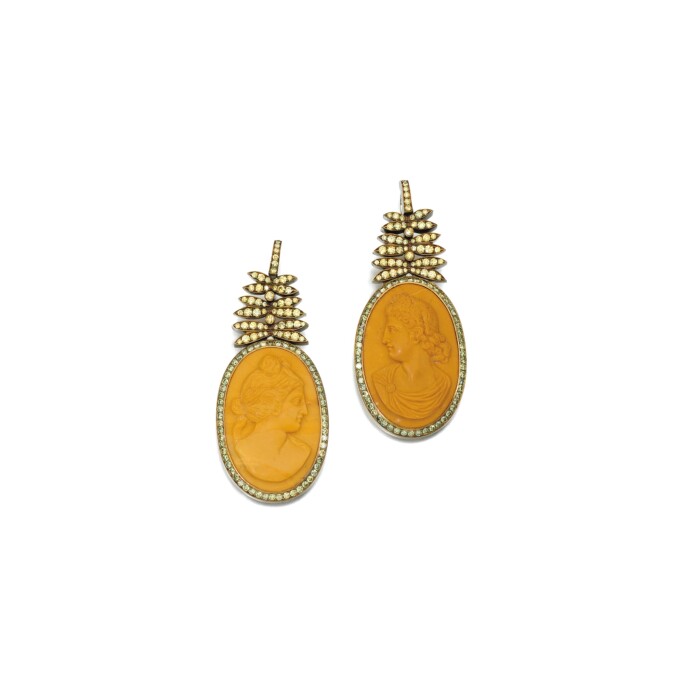 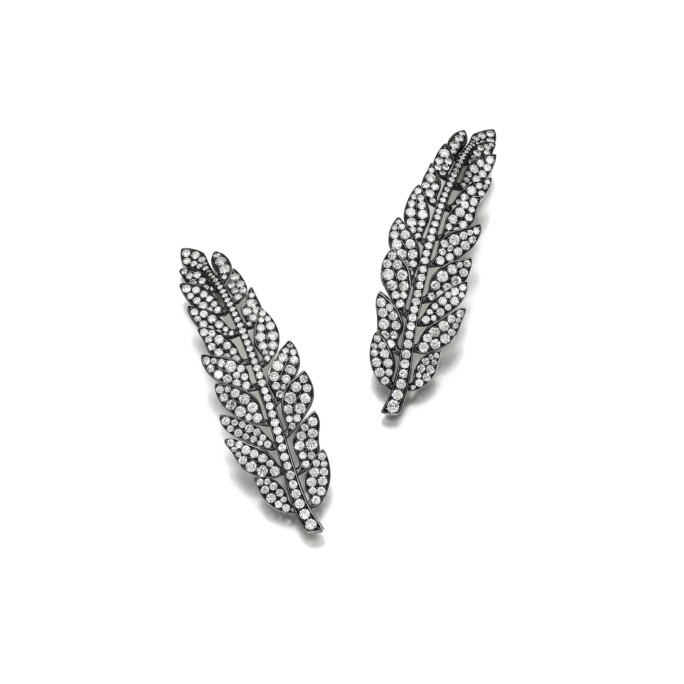 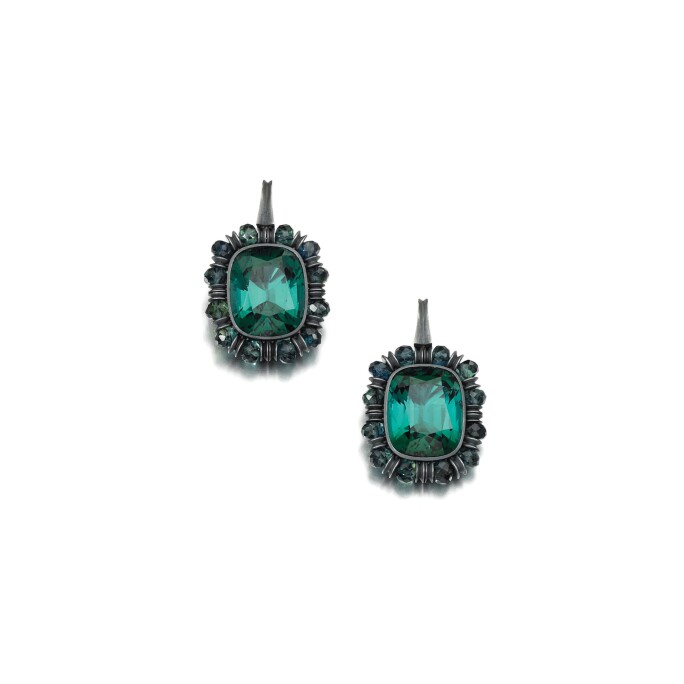 “We believe that it’s the last 5% of the workmanship that really makes the jewel.”

As evidenced by their designs, ranging from Paul Klee-inspired geometric earrings to necklaces that incorporate ancient artifacts, art is a major inspiration for Christian and Yasmin. Their jewels are now in the collections of The Metropolitan Museum of Art, New York, the Victoria and Albert Museum, London and the Cooper-Hewitt, Smithsonian Design Museum, New York. Christian is also a member of TEFAF’s Board of Trustees. Recalling a recent trip to the Van Gogh Museum in Amsterdam, Christian shares how he was surprised to see works by the Dutch master alongside those by American sculptor John Chamberlain. “There were so many years between the two, but it showed me that everybody gets inspired by their surroundings,” he says of the exhibition, which was part of a series that spotlights Modern and Contemporary artists whom van Gogh influenced. “Hemmerle’s challenge today is to take just a small, abstract element of something, whether it’s a shape or a color palette, and reinterpret it in our work.”

While some Hemmerle jewels prioritize color and clean lines in striking designs, like their signature Harmony bangle, other pieces contemporize history. Their Egyptian Story collection, for example, was inspired by the Hemmerle family’s visit to Cairo to meet Yasmin’s family. Admiring ancient Egypt’s reverence for jewelry, Hemmerle created pieces around materials like turquoise, motifs, such as scarabs, and artifacts, including faiences and amulets, to pay homage to the country’s distinct visual vocabulary. For its 125th anniversary, Hemmerle created several jewels, called Revived Treasures, such as this necklace featuring a faience from Egypt’s Amarna Period, 1352–1336 BC, from which emeralds and sapphires hang on a flexible strap of hand-sewn agate beads knitted over silk.

Other Hemmerle jewels serve as reminders of the house’s regard for whimsy. Take for example its Tarantula brooch. Comprised of yellow gold, diamonds, sapphires and conch pearl, the piece is captivating in its radiance, as well as its highly realistic form, down to the chill-inducing texture of its furry legs. In their 2011 Delicious Jewels project, Christian and Yasmin designed a collection in the form of vegetables. A book of the same name was also published, which features recipes by food writer and author Tamasin Day-Lewis alongside the jewels. But don’t ask Christian and Yasmin to pick their favorite piece. “Like with kids, even if you have a favorite child, you don’t share it because it would do the others injustice,” says Christian. But if you ask him which project most represents Yasmin’s and his contribution to the heritage brand, he concedes. “Definitely our Delicious Jewels. It’s important not to be too serious. Life needs humor.”

The Bold and Beautiful Creations of Hemmerle 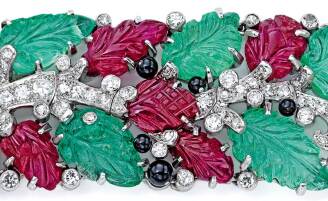