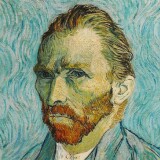 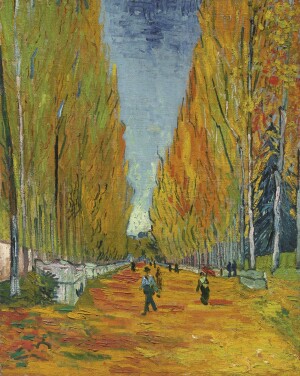 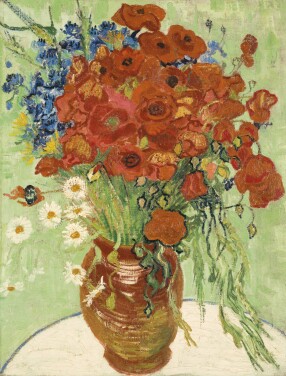 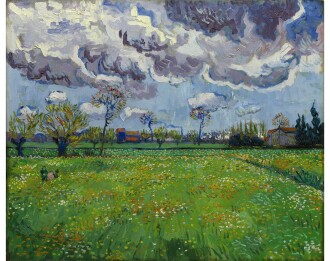 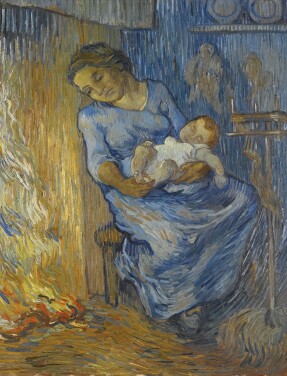 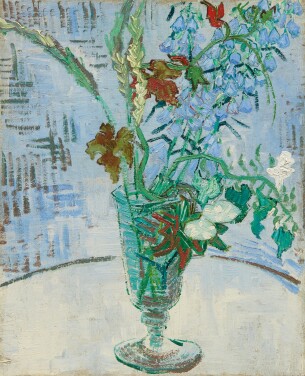 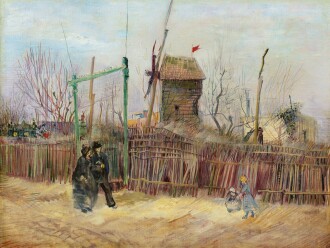 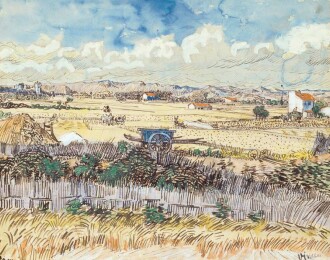 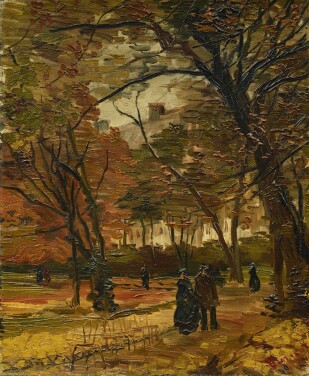 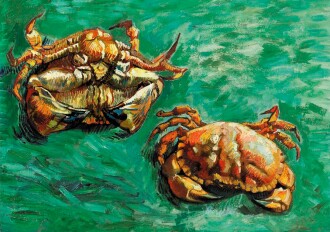 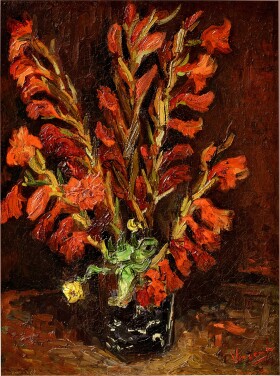 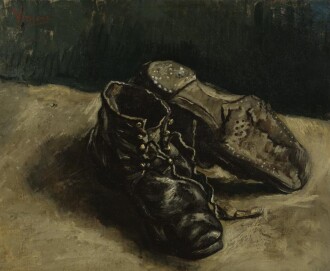 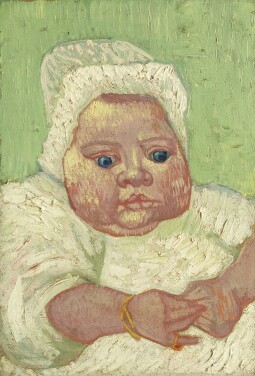 Born in the Netherlands in 1853, Vincent van Gogh began his career working as an art dealer and only seriously took up painting in 1881. His early works are mostly still-lifes and depictions of peasant laborers rendered in muted tones. Upon moving to Paris is 1886, Van Gogh met the artists Émile Bernard and Paul Gauguin, whose dynamic use of color encouraged him toward his characteristically vibrant palette. Exhausted by Paris after two years, the temperamental artist moved to Arles in the south of France. It was in there that Van Gogh reached the height of his artistic practice, creating hundreds of paintings – self-portraits, landscapes and many scenes of the city’s brightly hued buildings and surrounding wheat fields.

Remarkably, Van Gogh created nearly the entirety of his works in the final decade of his life.

Van Gogh’s psychological state declined during the last years of his life. He infamously cut off part of his ear during an argument with Paul Gauguin. He received treatment and continued to paint, but it was simply too much for him to overcome and he committed suicide in 1890 at the age of 37.

After his death, Van Gogh’s reputation grew and his work inspired the Fauves and German Expressionists among other avant-garde styles. But in his lifetime, van Gogh’s art was not well received. He relied on his brother, Theo, for financial support. In addition to the Van Gogh Museum in Amsterdam, and his works can be found in the Yale University Art Gallery, New Haven, Connecticut; Albright-Knox Art Gallery, in Buffalo, New York; the Pushkin State Museum of Fine Arts, Moscow; and the Museum of Modern Art, New York, which is home to his resplendent Starry Night, 1889, one of the most recognizable images in art history. Van Gogh’s auction performance has been making headlines since the sale of his Irises, for $53.9 million in 1987 at Sotheby’s New York represented a paradigm shift in the art market; Irises is now in the collection of the J. Paul Getty Museum in Los Angeles. Today, Van Gogh’s market remains strong and demand is high. According to Sotheby’s Mei Moses, the average compound annual return for Vincent van Gogh resold at auction between 2003 and 2017 was 10.1% with 93.6% of 47 such works increasing in value.