All That Glitters: A Fabulous Fusion

An Art Deco Masterpiece From the Golden Age of Cartier

F rom Chinoiserie to Japonisme, the arts and culture of Asia have captivated Western artists, designers, collectors and connoisseurs for centuries. The great Parisian jewellery houses were intoxicated by the wave of mysterious Orientalism that swept through the decorative arts in the early decades of the 20th century. Today, that East-West connection – and its interchange of ideas and inspirations – has become relevant again, with the emergence of an increased appetite for Western items in Asia.

Now, Sotheby’s presents an extraordinary private collection of jewels fusing Asian and Western designs, the most spectacular of which will be offered for sale in Geneva this November. The intensely personal collection, assembled over the course of five decades by a prominent Asian-American collector, shows true connoisseurship in its balance between classic 20th-century jewels set with important gems and more whimsical, fashion-oriented pieces that the collector wore with great pleasure and panache. Cartier, for whom Orientalism was a defining style at the start of the century, leads the parade of works created by heritage master jewellers, also including Van Cleef & Arpels and Harry Winston. 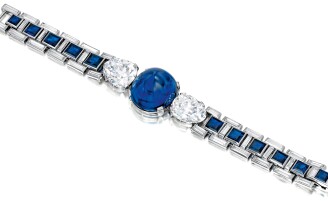 A sensational art deco sapphire and diamond bracelet made by Cartier in 1927 is centred on a sublime 47.07-carat cabochon Burmese sapphire of the most desirable royal-blue colour, flanked by two very substantial pear-shaped, antique-cut white diamonds of 9.27 and 8.60 carats. The soft contours of the jewels, with their hint of Eastern, Mughal influence, harmonise perfectly with the bracelet band, composed of geometric baguette diamond and square-cut sapphire elements. It possesses a mix of rare and important gemstones, with David Bennett, worldwide chairman of Sotheby’s Jewellery, describing the sapphire as “absolutely remarkable; its vibrant royal-blue colour and extraordinary clarity make it a very special stone indeed”.

The same unbeatable combination of gem quality and powerful design is found in the sapphire and diamond brooch, also by Cartier, made in 1937, during another golden age for the Maison. The chic, architectural arrangement is composed around a fan motif, suggestive of its Eastern influences, and set with graduated, calibré-cut sapphires. Other highlights include a Mystery-Set ruby and diamond flower brooch and earrings by Van Cleef & Arpels; a sapphire and diamond ring centred on a 17.48-carat Burmese sapphire; and a single-stone ring by Cartier, set with an 11.20-carat, emerald-cut, D-colour diamond. Even more than a collection, this is a wondrous wardrobe of superb 20th-century classics that were, as David Bennett sums up, “clearly assembled with both passion and joy, and cherished and worn by their owner”. 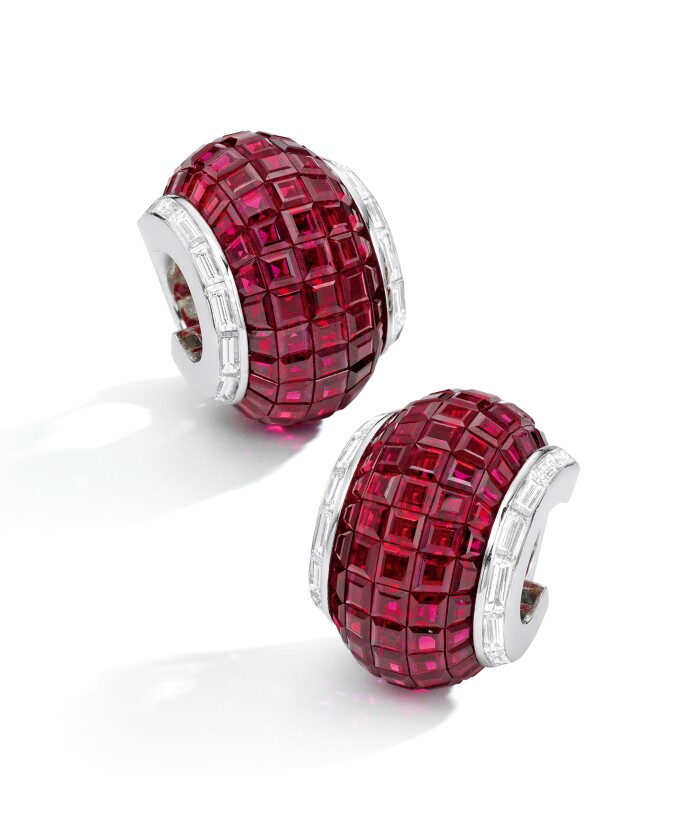 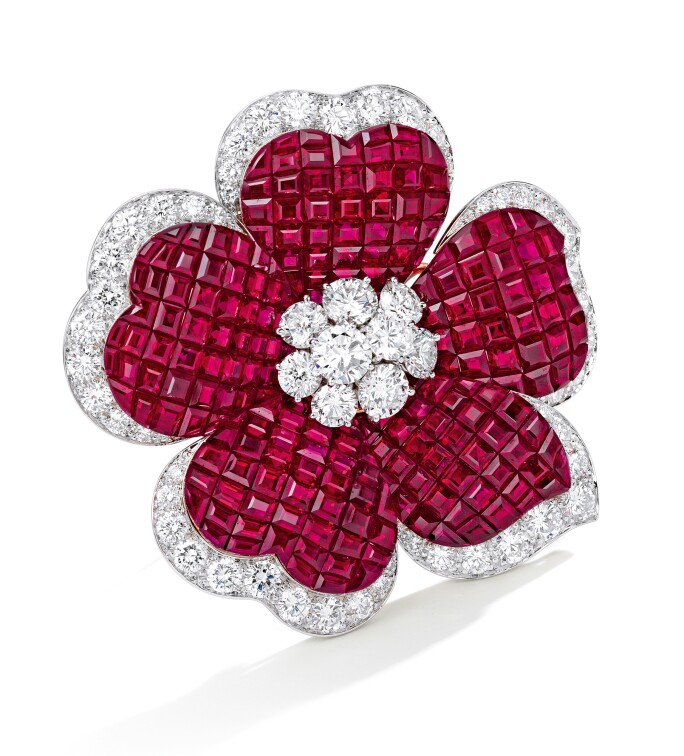 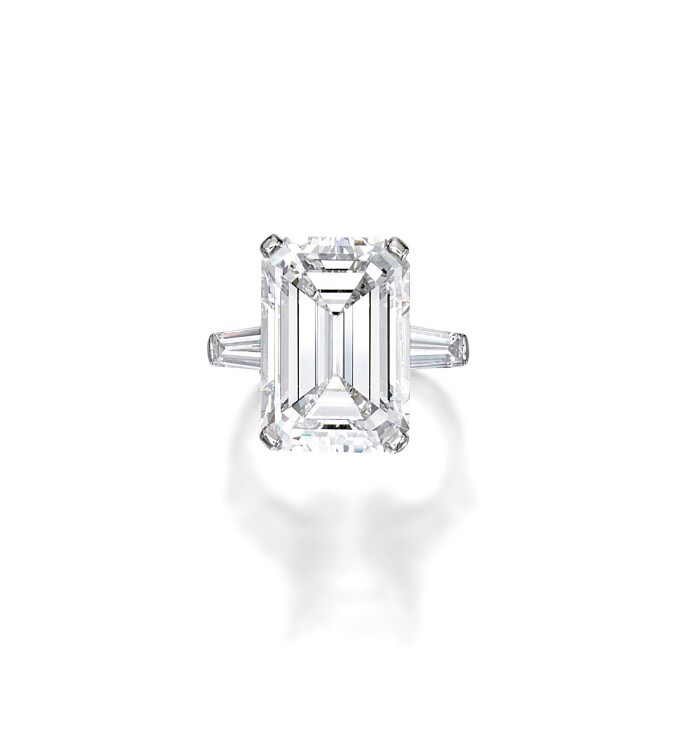 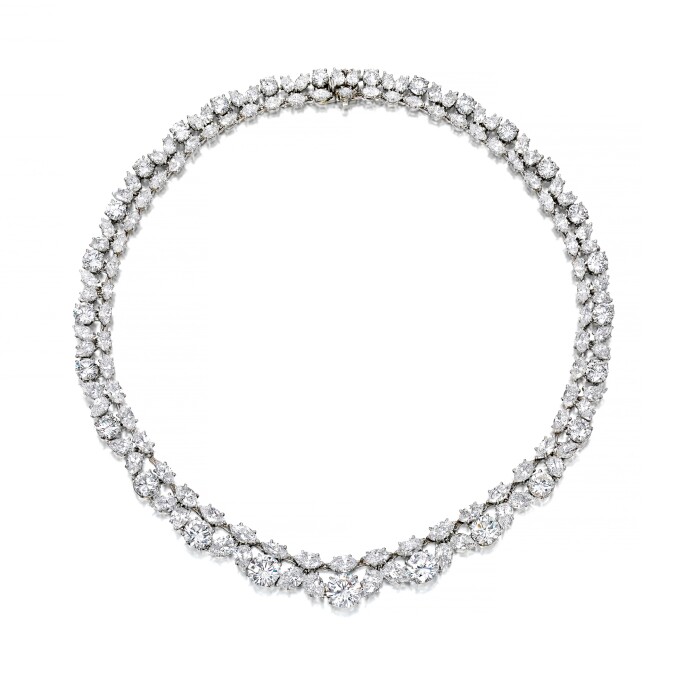