F or centuries, men – white, Western men, in particular – wrote and defined the mainstream narrative of art history. But every step of the way, there were also women – fearless students who fought for the right to attend esteemed academies; Modern muses who rose above their male counterparts and became artists in their own right, female masters who rose to prominence, and successfully secured coveted?

It's not enough, though, to embrace the relative successes achieved by female artists over the course of human history; rather, it's vital to consider why there is no female equivalent to Caravaggio, or Monet, or Picasso, or Basquiat.

American art historian Linda Nochlin addressed this question in her pivotal essay, “Why Have There Been No Great Women Artists?”, from 1980:

“By stressing the institutional – that is, the public – rather than the individual, or private, preconditions for achievement or the lack of it in the arts, I have tried to provide a paradigm for the investigation of other areas in the field. By examining in some detail a single instance of deprivation or disadvantage – the unavailability of nude models to women art students – I have suggested that it was indeed institutionally made impossible for women to achieve artistic excellence, or success, on the same footing as men, no matter what the potency of their so called talent or genius. The existence of a tiny band of successful, if not great, women artists throughout history does nothing to gainsay this fact, any more than does the existence of a few superstars or token achievers among the members of any minority groups. And while great achievement is rare and difficult at best, it is still rare and more difficult if, while you work, you must at the same time wrestle with inner demons of self-doubt and guilt and outer monsters of ridicule or patronizing encouragement, neither of which have any specific connection with the quality of the art work as such.”

Linda Nochlin, “Why Have There Been No Great Women Artists?”

Today, while the art world is beginning to become a more equal and inviting space for all people, regardless of gender, women continue to face institutional barriers on the road to renown. And despite our best efforts, many of the same obstacles that Nochlin details in her essay – self-doubt, guilt, oversight or ridicule from critics – continue to plague female artists and art workers.

Progress is a journey; and while gender inequality no doubt remains, there are women artists, critics, curators and collectors who are fighting to change the art world. Below, we celebrate some of these women through stories, videos and virtual discussions. 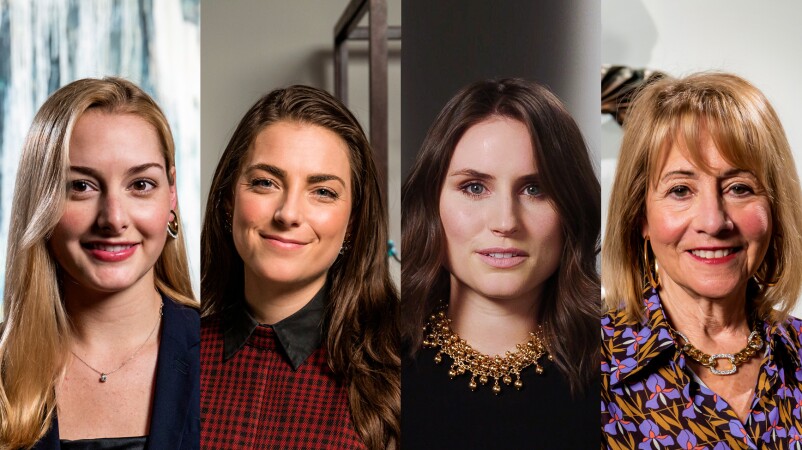