Join Art Historian Katy Hessel, National Gallery Curator Letizia Treves and Sotheby's Senior Specialist Edoardo Roberti, in an exclusive webinar on pioneering 17th-century artist Artemisia Gentileschi, to celebrate the opening of 'Artemisia' at the National Gallery in London, proudly sponsored by Sotheby’s. The panelists will explore Artemisia’s extraordinary life as a female artist in the 1600s, and how her pioneering work inspired some of the greatest women artists of our time. In Parnership with Intelligence Squared.

Letizia Treves graduated in History of Art at the University of Cambridge and received a PhD from The Courtauld Institute of Art, writing her dissertation on Michelangelo's drawings used by Daniele da Volterra. She worked for Sotheby's London and since 2013 has held the post of Curator of Italian and Spanish Paintings 1600-1800 at the National Gallery, London.

Katy Hessel is a curator, writer, broadcaster and art historian based in London. She runs the @thegreatwomenartists Instagram accout which has celebrated women artists on a daily basis since 2015, and now has over 170k followers. The Great Women Artists Podcast was listed as one of British Vogue and the Evening Standard's best podcasts of 2020 which Katy writes, hosts and produces.

Hessel recently curated Dwelling is the Light, the first in a series of online exhibitions for Timothy Taylor Gallery, featuring the work of artists such as Kiki Smith, Hope Gangloff and Hilary Pecis.

Edoardo Roberti joined the London Old Master Paintings department in early 2007 after obtaining a Master’s degree in French and Spanish Literature from Saint Catherine’s College, Oxford, and was appointed a Senior Director in 2017. Edoardo spent two years in New York sourcing works for the major New York Old Master January sale, before moving back to London in 2017, but continues to be an active member of the New York Old Masters team.

His principal focus and interest lies in Italian pictures with close ties to the major Italian collections, scholars and dealers. Edoardo has been involved in numerous notable sales including Correggio’s rediscovered Madonna and Child, now in the National Gallery of Victoria, Australia, as well as Dosso Dossi’s rediscovered Jupiter and Semele. 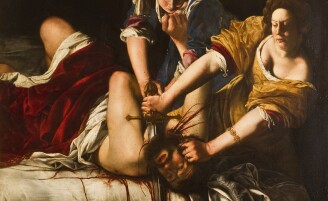