The Quiet Strength of Happy Rockefeller

By Anthony Calnek
A pioneering force in breast cancer awareness, Happy also made an indelible mark on society and the arts.

N ineteen seventy-four was among the most traumatic years in modern American history: Richard Nixon resigned in disgrace following the Watergate scandal, just a year after his vice president, Spiro Agnew, pleaded guilty to tax evasion and left office. Gerald Ford ascended to the presidency and one of his first acts was to nominate New York state governor Nelson Rockefeller as his vice president. Yet, although the country had a new administration, the healing process would be long and complex. The definitive account of Watergate came that same year from reporters Carl Bernstein and Bob Woodward in their best-selling book All The President’s Men (Simon & Schuster). But it was two women – Betty Ford and Happy Rockefeller, the new first and second ladies – who provided perhaps the greatest examples of strength for a nation sorely in need of profiles in courage.

A decade earlier, then-Governor Rockefeller had married Margaretta “Happy” Fitler Murphy. It was a second marriage for both, generating a fair amount of tabloid coverage, but by 1974, when Nelson was tapped to be vice president, that was old news. Soon after, the country was astonished to learn that their soon-to-be new second lady suffered, as Betty Ford did, from breast cancer, and would undergo two mastectomies. Courageously, she announced it to the nation. Breast cancer was hardly unknown, but at the time it was virtually unheard of for well-known women to reveal their condition publicly. Before pink ribbons, Betty Ford and Happy Rockefeller did more than anyone before them to raise awareness of this threat to women’s health.

Happy died in 2015, at age 88. Several obituaries were published, and now the sale at Sotheby’s of Property from the Collection of Nelson & Happy Rockefeller provides another opportunity to appreciate her many contributions, mostly little-known, to the worlds of culture and politics. Happy was born into a wealthy Philadelphia family, and through her first husband had become close to several members of the Rockefeller clan. In its obituary, The New York Times reported that Happy was a confidante of Nelson’s father, John D Rockefeller Jr, the son of Standard Oil’s founder and one of the richest men in the world. She worked on Nelson’s first campaign for governor and, after they married, Happy entered a world at the height of cultural sophistication, and of stupendous wealth. 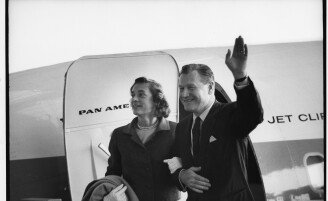 New York
From MoMA to Washington: How Nelson Rockefeller Redefined the Role of the Art Patron & Politician for the 20th Century

In their grand apartment on New York’s Fifth Avenue and at Kykuit, the Rockefeller estate in Pocantico Hills in upstate New York, Nelson had already amassed a wide-ranging collection of art and design. Many of the great masterpieces he acquired were donated to museums, but Happy held on to important pieces throughout her life, along with the decorative arts objects and significant pieces of jewellery.

When Happy married Nelson, the governor was seeking to capture the 1964 Republican presidential nomination against Barry Goldwater, and she dutifully joined him on the campaign trail. According to the Times, “she was an unexpected hit, with many voters responding warmly to what they called her cheerful, artless charm”. She never sought the spotlight during her 16-year marriage to her famous husband, but Nelson’s biographer, Richard Norton Smith, revealed that she nonetheless exerted influence. In a letter to the Times following Happy’s death, Smith wrote that her “quiet advocacy, first with her husband and then with the State Senate president, Earl W Brydges, helped bring about the historic repeal of New York’s ban on abortion in 1970”. As the wife of the vice president, following her recovery from cancer she assumed a more visible role. The couple entertained heads of state and dignitaries at Kykuit and 812 Fifth Avenue – events in which Happy was actively involved.

At that time, the US Naval Observatory in Washington, DC became the official residence of the vice president. Happy worked with the architects during construction and while furnishing the house. She also donated her mother’s Chippendale dining room set as well as other furniture that remained at the residence after Nelson left office.

Inside the Prize Porcelain Collection of Nelson and Happy Rockefeller 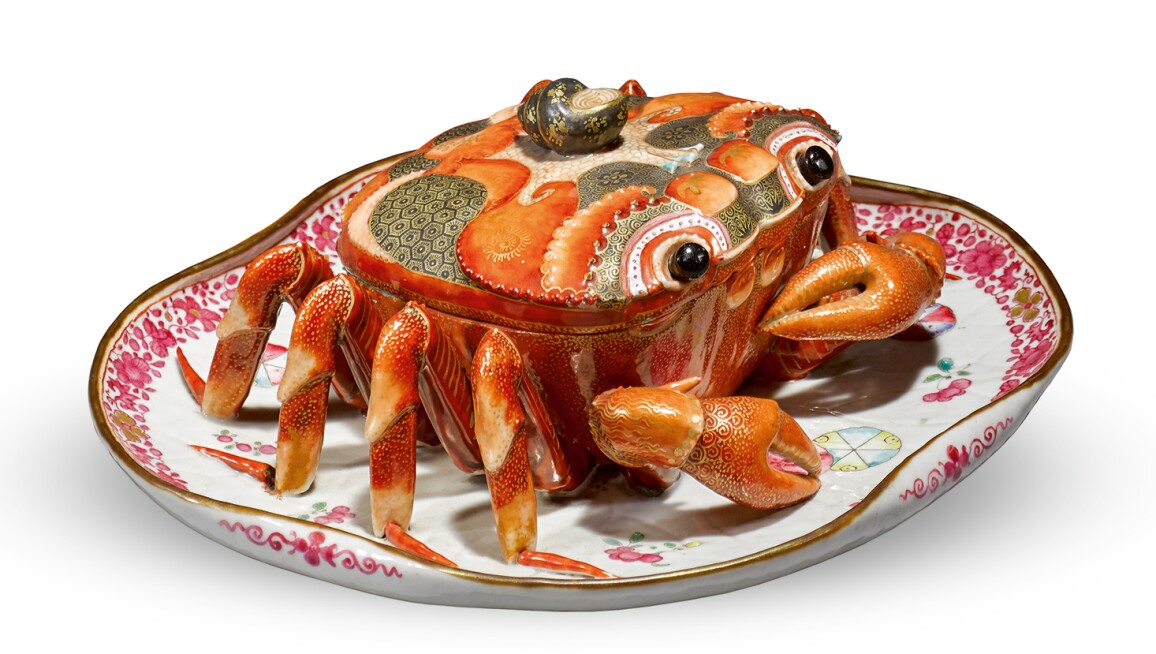 Happy was also actively engaged in historic restoration closer to New York, serving as a trustee of Sleepy Hollow Restorations, Inc. In a 1975 Vogue profile, “Happy Rockefeller Now”, Kate Lloyd visited her at Kykuit. “I’m crazy about history and nature,” says Happy in the article. Of her work for Sleepy Hollow Restorations, Lloyd reported that she “has a warm, informed, informal relationship with the curators”. But there was one issue, above all, that most animated her. “The family, of course, is the essential structure of our society,” she told Lloyd. “In the past, Americans had a terribly strong family structure... I worry about some of the so-called modern trends, and the possible danger of the young losing their initiative.”

Following Nelson’s sudden death in 1979, Happy certainly didn’t lose any of her own initiative. She continued to entertain at 812 Fifth Avenue and the Japanese House, another Rockefeller home, which she moved into after Kykuit was given to the National Trust for Historic Preservation and opened to the public. In 1991, President George HW Bush appointed Happy as a public delegate to the United Nations. “Her personal diplomacy reaffirmed the validity of her childhood nickname,” wrote Norton Smith of her time there.

It was to the UN that, in 1985, Happy lent Picasso’s famous tapestry after Guernica, which still hangs outside the Security Council, a perfect place for Picasso’s great anti-war painting. She also staked out the performing arts as an area to support, becoming president of the board of the Saratoga Performing Arts Center, just north of Albany. Upon her death, Smith summed up the achievements of this remarkable woman: “Long after tabloid caricatures have faded, Americans remember Mrs Rockefeller’s personal gallantry and public contributions.”

Anthony Calnek is Editor in Chief of Sotheby’s Magazine. 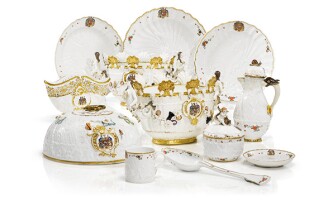 Past Auction
A Collecting Legacy: Property from the Collection of Nelson & Happy Rockefeller
18 January 2019 | 10:00 AM EST | New York