N apoleon ordering the invasion of England; Winston Churchill to Lawrence of Arabia, expressing his admiration for Seven Pillars of Wisdom; Ronald Reagan to one of his closest personal allies on the changes he has just witnessed on his visit to Moscow as glasnost took hold; documents bringing to life the folly of the Charge of the Light Brigade; Robespierre ordering arrests during the Terror; Catherine the Great on the construction of St Petersburg’s largest Cathedral; George III writing to Napoleon of “friendship and goodwill”.

These are just a few of the historical moments preserved in this second selection from a remarkable collection of letters and documents, which was assembled by a discerning connoisseur over a period of some twenty years. This final sale, which comprises entirely fresh material, covers four centuries of European history, from Philip II of Spain to the end of the Cold War, but once again has a particular focus on the Napoleonic period. Several important letters by Napoleon are included, from his crucial command in Italy in 1797 to preparations for the defence of France following the disastrous March on Moscow, as are many letters by his Marshals, allies, and enemies. There are letters by monarchs of Britain, France, Russia, and elsewhere – even the powerful Ethiopian Emperor Theodore II. Wider culture, especially of the 19th century, is represented in letters by figures including Oscar Wilde, Monet, Renoir, Voltaire, and others. This is a sale that once again reveals the potency of the autograph letter to convey history in manuscript form. 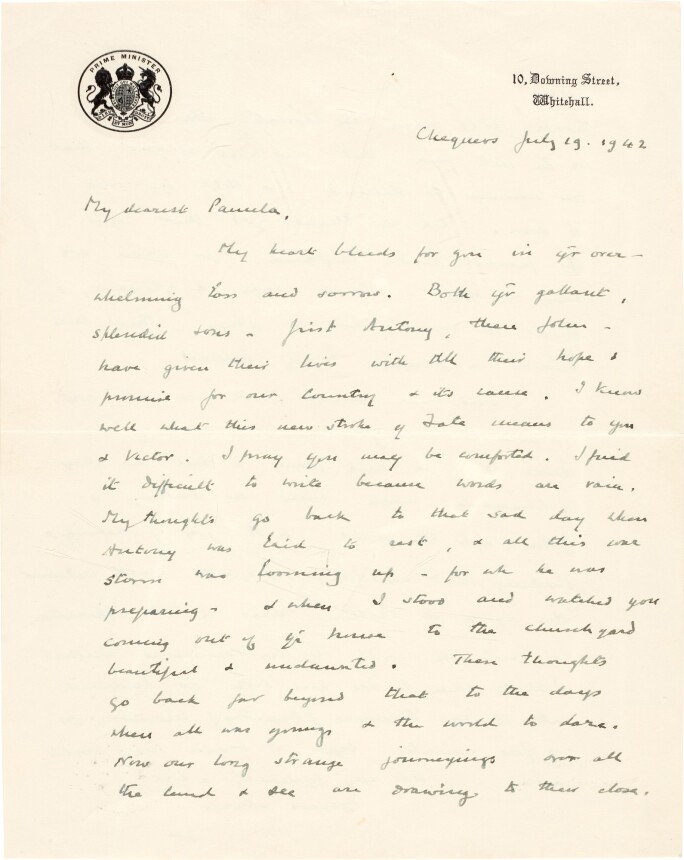 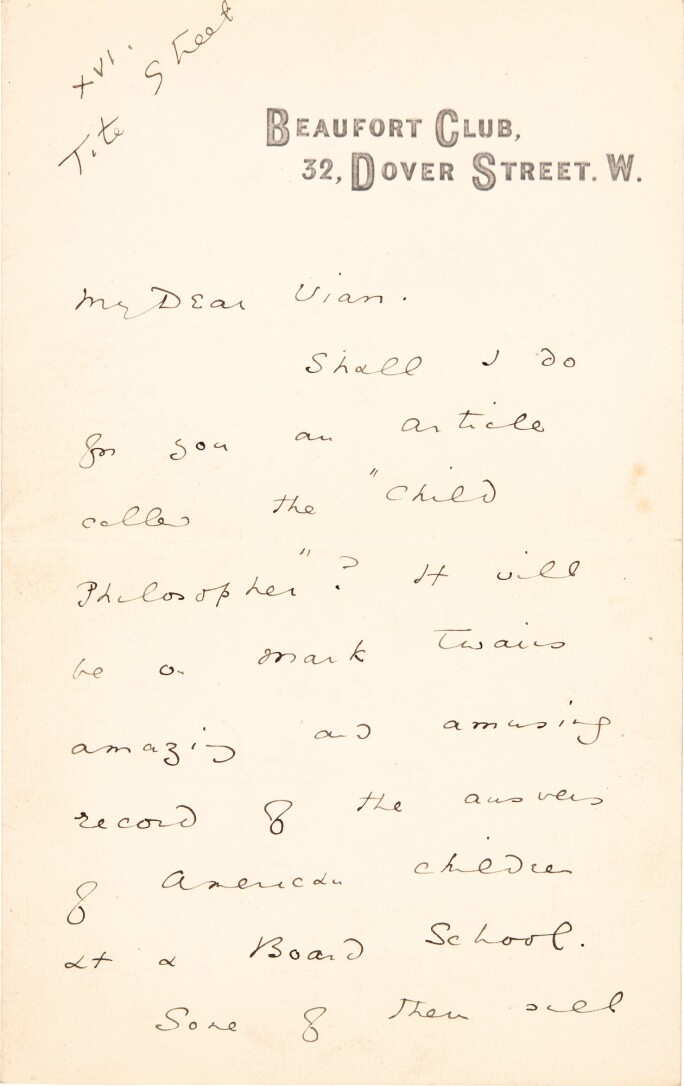 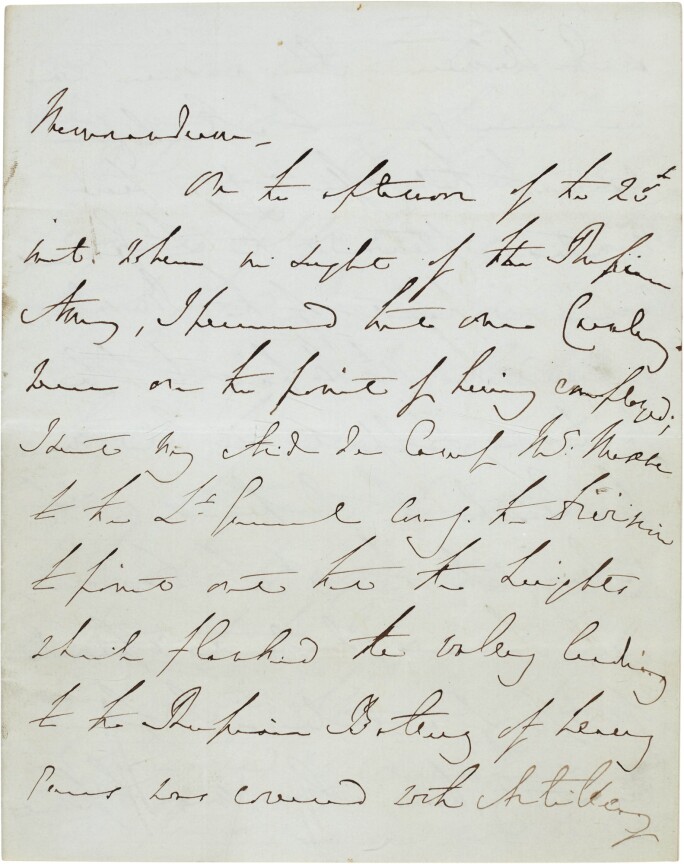 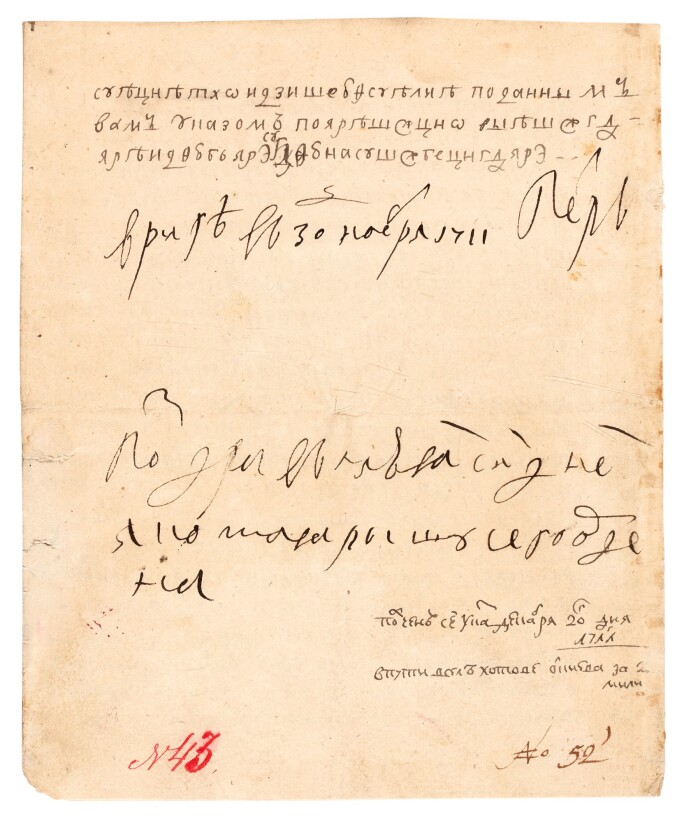 Probably the most significant and revealing series of letters by Reagan as President to ever be offered at auction. Reagan's letters to George Murphy, the fellow actor and Republican politician he referred to as "my John the Baptist".

"...I am looking forward to putting our mandate into action. I'm aware it will be all uphill but we'll keep climbing..."

This correspondence provides a narrative of a presidential career from his nomination campaign to his departure from office. The most significant letters in the series are undoubtedly Reagan's two letters written after meetings with Gorbachev, but the series also touches on the Iran-Contra affair, Apartheid, the President’s complaints of liberal media bias, and his candid opinions on democratic election hopefuls and political opponents.

George Murphy (1902-92) was the first prominent Hollywood actor to launch a major national political career as a US Senator. The first of these letters dates from 1968 but the relationship between Murphy and Reagan went back to their careers in Hollywood in the early 1940s.

The sale features a selection of signed and inscribed photographs of some of the greatest minds and famous faces of the last century including an early signed photograph of Oscar Wilde. 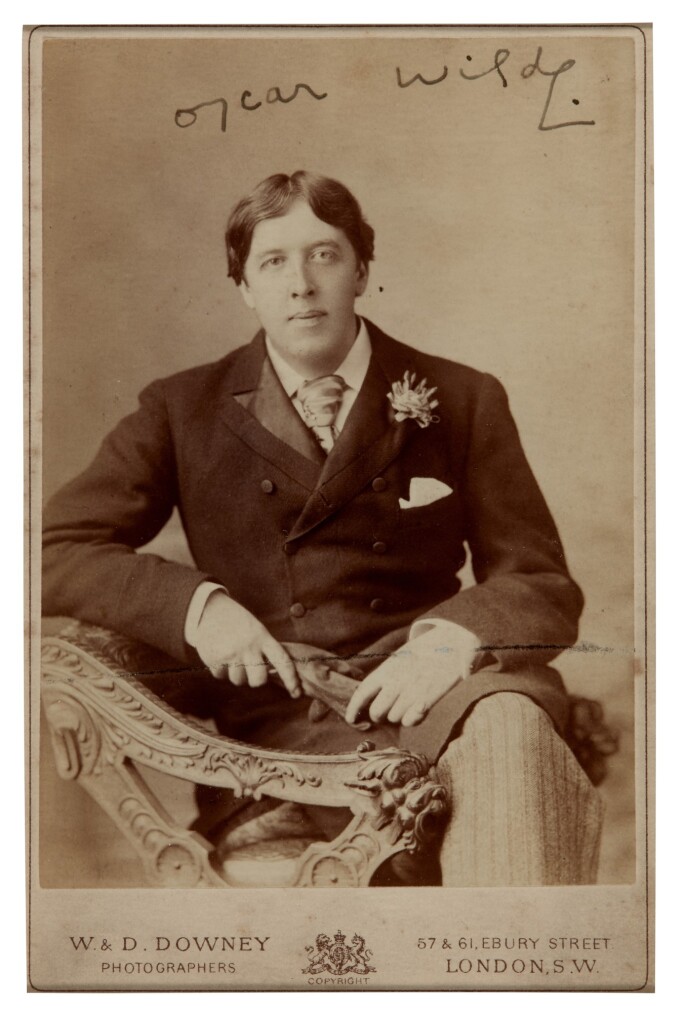 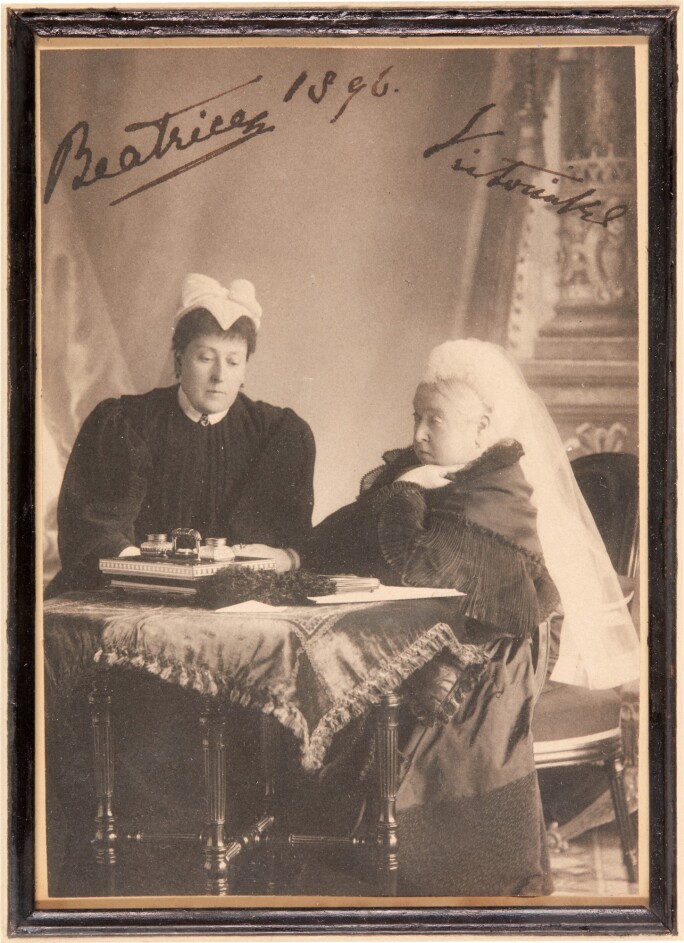 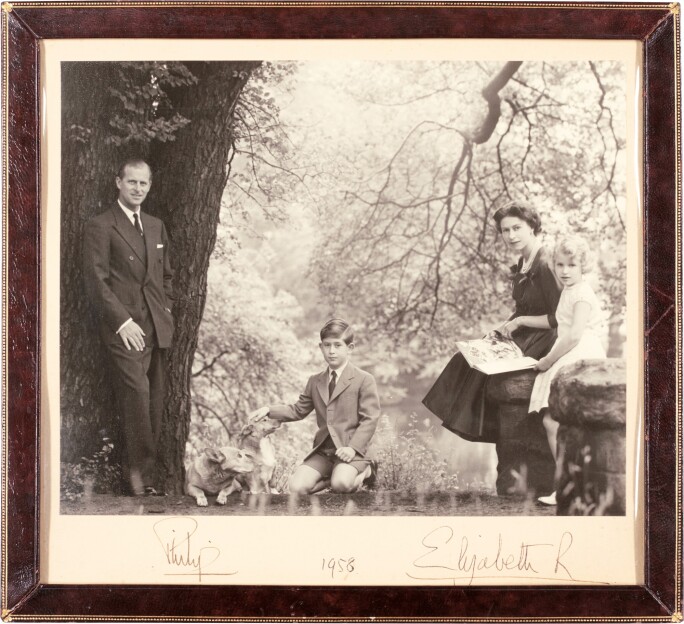 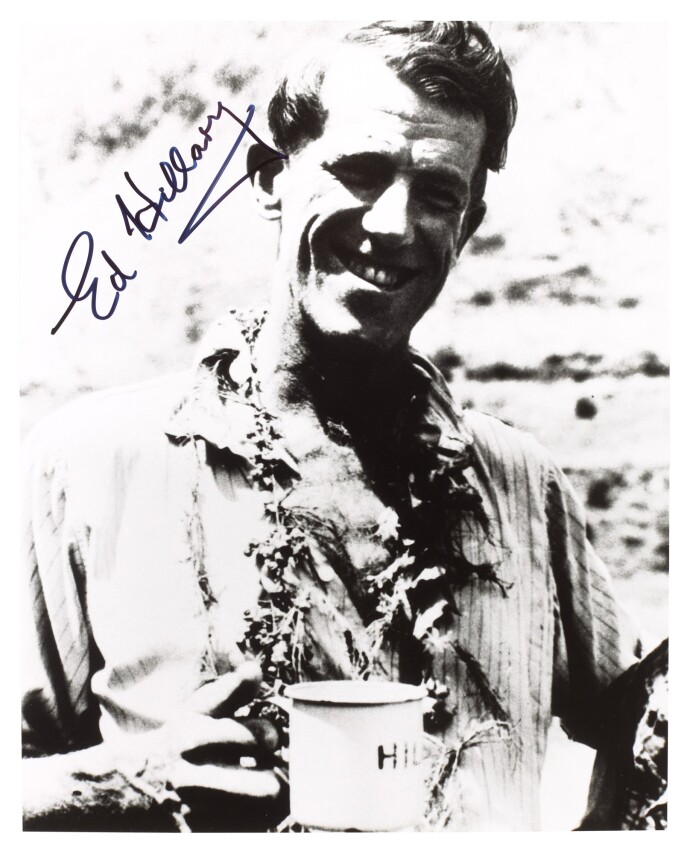 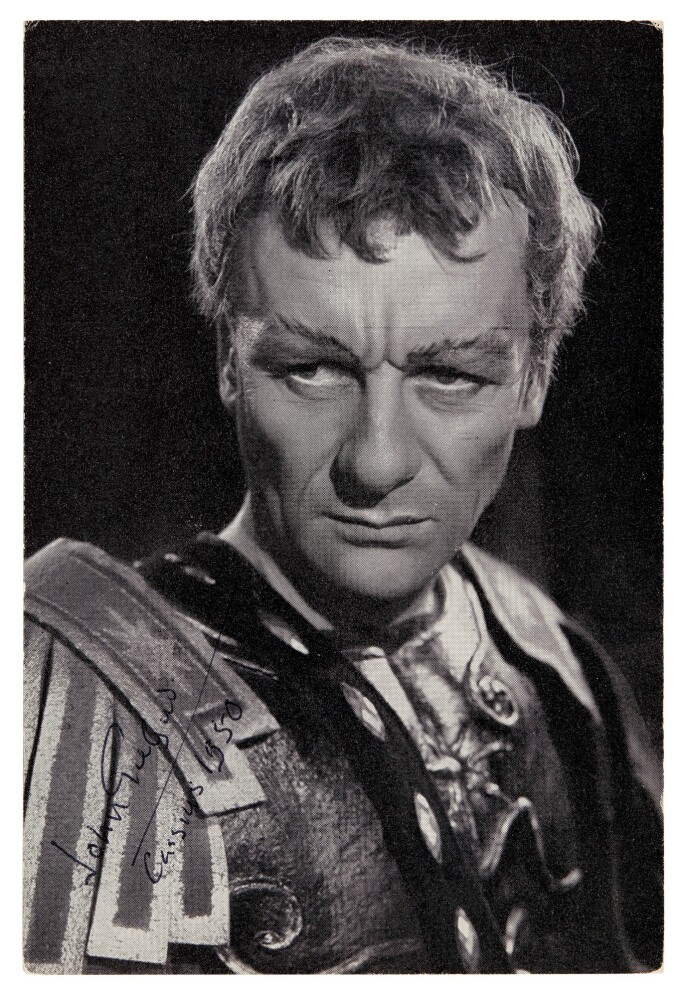 Charge of the Light Brigade

The brave but disastrous Charge of the Light Brigade, commemorated in Tennyson’s famous poem, is one of the most famous events in British military history. The current sale includes an archive of military papers of Lord Lucan, who led the British Cavalry in the Crimean War, providing a deep insight into the character of one of those most responsible for the debacle at Balaclava. The sale also includes a memorandum describing the events of the Charge itself written just days later by the Earl of Cardigan, the man who had led the charge into the Russian lines. 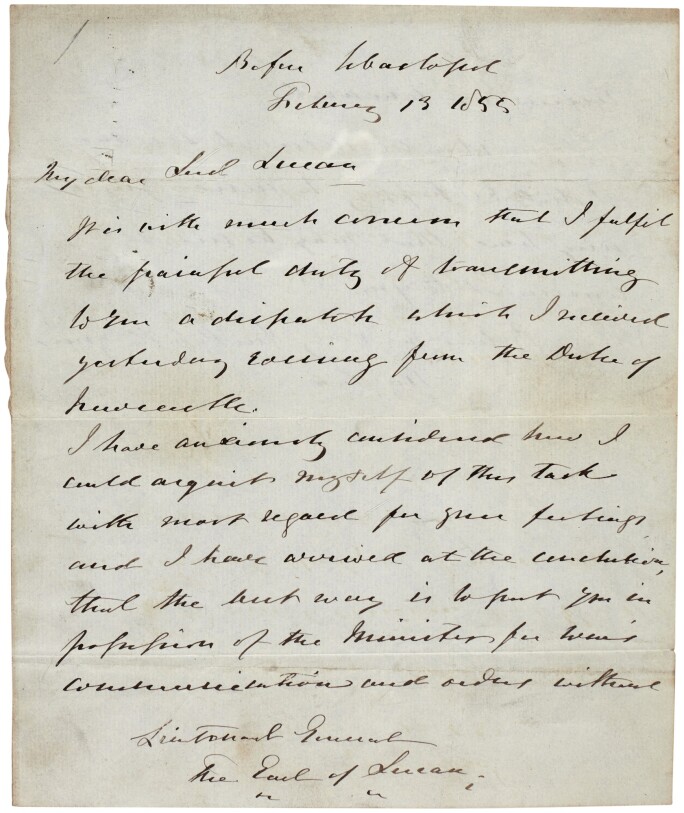 This collection reflects our abiding fascination with royalty and includes letters and documents by many of the most famous monarchs from Britain, Russia, Spain, and many other nations. 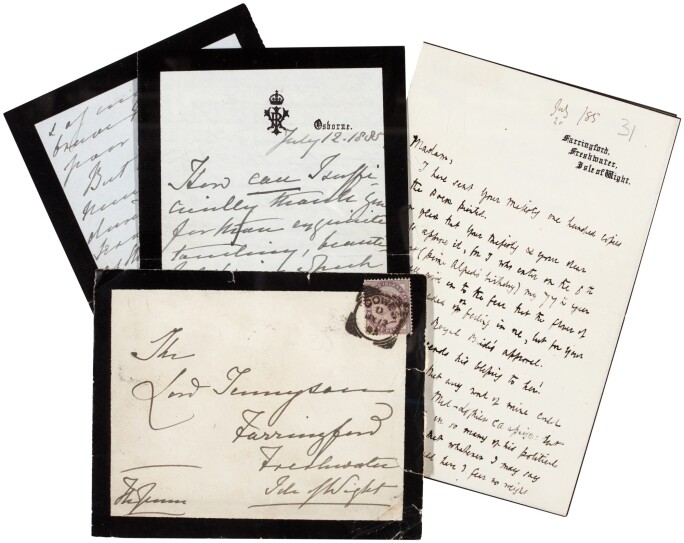 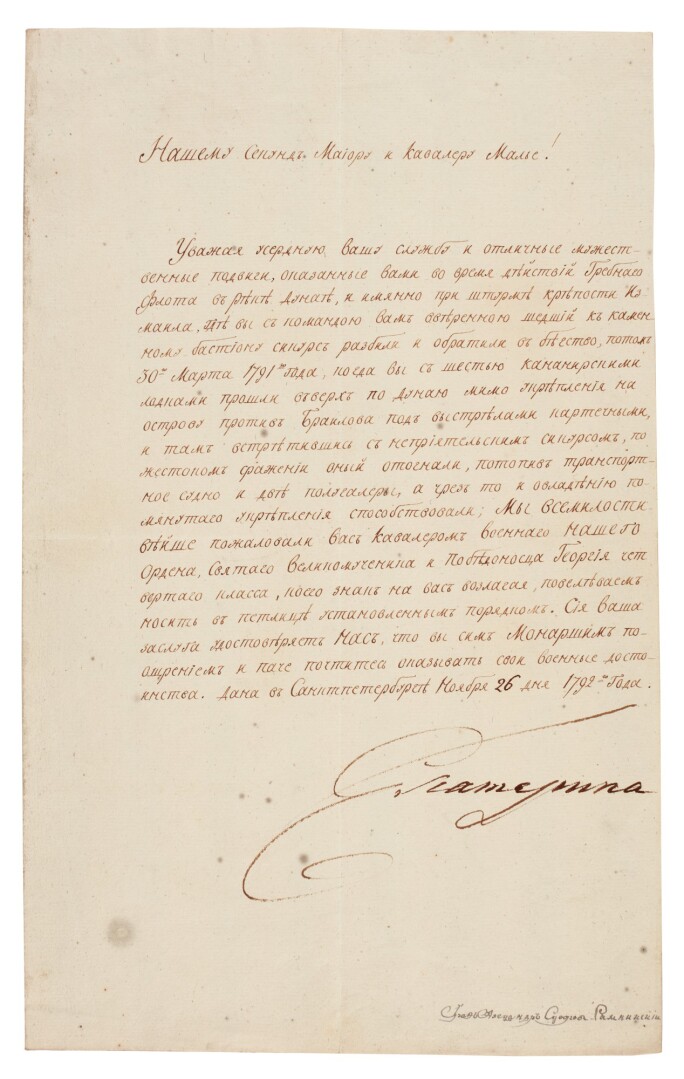 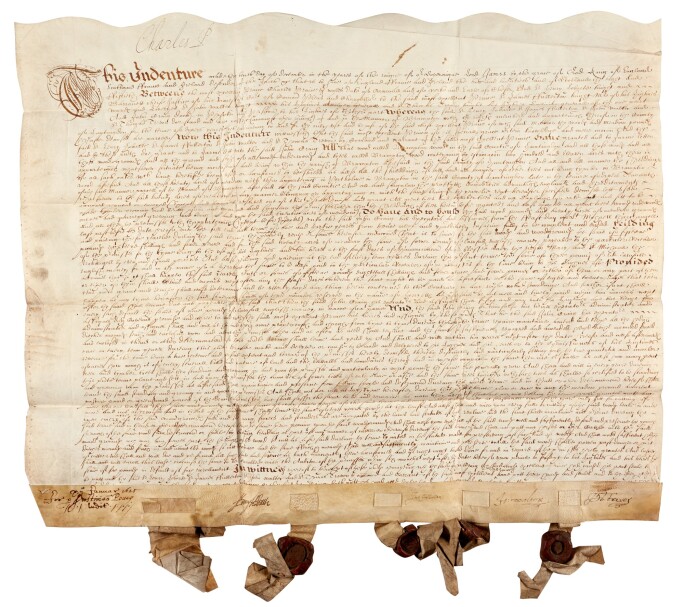 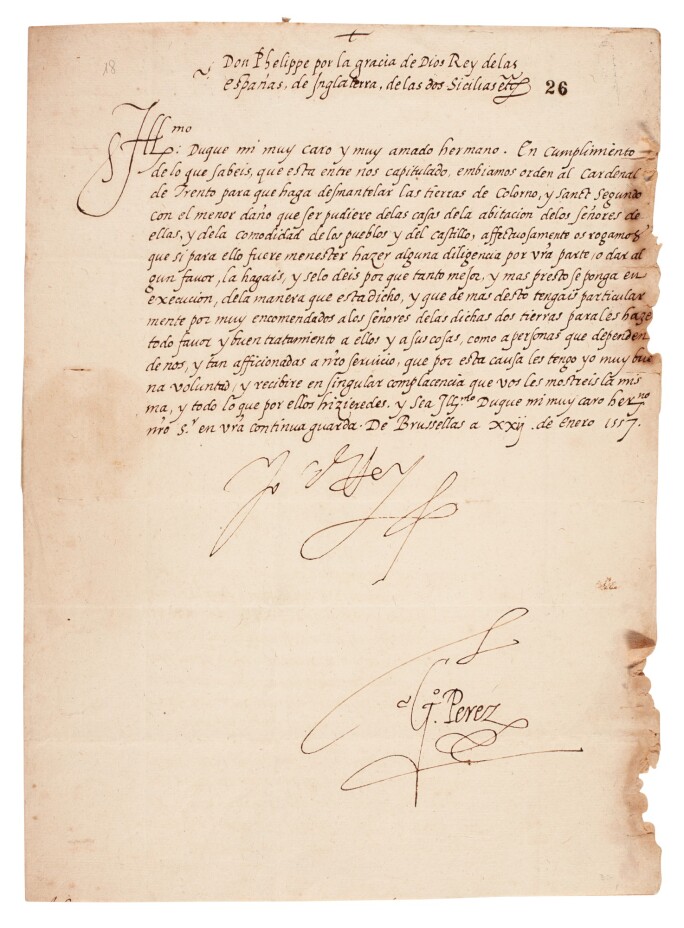 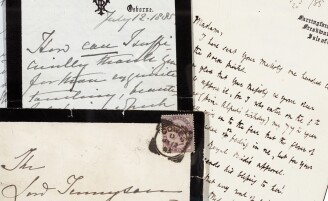