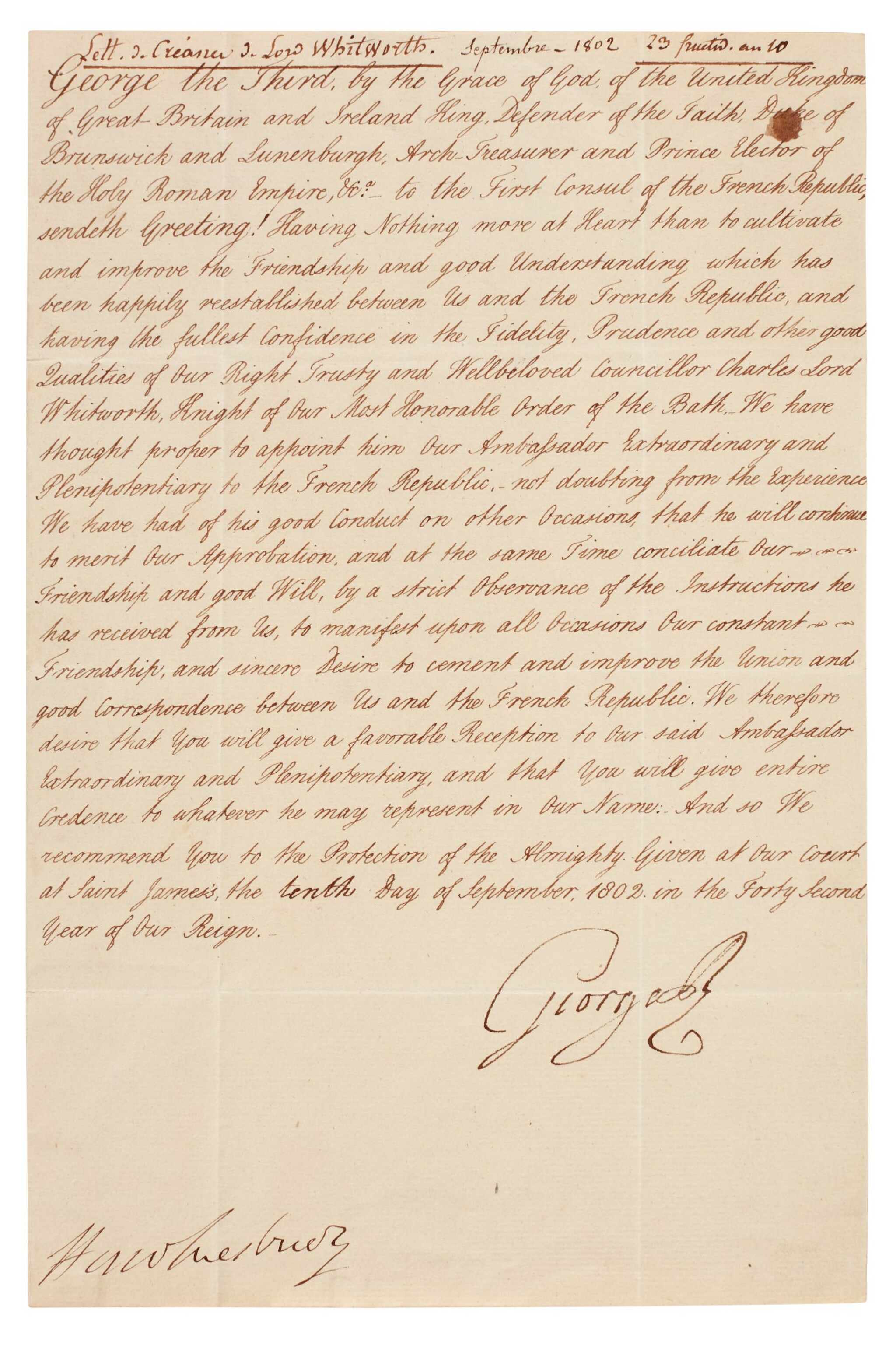 introducing Lord Whitworth as his ambassador ("...not doubting from the Experience We have had of his good Conduct on other Occasions that he will continue to merit Our Approbation and at the same Time conciliate Our Friendship and good Will, by a strict Observance of the Instructions he has received from Us, to manifest upon all Occasions Our constant Friendship, and sincere Desire to cement and improve the Union and good Correspondence between Us and the French Republic..."), countersigned by Lord Hawkesbury as Foreign Secretary, 1 page, folio, integral address leaf, docketed ("Lett. De Créance de Lord Whitworth. Septembre - 1802 23 fructid[or] an 10"), St James's Palace, 10 September 1802

GEORGE III WRITES TO NAPOLEON. In this exceptional letter the British King introduces his ambassador, Charles Whitworth (1752-1825), who was to remain the British representative in Paris throughout the brief and fragile Peace of Amiens. Neither France nor Britain expected the peace to last, despite the warm words of this letter of introduction, and Whitworth endured a series of increasingly hostile meetings with Napoleon during his months in Paris. For the King's advice during this period see lot 43. The French leader accused the British of breach of treaty and subjected Whitworth to a tirade of abuse at a public reception at the Tuileries Palace on 13 March 1803. Whitworth left Paris on 12 May and Britain declared war six days later.