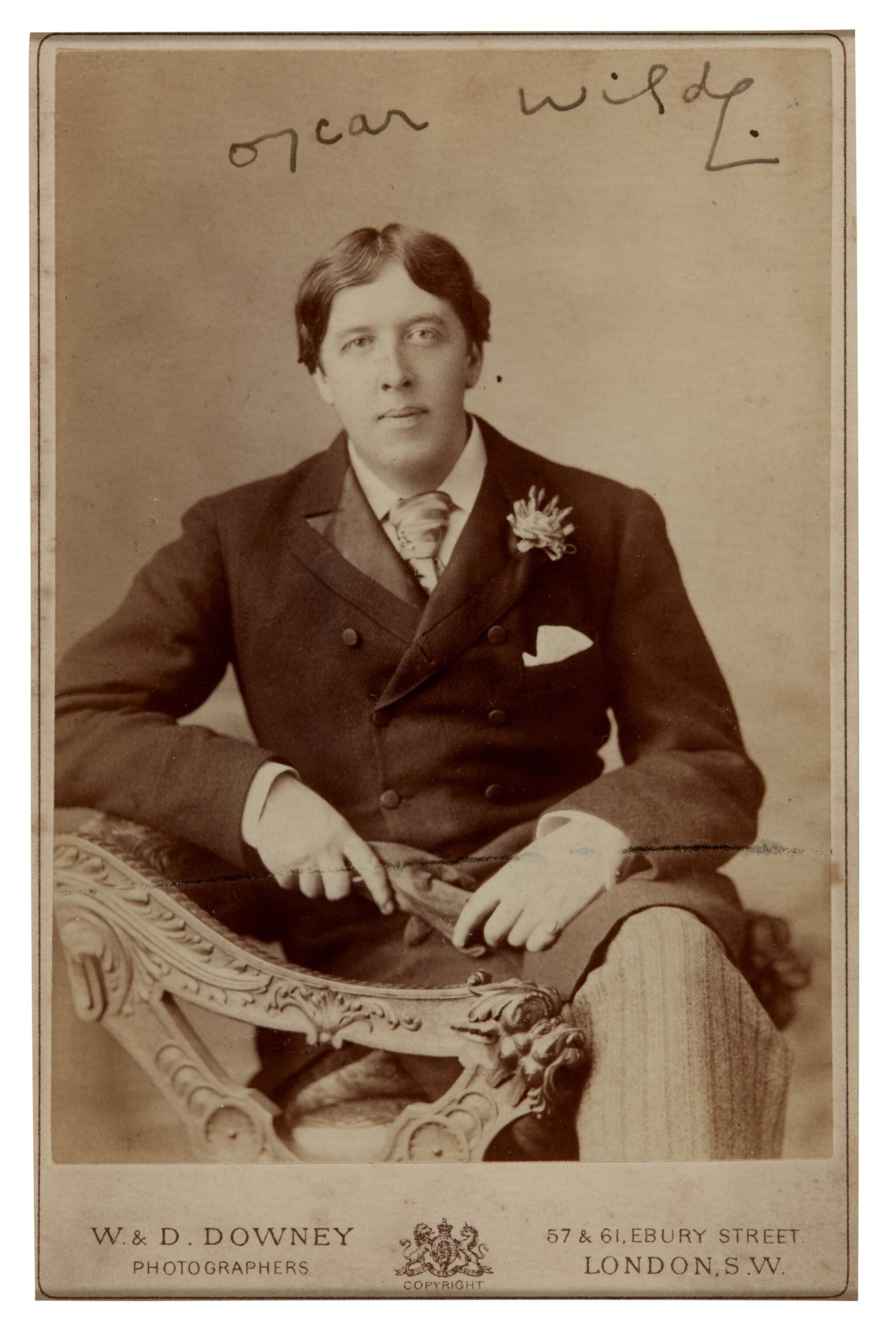 [with:] Constance Wilde-Frederick Kingsbury, photographic portrait, head and shoulders, cabinet photograph mounted on card with photographer's label (c.165 x 110mm), SIGNED BY THE SITTER ON THE IMAGE AND DATED 1892

A FINE PHOTOGRAPH OF WILDE AT THE HEIGHT OF HIS SUCCESS WITH A FINE AND CLEAR SIGNATURE. This well-known photograph of a dapper Wilde seated on an ornate stool was taken in the photographer's London studio in 1889 but was published as part of their Cabinet Portrait Gallery of contemporary celebrities in 1891. It was presumably signed by him between that date and 1895, when his life was overwhelmed by scandal.