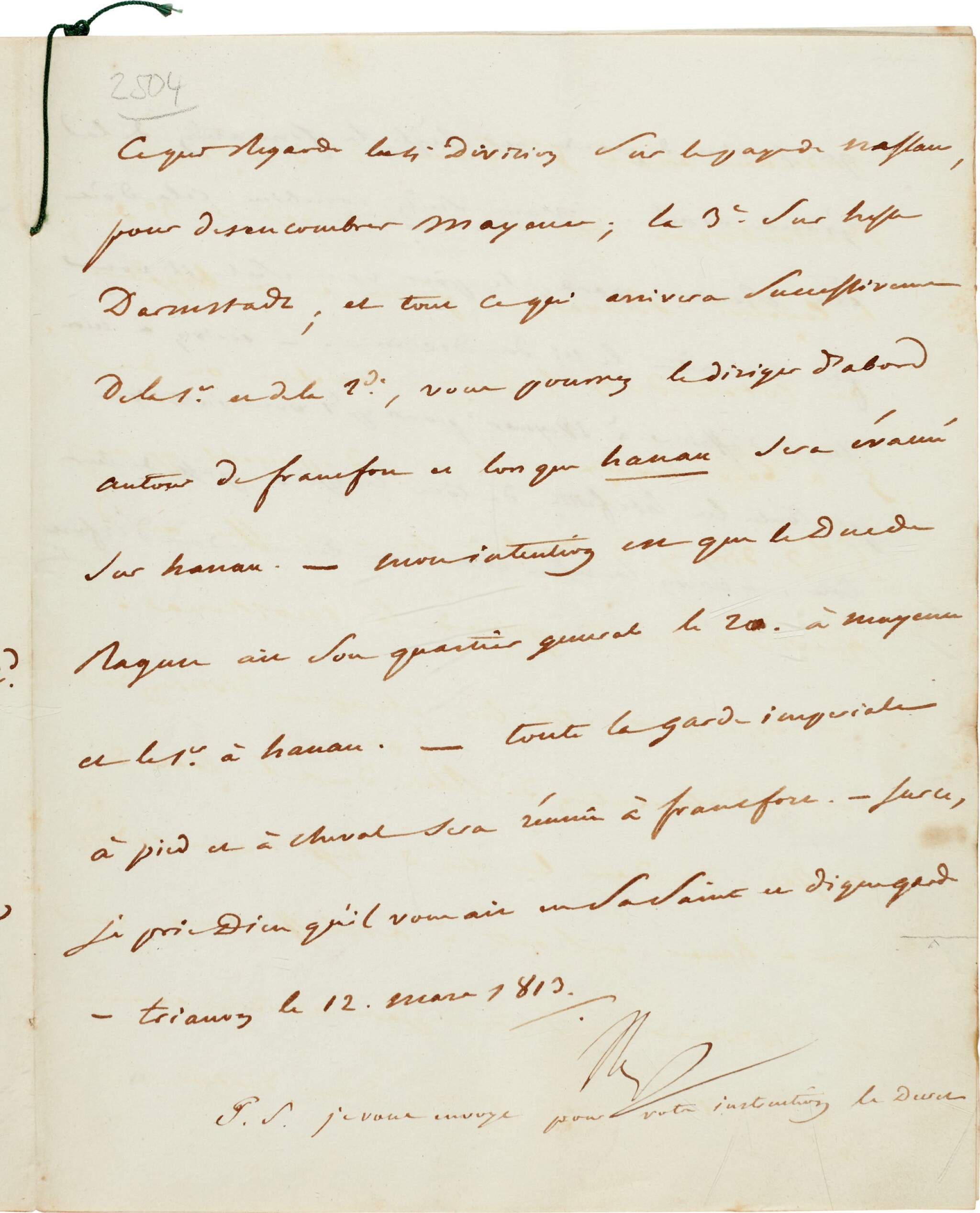 in French, laying out his general plan for the direction of the Grand-Armée under Marshal Ney ("le Prince de la Moskova"), ordering the troops under General Marchant at Hanau, the Duc of Ragusa [Marshal Marmont] at Mainz, and Generals Brenier, Gérard and Souham at Aschaffenburg, to march to Wurzburg and join forces under the command of Marshal Ney, explaining that he is planning that the whole of the observations corps of the Rhine should by 1 April be united under his command at Würzburg, impressing upon Kellermann that his troops should join them, if necessary leaving the 2nd observation corps in the state of Nassau, one at Darmstadt, one at Hanau and one at Aschaffenburg; Napoleon also sends him his highly secret decree regarding the general disposition of the French Armies (not present),

This is a lengthy letter by Napoleon discussing troop movements with one of his most important senior commanders. After the debacle and disastrous retreat from Moscow in 1812, Napoleon prepared the Grande Armée for a new campaign in Germany. With Prussia about to declare war on him, he was being assailed on all fronts, which possibly accounts for the rather disorganized and prolix style of this letter. Writing to Marshal Kellermann (1735-1820), an esteemed old soldier, it is apparent that Napoleon now looked to Marshal Ney to execute his plans for the defence of France. In his late seventies by the time of this letter, Kellermann's role was more as an advisor and manager, rather than as an active commander in the field, only in charge of reserve armies or observation corps.