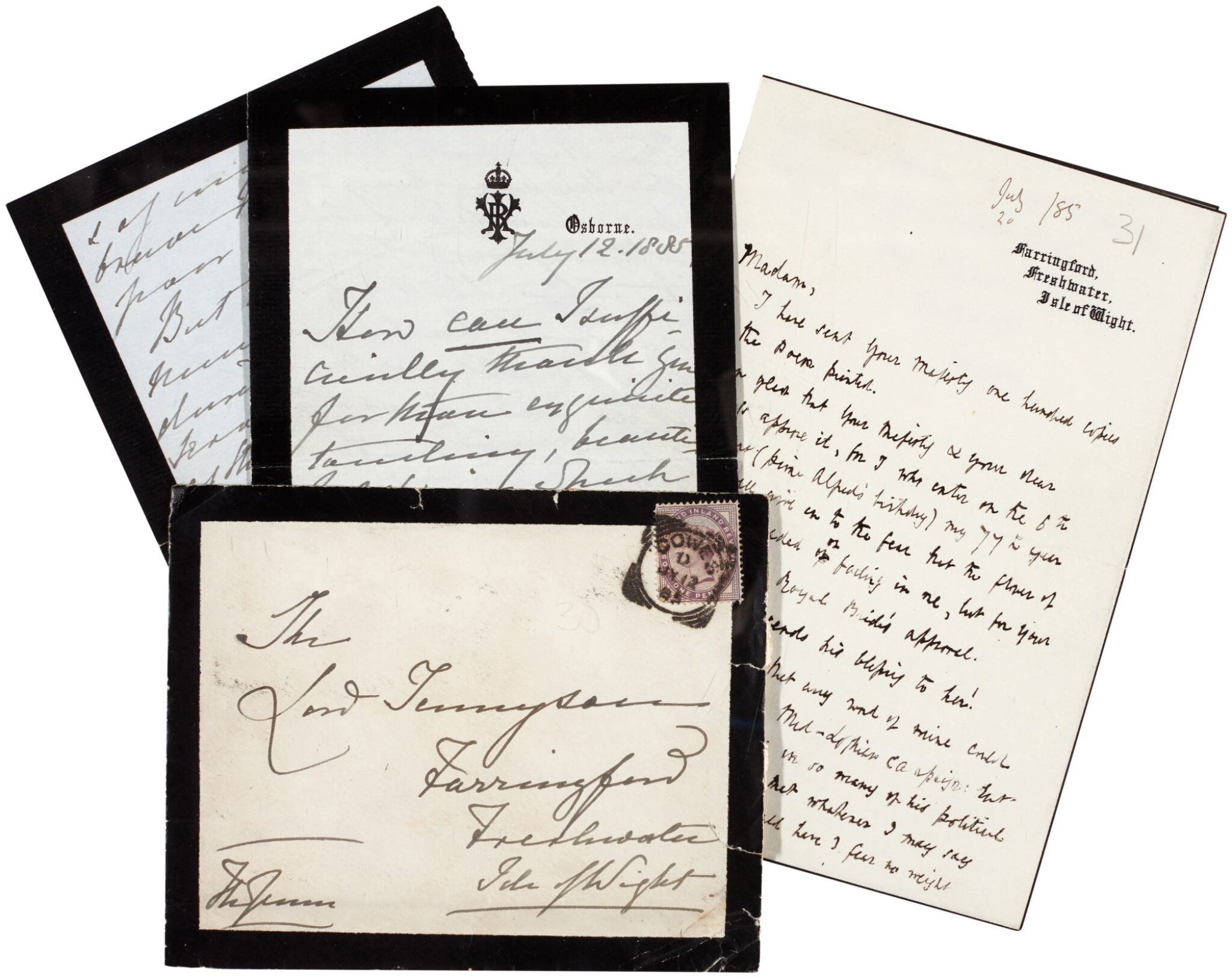 beginning with effusive thanks for his poem celebrating the marriage of Princess Beatrice ("...How can I sufficiently thank you for those exquisite, touching, beautiful Lines which I read to my beloved Child who was equally delighted...") before turning to her principal subject, her dislike of Gladstone and hope that he can be prevented from fighting the forthcoming General Election ("...Can you not have some influence with Mr Gladstone, in preventing his making another round of agitation in the autumn..."), suggesting that his oft-promised retirement would be "as much for his own reputation as for the good of the country", 5 pages, 8vo, Osborne headed mourning stationery, 12 July 1885, autograph envelope

[with:] draft autograph letter signed, by Tennyson, to Queen Victoria, replying to her letter, promising to do as she suggests "but Mr Gladstone differs in so many of his political views from myself that whatever I may say on these subjects shall have I fear no weight with him", 2 pages, 8vo, headed stationery of Farringford, Isle of Wight, 20 July 1885 (dated in the hand of Hallam Tennyson)

AN EXTRAORDINARY REQUEST BY QUEEN VICTORIA THAT HER POET LAUREATE SHOULD INTERCEDE TO BRING ABOUT THE RETIREMENT OF THE GRAND OLD MAN OF BRITISH POLITICS. Gladstone went on to win the 1885 election but his government was soon undone by disagreements over Irish Home Rule.