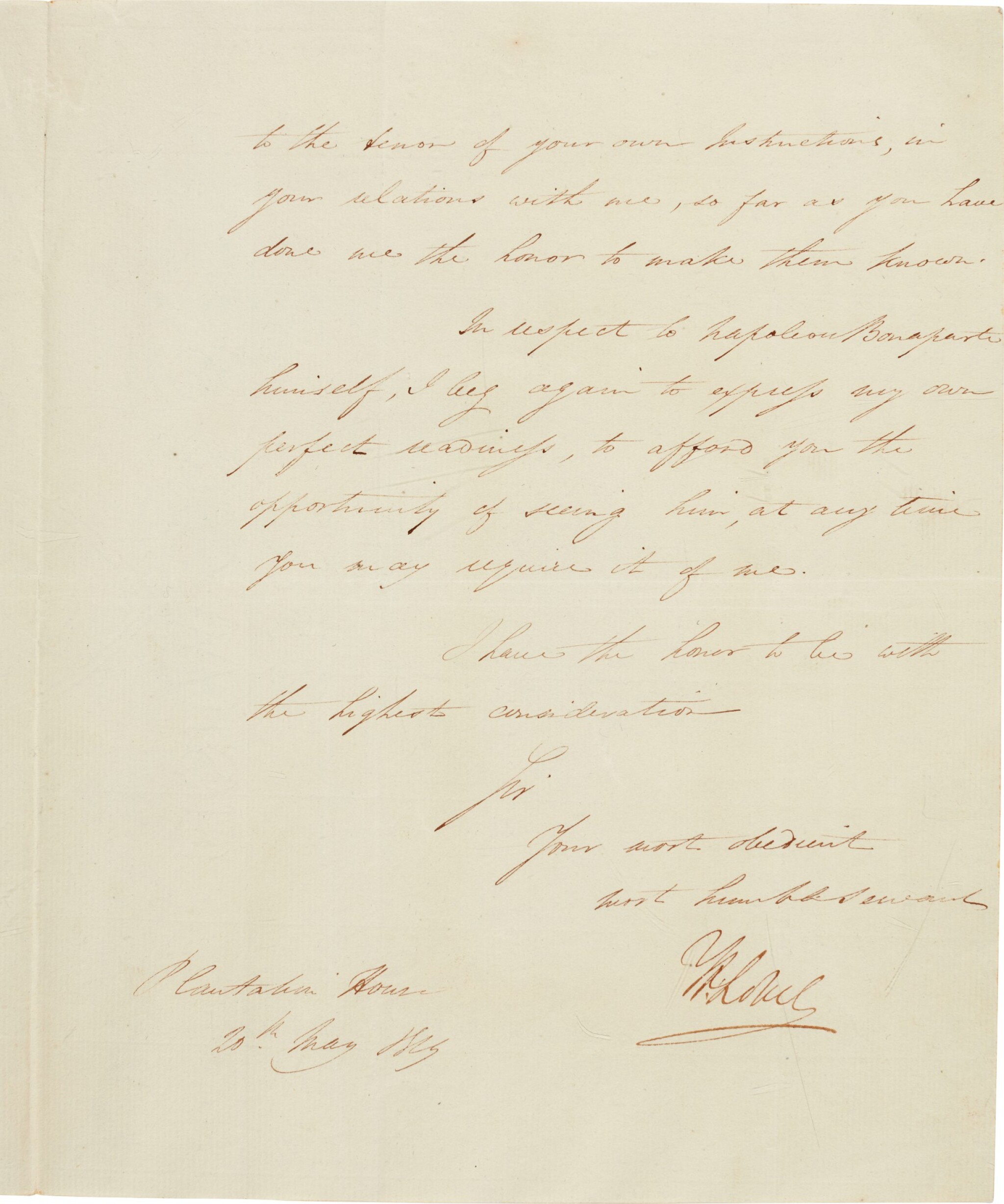 objecting in strong terms to Balmain's recent interview with Grand Marshal Count Bertrand, complaining bitterly of Bertrand's behaviour ("...The shameless falsehood and calumnies to which that Person's name has appeared & the manner in which he had attempted to implicate yours in some of them...") and insisting that Balmain should not see any of Napoleon's followers, but accepting his right to visit Napoleon himself ("...In respect to Napoleon Bonaparte himself, I beg again to express my own perfect readiness, to afford you the opportunity of seeing him, at any time you may require it of me..."), 3 pages, 4to, Plantation House, St Helena, 20 May 1819

Count Balmain, the Russian Commissioner to Saint Helena during Napoleon's imprisonment, here receives a letter of admonition from the island's governor. Sir Hudson Lowe had a notoriously bad relationship with Napoleon - they refused to meet at all during the final five years of the former Emperor's captivity - and was deeply suspicious of the Bonapartists on the island. Balmain himself described Lowe as "not a tyrant, but [...] troublesome and unreasonable beyond endurance". Nonetheless in 1820, just before leaving the island, Balmain married Lowe's step-daughter.