The Art of Space

A rtist Bill Taub was NASA’s first senior photographer, covering every major NASA event from the beginning of project Mercury to the end of Apollo; nearly every official photograph of the Mercury, Gemini and Apollo astronauts were taken by Taub, and the wonderful informative captions found on the backs of photos distributed to press were written by him.

At the age of 17, Taub was offered a job building aircraft models at NACA’s Langley Field in Hampton, VA. Shortly after he arrived, he succeeded in photographing the spark an engine inside a cylinder using his personal Leica camera, something that NACA’s official photographers had been unable to capture (as they were using the wrong equipment).

“But you’ve got to remember I was an artist, and I was an amateur photographer, more than that, and I loved to take pictures, so I was looking to take pictures that were different, and that’s how that came about, you know, to have a sense of the artistry to them.”

This caught the attention of officials at Langley, who then offered him a new job as a photographer – and the rest is history. “I had the privilege to be there to record it. I made sure I recorded it to the best of my ability, because I have a sense of history.” Taub was often one of the last people to see the astronauts before liftoff, earning the nickname “Two More Taub” for his insistence on snapping just a couple more shots. 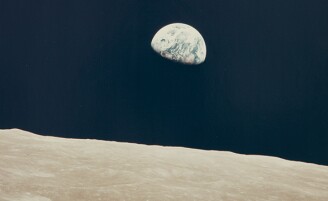