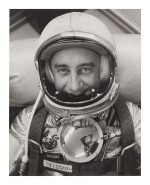 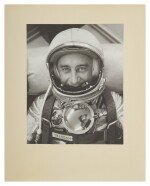 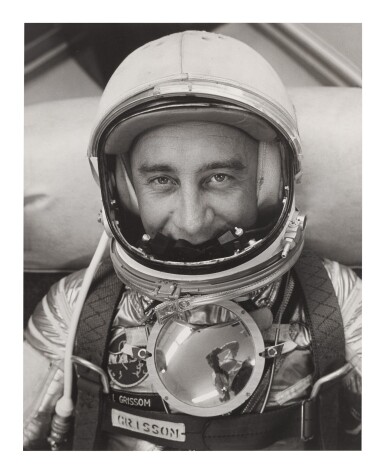 A REMARKABLE PORTRAIT OF GUS GRISSOM

With the reflection NASA senior photographer Bill Taub captured in Grissom's silver spacesuit, the present image offers a wonderfully candid and intimate portrait of one the Mercury Seven.

Grissom's career with NASA began in 1959, when he received an official teletype message, classified as "Top Secret," instructing him to report to an address in Washington, D.C., wearing civilian clothes. Of the 508 military candidates considered for Project Mercury, Grissom was one of 110 test pilots whose credentials had earned them the invitation to learn more about the U.S. space program. Tragically, Grissom was the first of the Mercury Seven to die⁠—along with fellow astronauts Ed White and Roger Chaffee—in the Apollo 1 disaster.