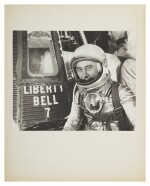 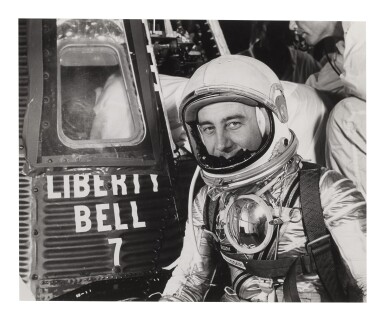 A STRIKING IMAGE OF ASTRONAUT VIGIL "GUS" GRISSOM IN HIS SILVER SPACESUIT, STANDING BY THE LIBERTY BELL 7

Gus Grissom, one of the Mercury Seven, was the second American to fly in space, and the first member of the NASA Astronaut Corps to fly in space twice. The present image captures Grissom as he prepared to enter the Liberty Bell 7 just prior to his 5,310-mph space ride. On 21 July 1961, Grissom reached an altitude of 118 miles, marking the second man-in-space flight for the United States.