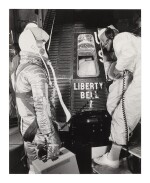 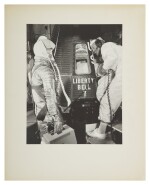 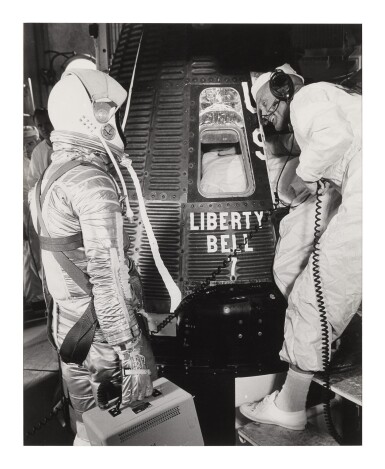 Mercury-Redstone 4 (also known as MR-4) was the second human spaceflight launched by the US space program, and John Glenn and Gus Grissom were members of the Mercury Seven. Mercury capsule #11 (pictured here), nicknamed Liberty Bell 7, was launched on 21 July 1961, and was piloted by Gus Grissom. The duration of the mission was 15 minutes and 37 seconds.