Nikita Khruschev’s 1956 speech to the 20th Party Congress revealed the scale of Stalin’s crimes, repudiated his tactics and called for a return to Leninist roots. For the nation's artists, an untold number of whom had been executed or disappeared in the Gulag, the unrelenting ideological pressure of Socialist Realism, with divergence condemned as dangerously foreign had marked a fearsome period of repression. Although held behind closed doors, Khruschev's speech rocked Soviet society, and for those artists, opened the door to Western cultural influences (including American abstract impressionism shown in Moscow during a seminal international youth festival in 1957).

That gaze backward while moving forward informs the work of Erik Bulatov, five of whose paintings are being offered in Sotheby's Russian Post War And Contemporary Art sale on December 1, 2021. “Space is freedom,” the artist, who was born in 1933 and whose father died in the war, has said. He is known for abstract and spatial compositions and wordplay, linking him both to the first avant-garde and to late Soviet Sots Art. In the sale’s top lot, Sky and Sea (1985), the words mirror and magnify each other against their respective blue backgrounds.

Bulatov and his classmates at the Surikov State Art Institute, Oleg Vassiliev and Ilya Kabakov, were deeply influenced in the 1950s by Robert Falk, an artist with roots in the late tsarist era avant-garde who taught in the early Soviet Vkhutemas-Vhutein art schools before leaving for Paris in 1928 and returning to Stalinist Russia in 1937. Art critic Irina Kulik has described Falk as their mentor “not only in the experience of Modernist art” -- Pushkin, Cezanne, Matisse and others were shown again at the Pushkin Museum of Fine Arts in Moscow and the Hermitage in Leningrad after being banned for years -- but also in “quiet resistance, rather than declarative opposition.” Vassiliev’s Walking Away (1978) and Kabakov’s The Flying Komarov – The Complete Album of 32 Original Drawings (1974) convey that sense. They were also guided by Vladimir Favorsky (1886-1964), a graphic artist and theoretician, another bridge between eras and generations.

Bulatov, Vassilev and Kabakov all survived, and to some extent even flourished as book illustrators, able to channel their official earnings in the late 1960s-early 1970s into permission to build studios in buildings around Moscow’s Sretensky Bulvar, where they created their unofficial, nonconformist art. All three artists left for the West towards the end of the Soviet era. A 2021 headline of a feature story about them in Moskovsky Komsomolets, a large circulation daily newspaper read, “The double life of the artists of Sretensky Bulvar; They succeeded both as ‘proper’ Soviet illustrators, and as opponents of Socialist Realism.”

The dance was always complicated if no longer deadly. Artists and intellectuals of that period, inspired and frustrated by the push and pull of The Thaw, were called shestidesyatniki, after the Russian word for the 1960s. At a pivotal moment in 1962, Khruschev, who had allowed room for some creative freedom, engaged in a public dispute with Moscow artists showing their works at the Manezh Central Exhibition Hall, feet from the Kremlin wall.

In her memoirs, the wife of Ülo Sooster (1924-1970), an Estonian artist who survived the Gulag after the Soviet Union annexed the Baltic country and became a leading nonconformist in Moscow (two of his paintings are being sold, including Man with Pipe, a surreal portrayal of a two-faced man smoking ) recounts Khrushchev cursing at Sooster for daring to depict an abstract moonscape. He yelled, she wrote: “ I’ll expel you to the West, you formalist - no, I’ll send you into exile, no, I’ll send you to prison camp!”

The biographies of the artists of that time are remarkably intertwined, like a Soviet Midnight in Paris, with each playing a role in the overall tableau.

Another group was dubbed the Lianozovo School, after the village near Moscow where underground artists congregated from the late 1950s into the 1960s in an area of barracks near railroad tracks. Moody buildings, often interspersed with Soviet and religious imagery, are prominent in the paintings of Oskar Rabin (1928-2018), who was forced out of the USSR in 1978. Several are being offered at the sale, including Chicken in the Suburbs (1966) and City with Moon (Socialist City) (1959).

Vladimir Nemukhin (1925-2016), a leading member of the group, had been profoundly impressed seeing works by Jackson Pollock and Willem de Kooning at the American National Exhibition in Moscow’s Sokolniki Park in 1959. He was an organizer of another ground-breaking event that became known as the Bulldozer Exhibition, an attempt at an open-air exhibition free of state control that was instantly crushed by the authorities using bulldozers and water cannons. Nemukhin was undaunted, organizing officially-sanctioned though hidden away shows of nonconformists in Moscow later in the 70s.

The Bulldozer Exhibition was witnessed by foreign correspondents and diplomats, which helped write it into legend. Collectors with foreign and diplomatic ties played a key role in amassing and preserving Soviet nonconformist art, especially George Costakis, a Russian-born Greek who worked at the Canadian Embassy and Norton Dodge, an American scholar who spent decades studying the Soviet economy and smuggling unofficial art to the West. The Norton and Nancy Dodge Collection of Nonconformist Art from the Soviet Union at the Jane Voorhees Zimmerli Art Museum at Rutgers University in New Jersey is the largest of its kind in the world. 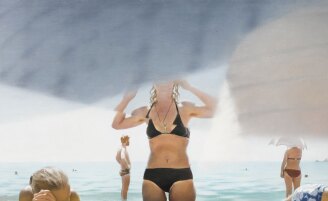 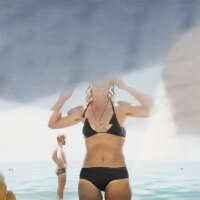 Page
Post-War and Contemporary Russian Art from a Private Collection