S otheby’s is pleased to invite participation in New York’s October sale, “Fine Books and Manuscripts, Including Americana.” The sale brings together rare and unique property across a range of subjects, including Americana, cartography, travel, and literature.

In this sale, we are proud to feature two highly important pieces of Americana. The first, dated 6 April 1789, is an autograph letter signed by Richard Henry Lee—the congressional delegate who introduced the resolution that the American colonies “are, and of right ought to be, free and independent States … absolved from all allegiance to the British Crown”—to George Washington, informing him of his unanimous election in the Senate to the office of the Presidency. The second, in the foment of Civil War, is a partially printed document signed, in which President Abraham Lincoln extends his blockade of Confederate ports to include Virginia and North Carolina. In this order to Secretary Seward to affix the Seal of the United States to his proclamation of the blockade, Lincoln deleted Maryland from the list of proscribed states, perhaps securing Maryland’s ostensible loyalty to the Union for the duration of the rebellion.

Further highlights include: a copy of The Poetical Works of Edgar Allan Poe, from Charles Dickens’ personal library, linking two of the nineteenth century’s most prolific literary minds ($8,000-12,000); a fine set of David Roberts’ Egypt and Nubia, one of the greatest color plate books published in the nineteenth century ($15,000-20,000); an early edition of Willem and Jan Blaeu’s extraordinary Le Theatre du Monde, regarded as the finest atlas ever published ($120,000-160,000); and Karl Bodmer’s iconic Travels in the Interior of North America, with the exceptionally rare English text, contemporary hand coloring, and the vignettes issued on large paper ($400,000-600,000). 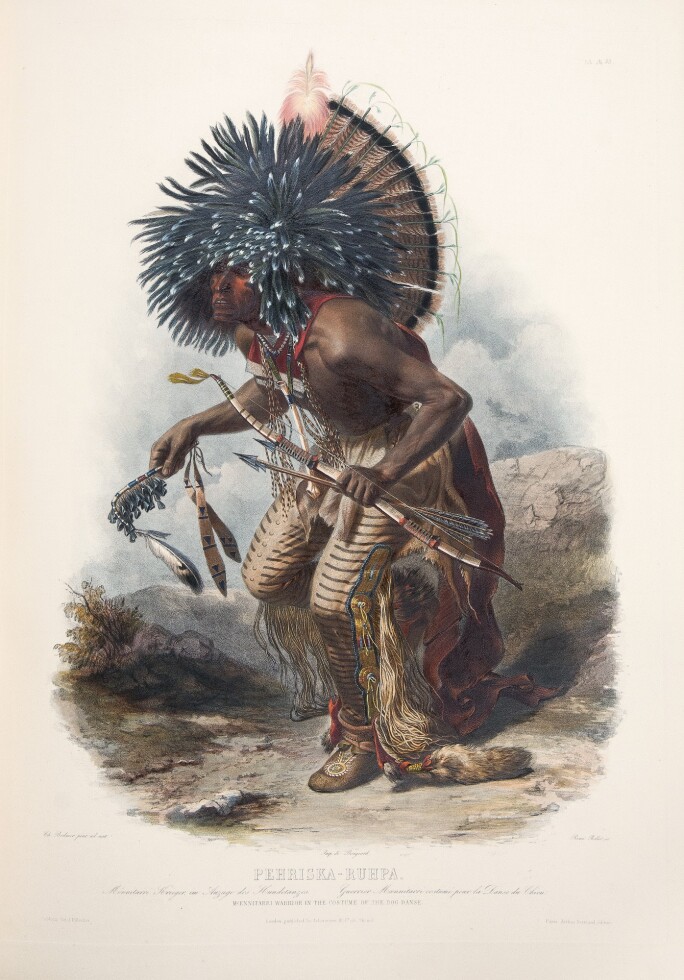 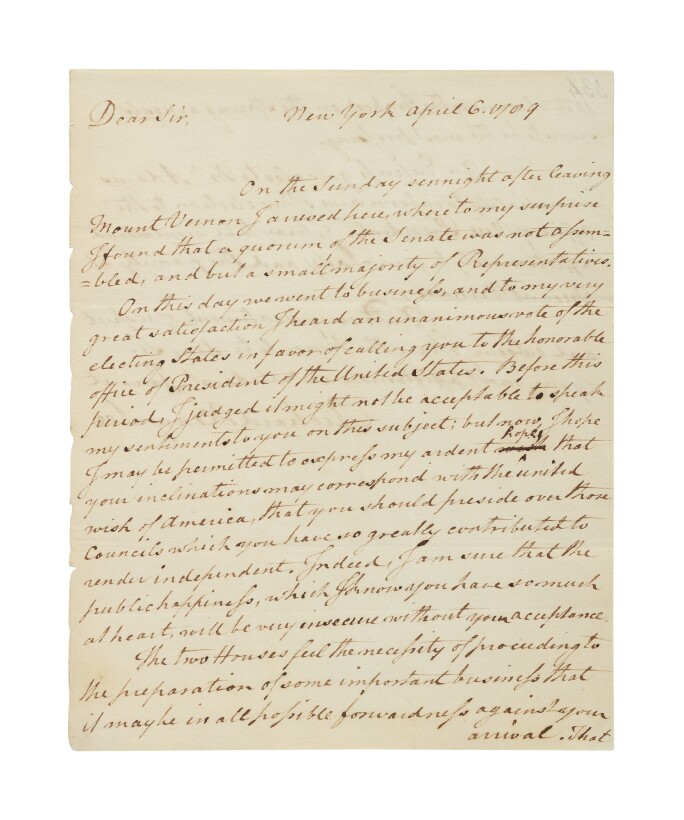 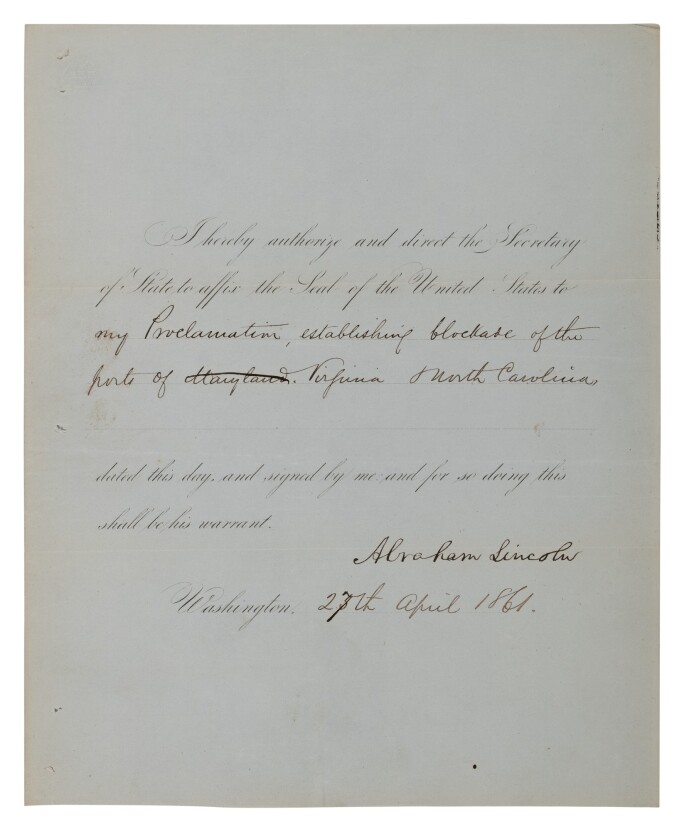 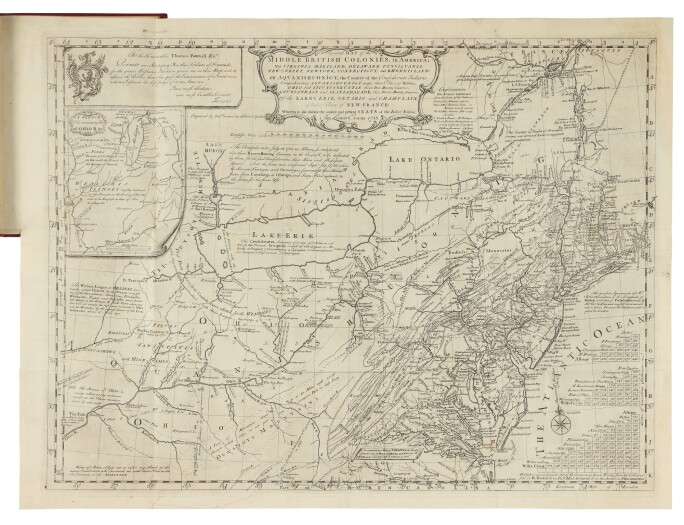 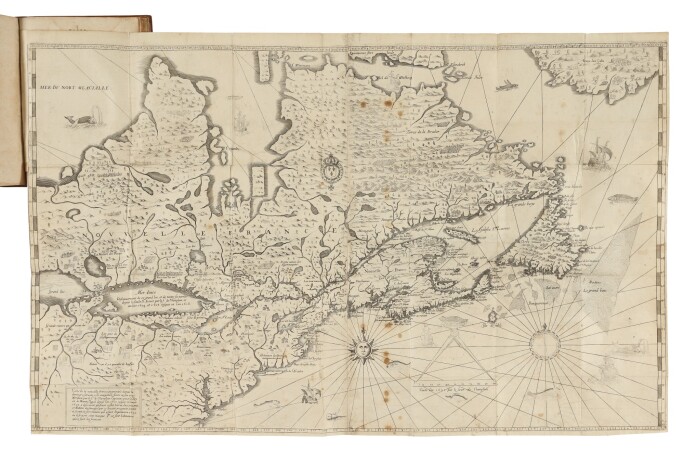 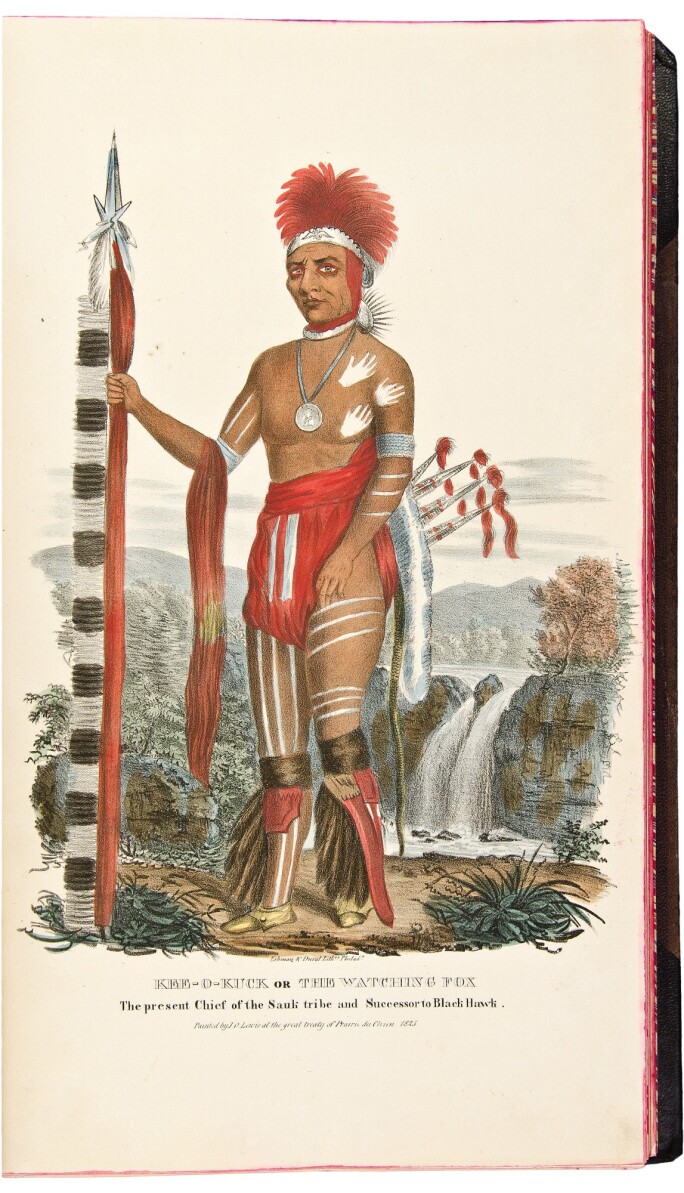 Autograph letter signed (“Richard Henry Lee”) as a United States Senator from Virginia, to George Washington, informing him of his unanimous election to the presidency
LOT 82

Partially lithographed document signed (“Abraham Lincoln”) as 16th president, being the order to Secretary of State William Seward to affix the seal to his proclamation establishing blockade the ports of Virginia and North Carolina
LOT 87 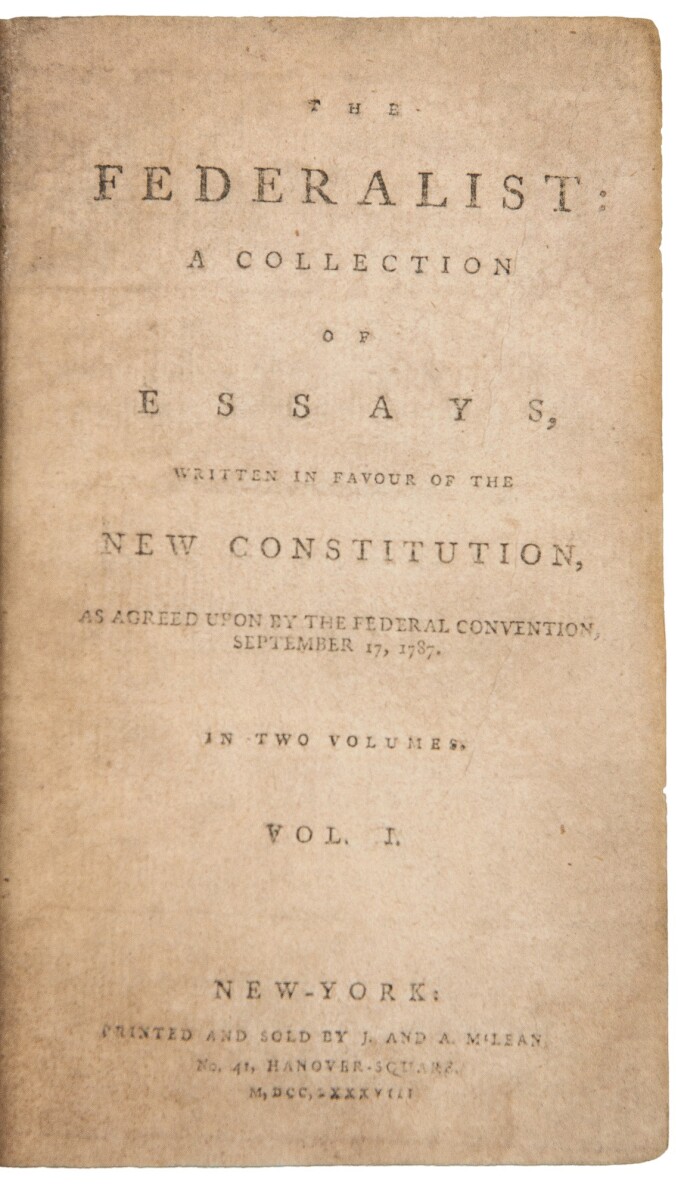 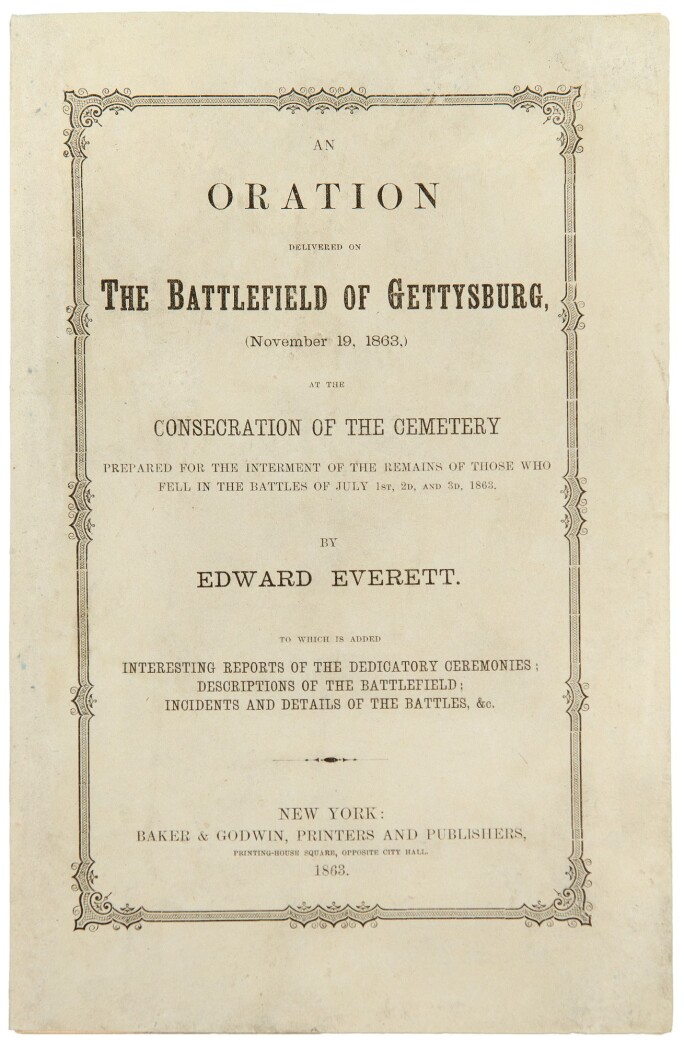 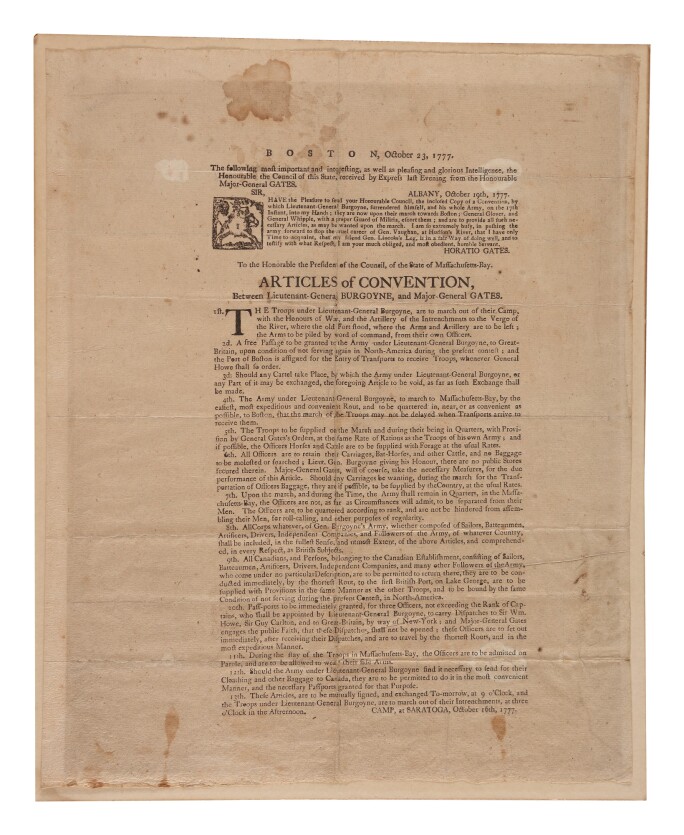 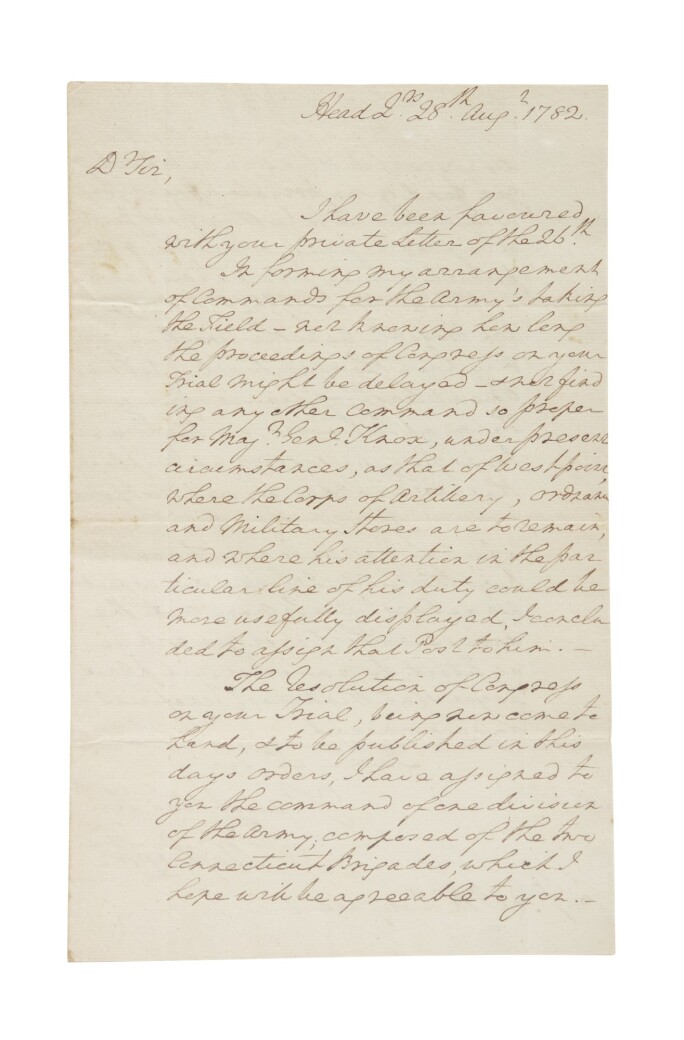 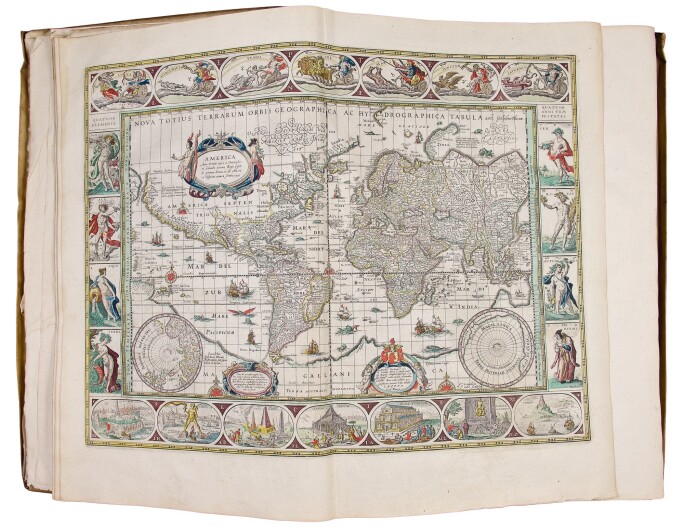 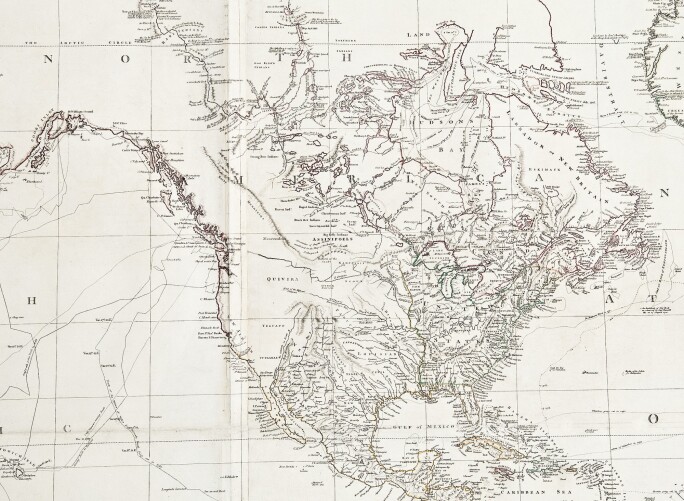 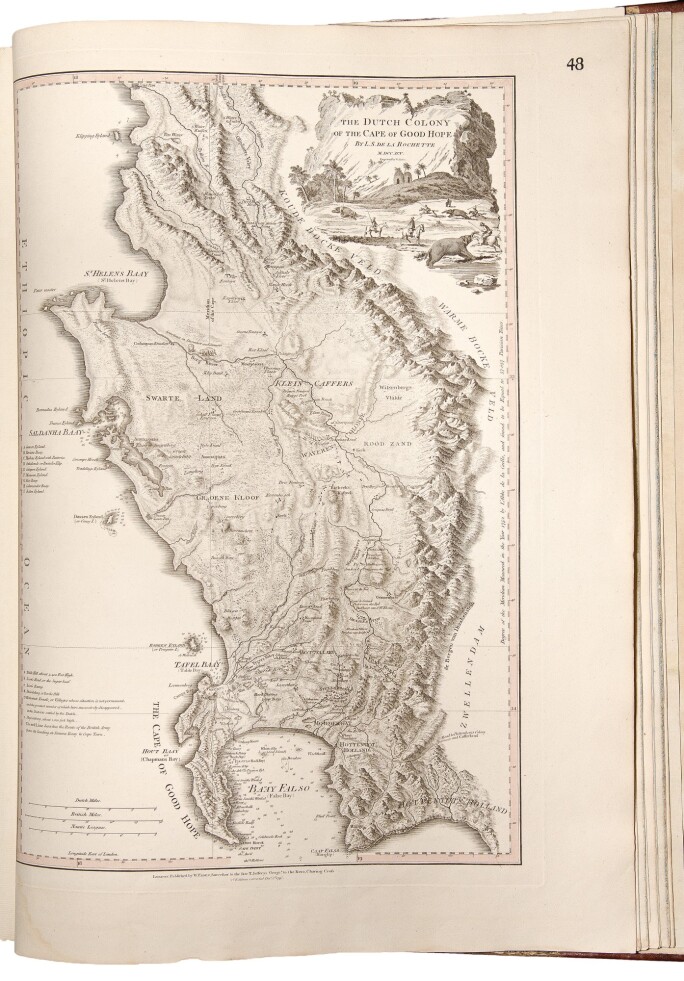 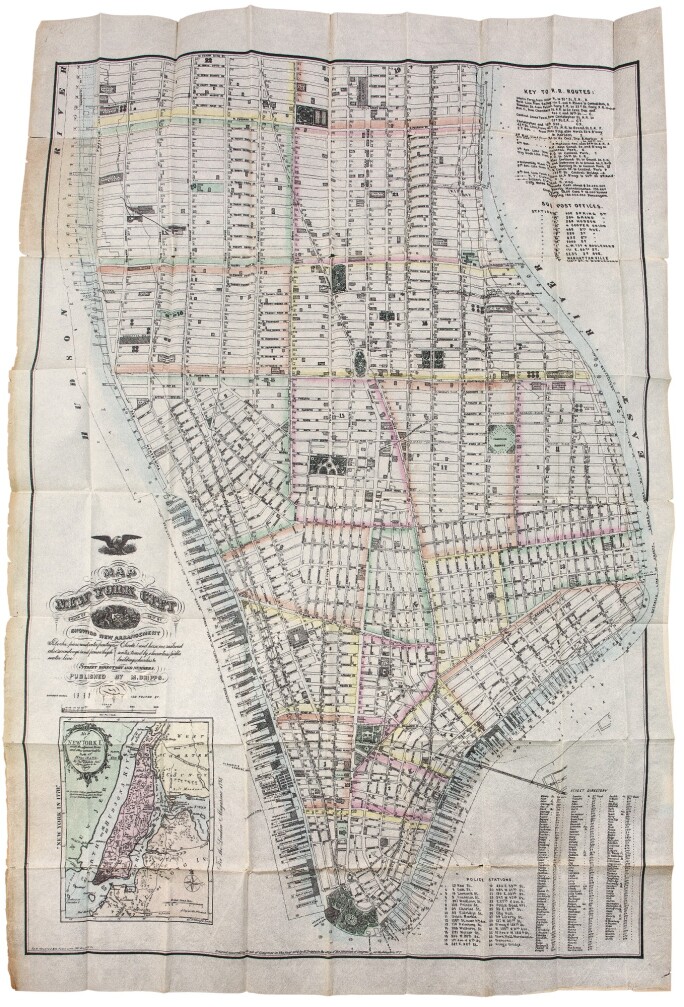 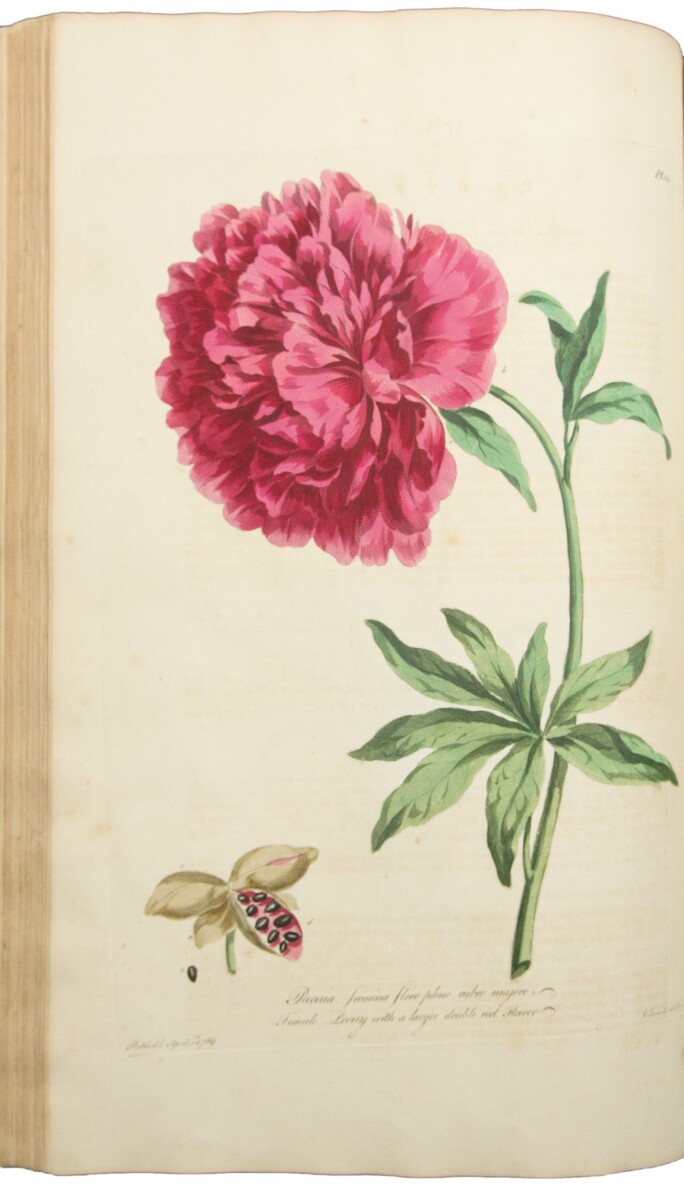 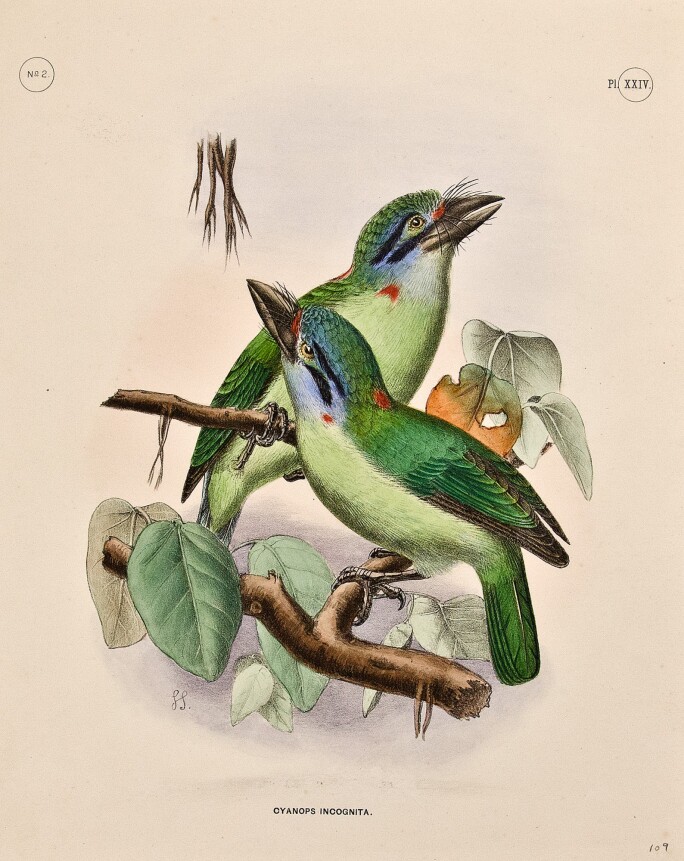 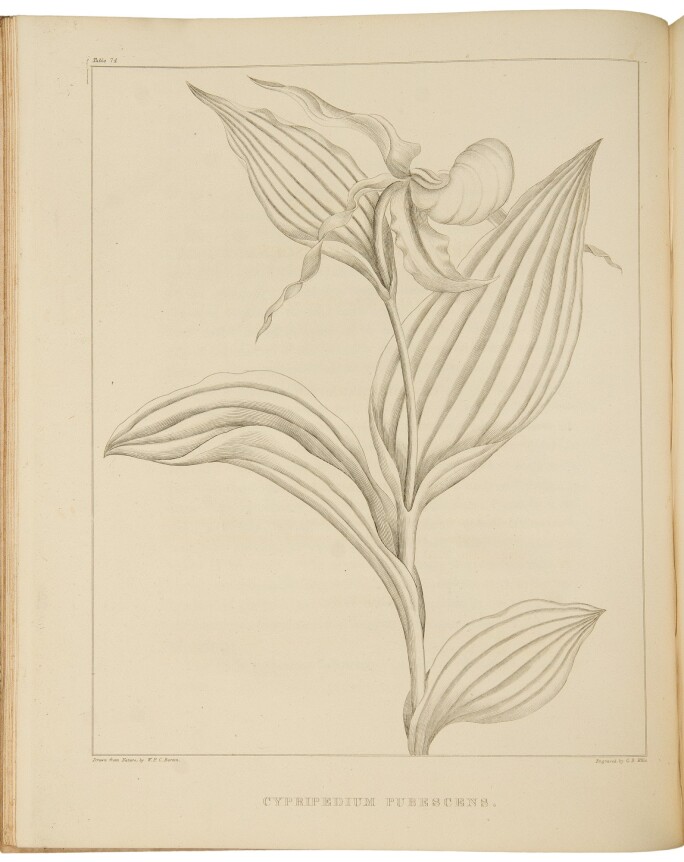 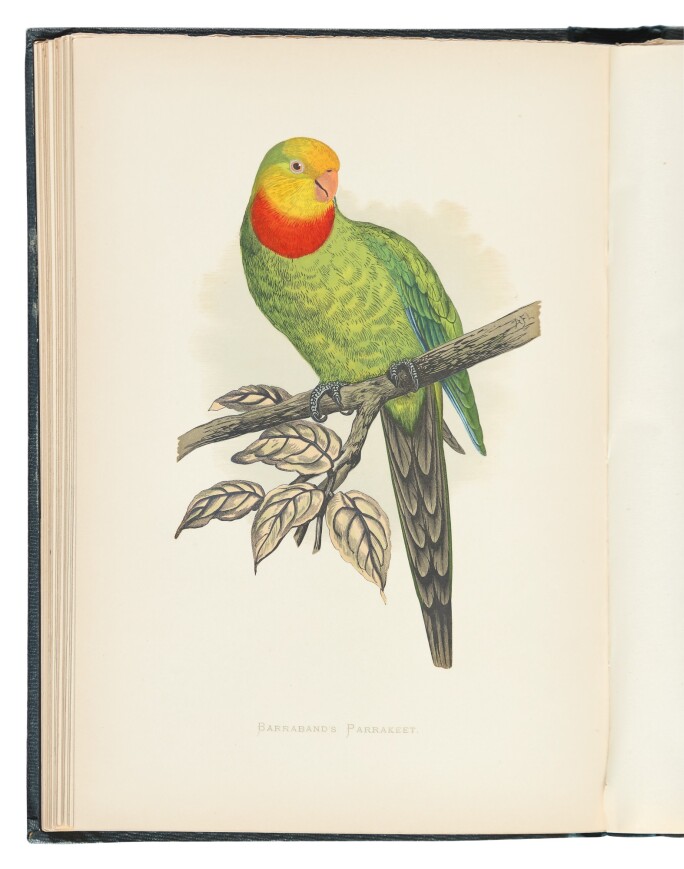 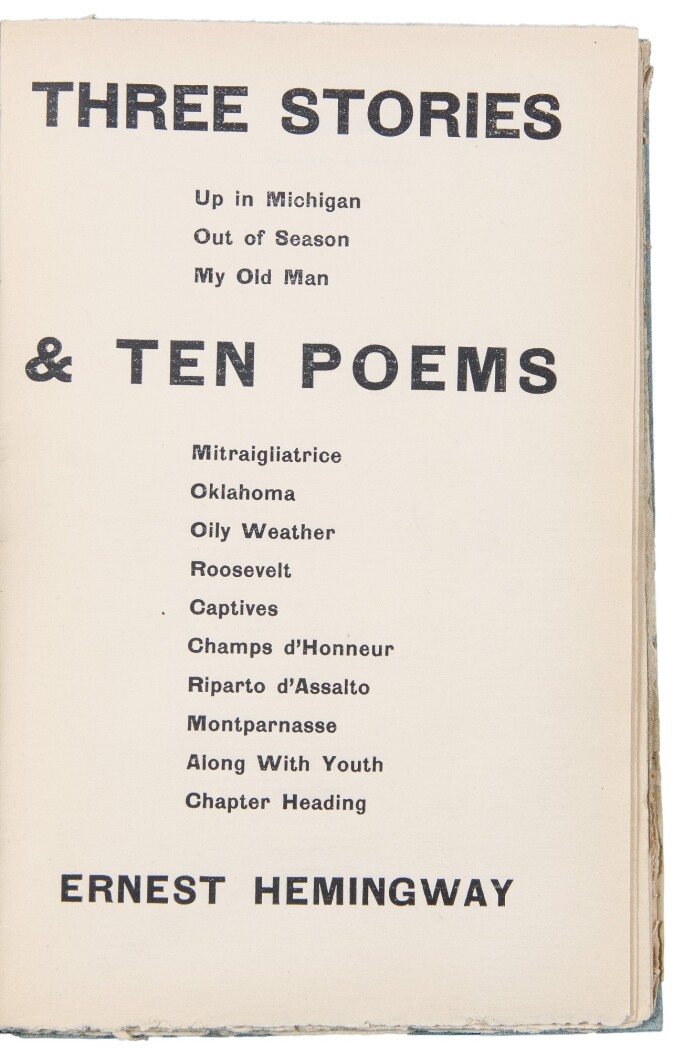 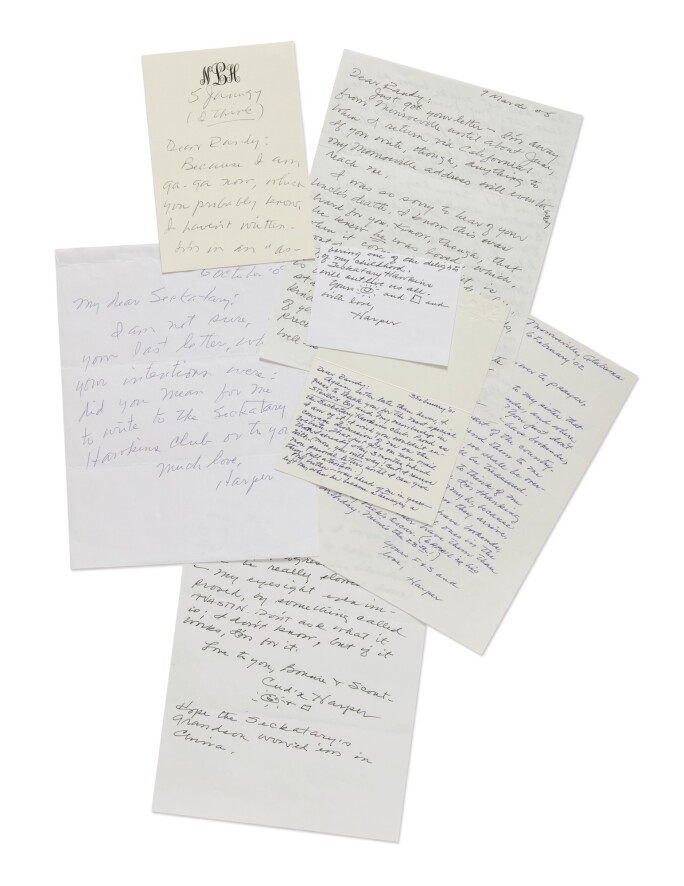 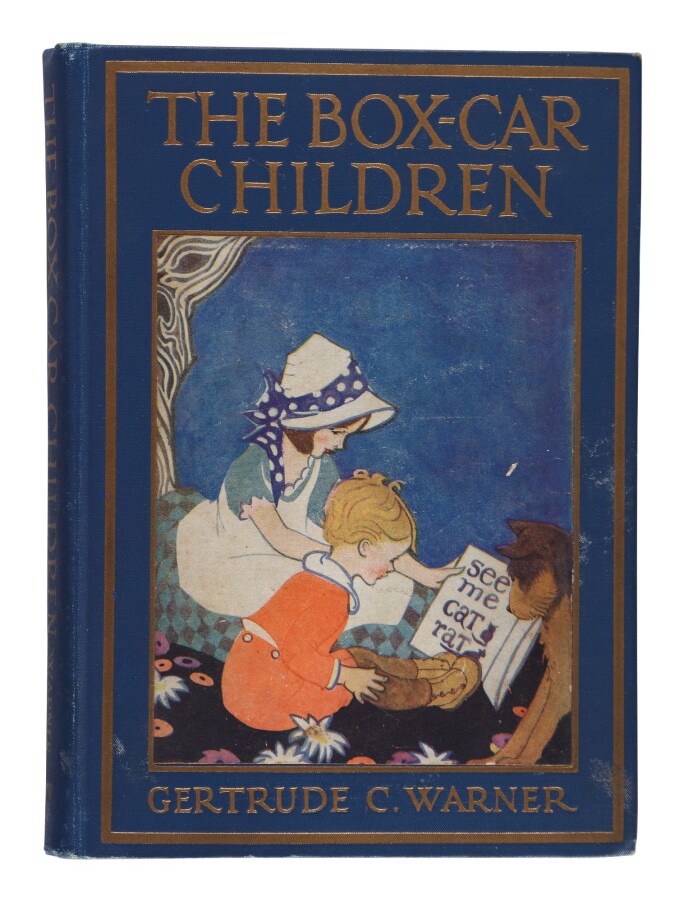 A highlight exhibition will be open for viewing by appointment.

For assistance with bidding and registration, please contact:
+1 212 606 7000
enquiries@sothebys.com