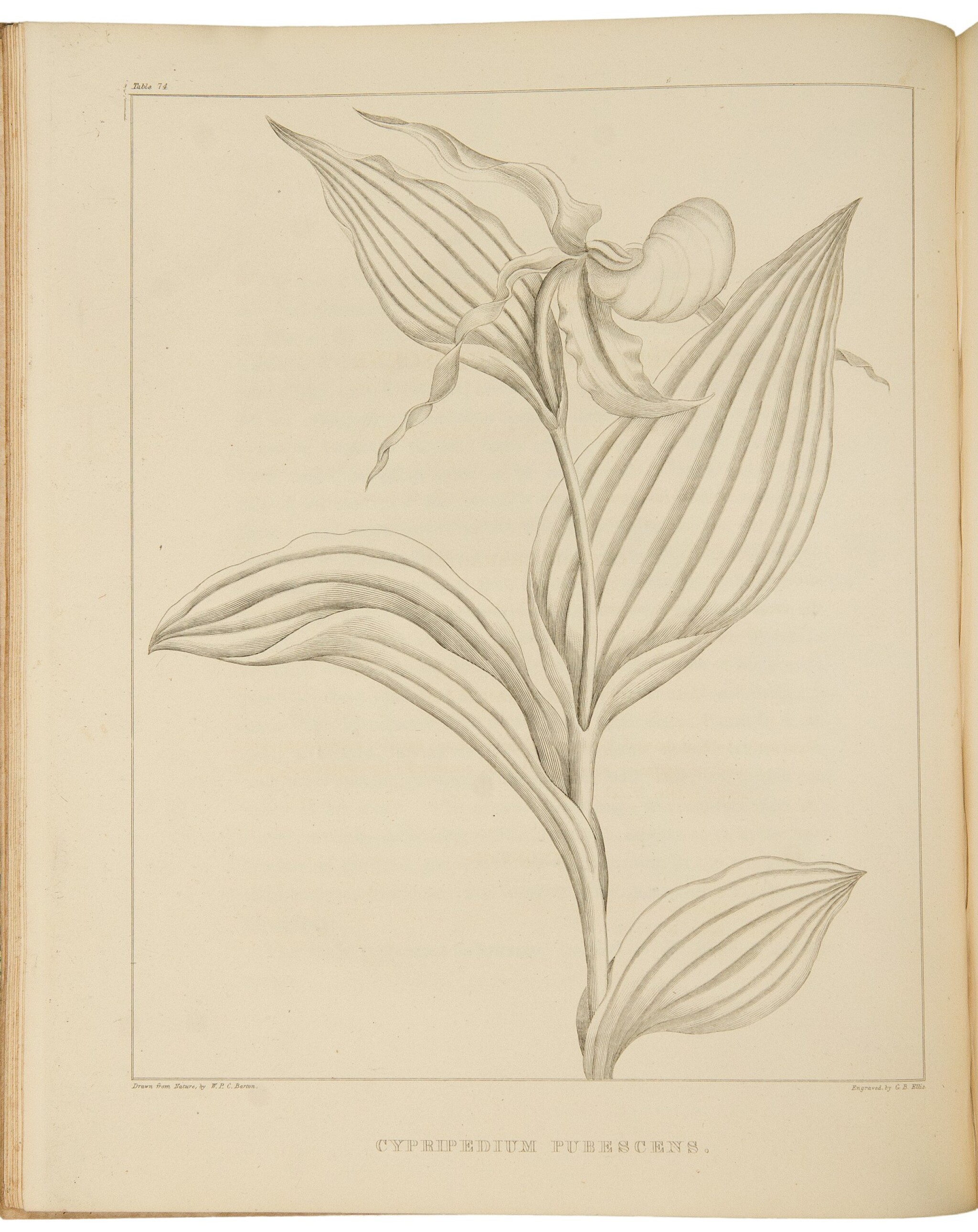 In addition to its significance as a botanical work, Barton's Flora is one of the most important early colour plate books entirely produced in the United States. "The plates were made by (among others) Cornelius Tiebout, the first really skilled engraver born in the United States, although he trained in London for two years in the 1790's to perfect his technique" (Reese). This uncolored issue is noteworthy as Barton states in the advertisement to the first volume that some of the "plates are printed in colour" —none of the plates in the present volume show signs of color, which suggests that this is a variant issue to those used in the colored version, and not merely plates that were not hand-colored in this country. It is possible that the present lot constitute early experimental issues of the plates, produced before the combination of color-printing and hand-coloring was arrived at.

"In 1815 Barton was chosen professor of botany at the University of Pennsylvania, charming many with his light-hearted herborizing trips along the Schuylkill and his lectures which were, contrary to bookish times, demonstrated in his well-stocked conservatory" (DAB). His botanical publications, which appeared over a relatively short span of nine years, began with his Flora Philadelphicae prodromus (1815) and culminated with the present work (1820-24).

The first successful use of stipple-engraving in the United States