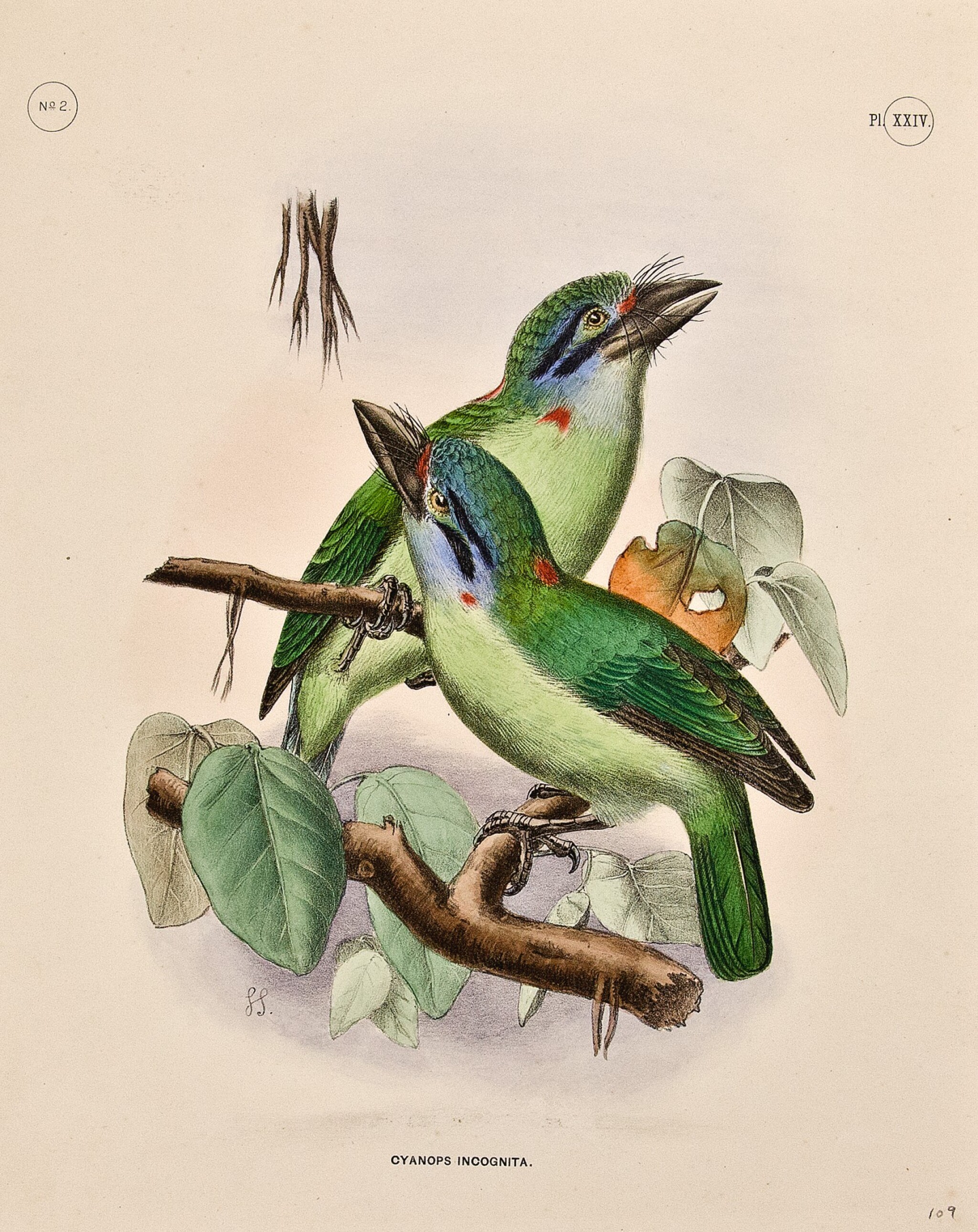 SCIENTIFIC RESULTS OF THE SECOND YARKAND MISSION; BASED UPON THE COLLECTIONS AND NOTES BY THE LATE FERDINAND STOLICZKA ... AVES. LONDON: PUBLISHED BY ORDER OF THE GOVERNMENT OF INDIA, PRINTED BY TAYLOR AND FRANCIS, 1891

The complete report in 14 parts was published between 1878-1891 and served as part of the official justification for what essentially had been a move in the "Great Game." In 1873, the second Yarkand mission under Sir Douglas Forsyth was sent by Lord Northbrook, Viceroy of India, to cement British and Indian relations with Yakub Beg, the ruler of Chinese Turkestan and an important figure in the buffer region between Russia and India. The mission was well-equipped, as befitted an official government attempt to impress a local ruler and it is said that the Ladakh economy took four years to recover from the losses incurred from the passage of the expedition. The mission set out from Rawalpindi to Leh via Murree, travelled past the Pangong Lake, Changchenmo and Karakash Valley onto Shahidulla and finally to Yarkand. They reached Kashgar in December 1873, and on March 17, 1874 began the return journey. They were to visit the Pamir and Afghanistan areas, but the political situation prohibited the passage and the party returned to India via Ladakh.

Ferdinand Stoliczka, the mission's geologist and naturalist, made good use of the opportunities offered and made extensive observations. Unfortunately, he died before he was able to publish any of his work. His papers and notes were edited by various well-known scientists, with the present ornithological section being completed by Sharpe.

The plates, all worked up from skins collected by Stoliczka, are produced by three of the greatest ornithological artists of the late-19th century. Two already had an extensive back-catalogue: Joseph Smit (1836-1929) "the best animal painter in [Great Britain]" (Christine Jackson) had worked with Josef Wolf on two of G.D. Elliot's monographs and William Hart had been employed almost full-time by John Gould. John Gerrard Keulemans (1842-1912) was a Dutch-born artist and a relative newcomer, who went on to become a mainstay of British ornithological illustration for two decades at the end of the 19th and the beginning of the 20th-century. Christine Jackson writes that as "an ornithological draughtsman ... [Keulemans] was outstanding ... Such a large proportion of the birds drawn by Keulemans were done from [stuffed] specimens that it is truly amazing that he could make the birds in his plates look life-like at all. He understood the anatomy of birds, also he was a keen bird-watcher, and these considerations obviously saved him from producing mere bird-contours in his drawings."