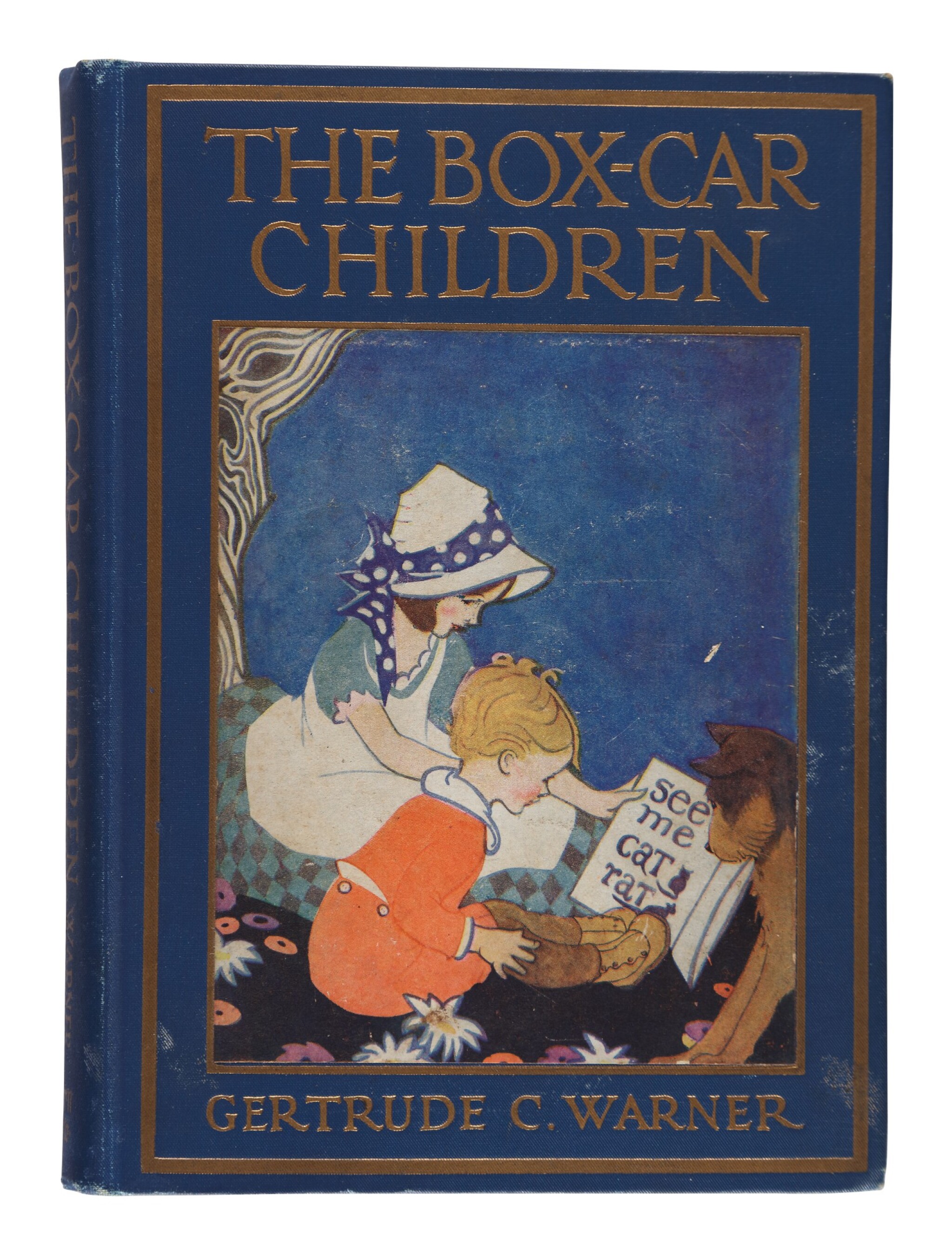 From the moment she learned to write, Warner was set on becoming an author, and would produce 10￠ books for family members. Warner began teaching grade school in Putnam, Connecticut, in 1918—and continued to do so until 1949. Warner noted that much of her writing happened while convalescing, and The Box-Car Children (or The Boxcar Children) was no exception to this. "I had to stay at home from school because of an attack of bronchitis, Warner commented. "Having written a series of eight books to order for a religious organization, I decided to write a book just to suit myself. What would I like to do? Well, I would like to live in a freight car, or a caboose. I would hang my wash out on the little back piazza and cook my stew on the little rusty stove found in the caboose."

The present volume was published by Rand McNally in 1924. In 1942, Warner rewrote the book with a prescribed vocabulary of six hundred words, and a text of about 15,000 words, making it more suitable as a children's school reader. This edition featured numerous black-and-white silhouette illustrations by L. Kate Deal. While she continued to write, Warner did not return to The Boxcar Children series until her retirement from teaching. The second book in the series, Surprise Island, was published in 1949.