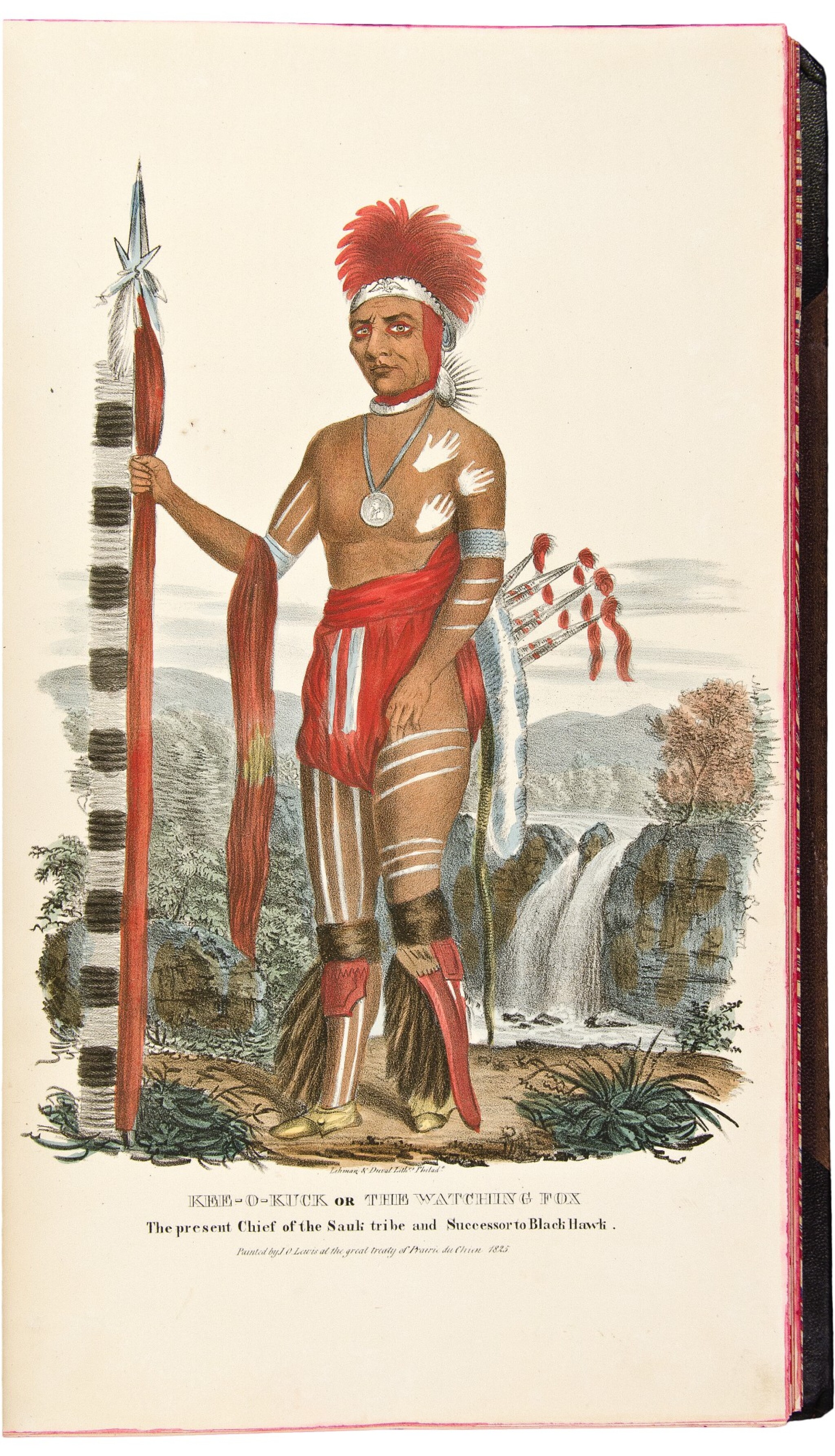 The Aboriginal Port Folio was published in Philadelphia by lithographers George Lehman and Peter S. Duval. It was issued in ten parts, with each part containing eight plates. Given the size of the undertaking the first nine parts were issued remarkably quickly, and appeared monthly between May 1835 and January 1836. The reason for this haste is probably that Lewis was aware that the imminent appearance of the first part of McKenney and Hall's History of the Indian Tribes of North America would adversely affect his subscriber-numbers. The evidence of the surviving copies suggests that his fears were well-founded as there are a number of sets made up from eight parts (with 64 plates), but very few with nine parts (72 plates), and ten-part sets with the full complement of a frontispiece/title-leaf and eighty plates are virtually never found: only the Siebert copy is listed as having sold at auction in the past twenty-five years, and there are only about a half dozen or so other recorded sets (the Siebert set, and one other, are the only two examples to include the title page).

James O. Lewis was born in Philadelphia in 1799, moved west as a teenager, and had become an engraver and painter by the time he was living in St. Louis in 1820. In 1823 he moved to Detroit, and painted the first of his Indian portraits at the request of Gov. Lewis Cass of Michigan. He accompanied Cass on four Indian treaty expeditions in the Great Lakes region in 1825-27 and painted Indians during the course of each. Virtually all of the originals of the images published here were executed by Lewis in this period. Subsequently, many of the Lewis portraits were copied by Charles Bird King, and some appeared in the King versions in the McKenney and Hall portfolio. All of the Lewis originals were destroyed in the Smithsonian fire of 1865.