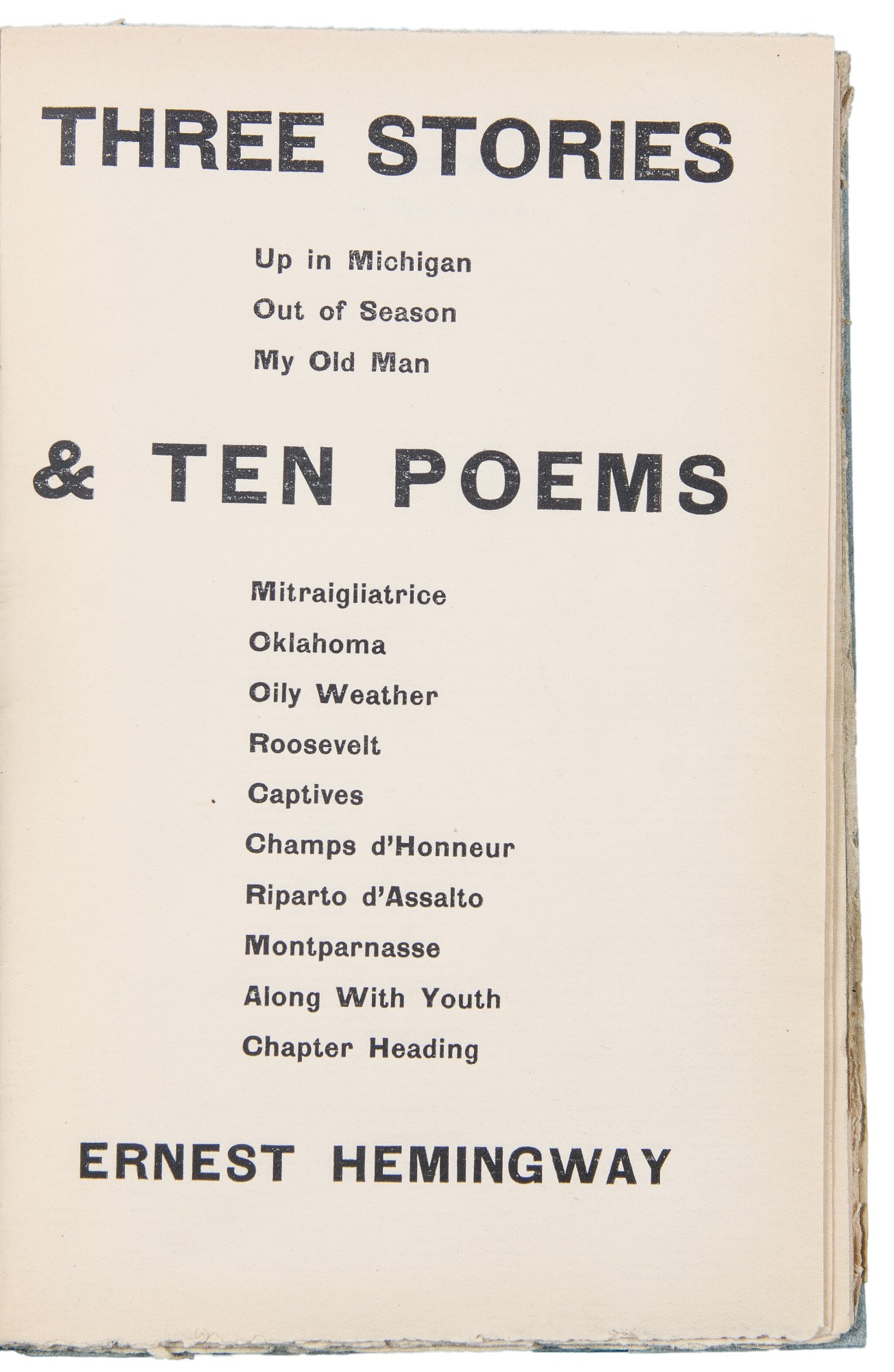 Limited to perhaps 300 copies and published when he was just 24, Hemingway's first book contained not only the prize-winning story "My Old Man," but also "Up in Michigan" and "Out of Season" plus the poetry. Expatriate publisher Robert McAlmon used the same Dijon printer Sylvia Beach had used for Ulysses the year before. Such was the eventual demand for the present work that Hemingway later complained about not having kept one for himself and the prices it ultimately commanded from collectors. It was by far the most sought after of all McAlmon's Contact publications.

The rear wrapper gives a notice of the author's in our time, but that work would not be issued for nearly a year, though it was originally planned to precede the present title.