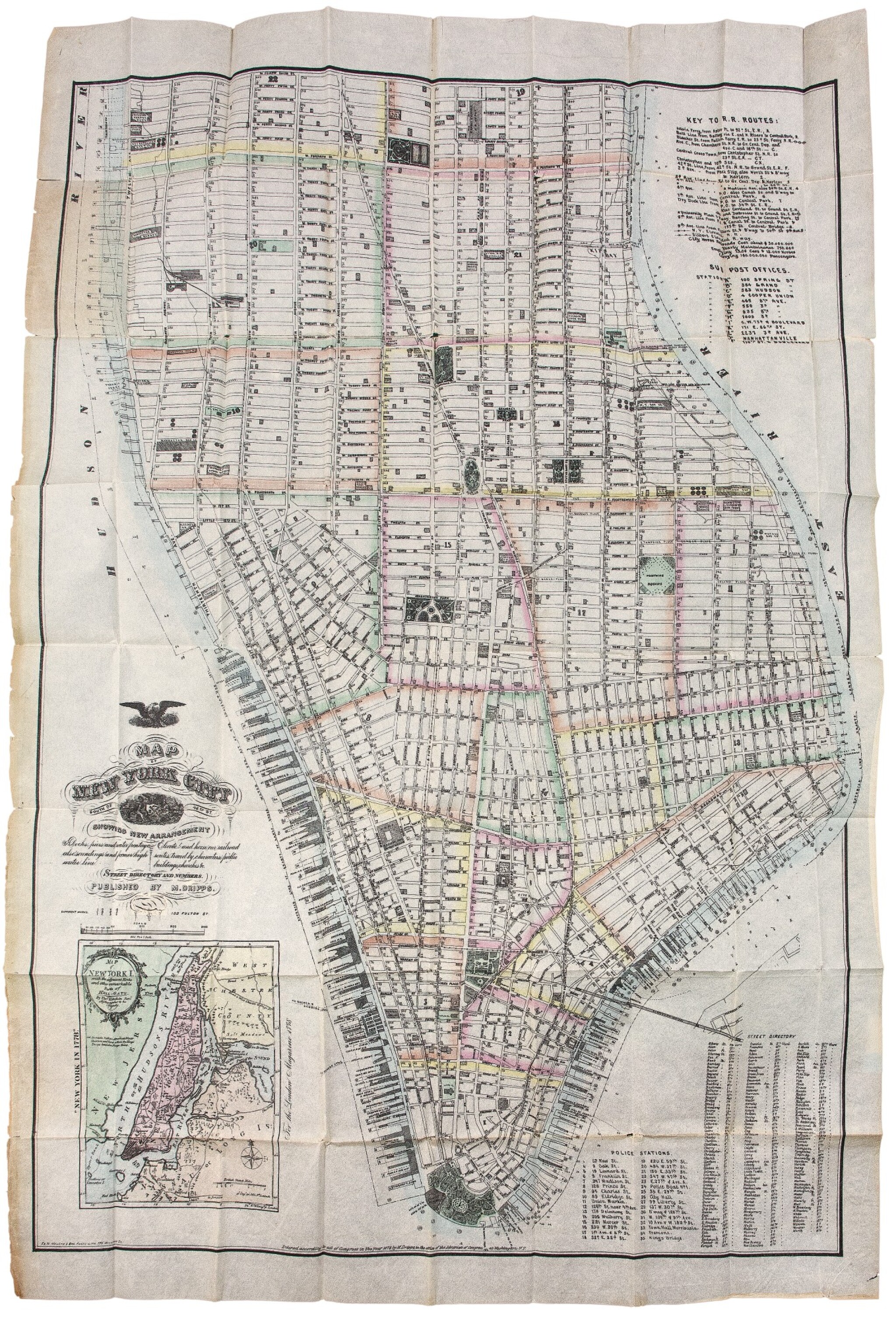 A fully-colored pocket map, with an inset of a copy of Thomas Kitchin's map of "New York Island," which offers lists Police Stations and sub-Post Offices, a street directory, and a key to rail road routes