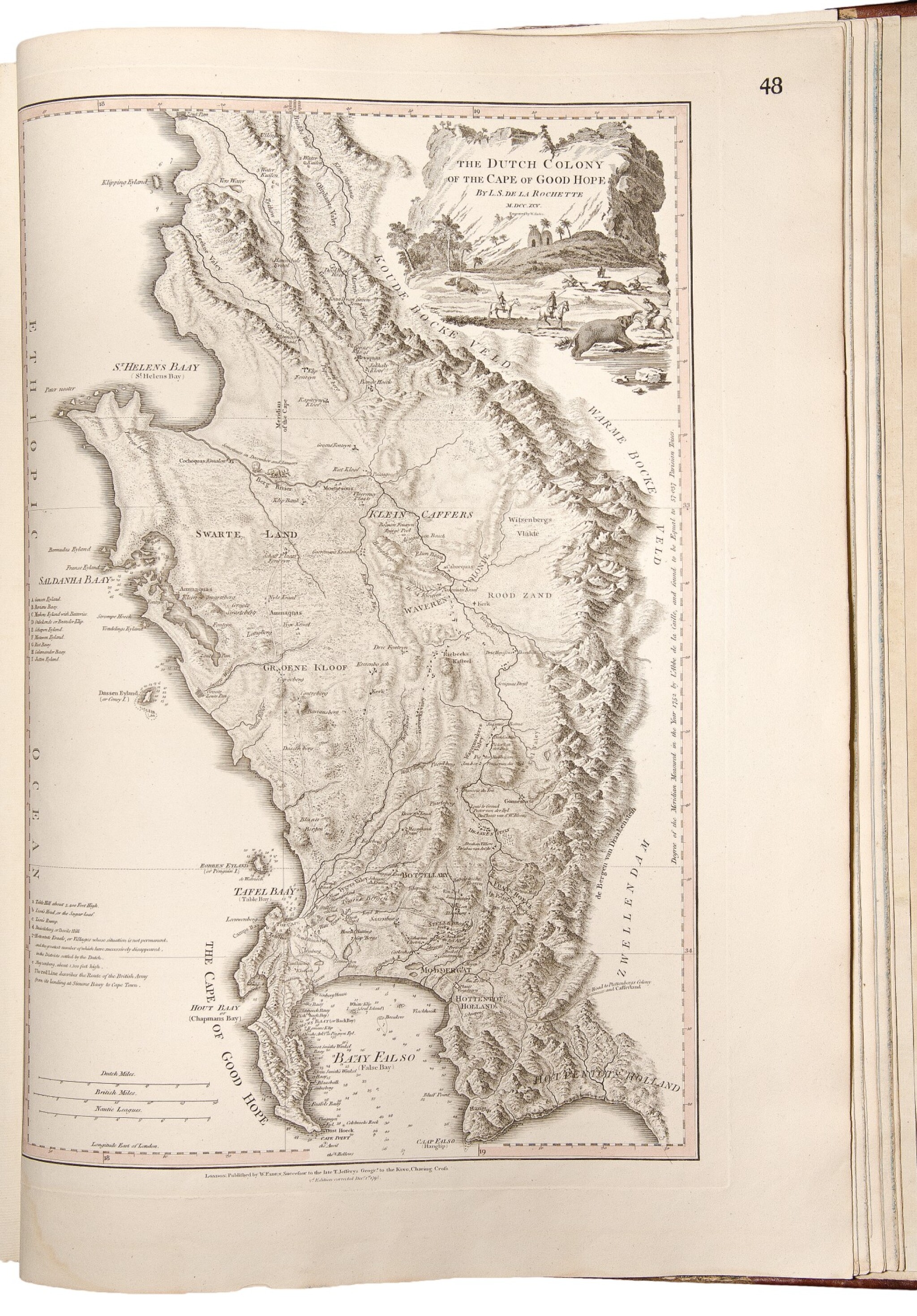 Large folio (22 7/8 x 17 ½ inches). Mounted on guards throughout, letterpress contents leaf. 55 engraved maps or charts, hand-colored, hand-colored in outline or with touches of hand-coloring, by Faden, Laurie & Whittle, L.S. de La Rochette, Henry Roberts and others (1 on a single page, 38 double-page, 16 folding). (The four hemisphere maps and the map of the western Mediterranean shaved with slight loss to imprint or image area, 2 others with marginal tears). Contemporary binding of marbled paper over pasteboard, rebacked and cornered to style using 18th-century diced Russia, the flat spine gilt in eight compartments delineated by roll-tools, lettered in the second compartment.

A fine example of Faden's atlas

The atlas includes four hemispheric maps, a Mercator-projection world map (including the tracks of Captain James Cook's discoveries), a number of interesting charts giving depth soundings for the Baltic, the North Sea, the English Channel, the Bay of Biscay and the seas around the Iberian peninsula, two folding maps of the Mediterranean which could be combined to form one large four-sheet map, two folding maps of Italy that could be similarly combined, and a larger scale single-page map of the Dutch Colony at the Cape of Good Hope. Additional maps of note include "A Map of the Northern Part of France..." (1795); "Plan of the Bay, Rock and Town of Gibraltar..." (1783); a folding map of "Bengal..." (1786); a two-sheet map of the "Peninsula of India..." (1800); and an important map of "The United States of North America with the British Territories and Those of Spain according to the Treaty of 1784" (11 February 1796). The US Territory is here bounded in yellow, with the trans-Appalachian portions of that territory noted as having been assigned to the aborigines.

Faden's "contribution to the development of cartography was considerable, commissioning new surveys and publishing the work of mapmakers throughout Europe" (Tooley).