As the year comes to an end, we take a look back at the 20 most popular Sotheby's stories from 2018. From Banksy's auction house surprise to Marie Antoinette's historic jewels at auction, revisit some of the most memorable moments of the year below.

"As accessible as Feynman was able to make the rigorous scientific world in which he was a key player, his contributions to physics were groundbreaking and earned him a Nobel Prize." 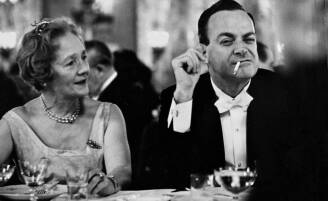 "Nelson Rockefeller was governor of New York State, Vice President of the United States, and made several runs for the Presidency, but he never slowed down when it came to his parallel life as a patron of the arts. Together with his wife Happy, he wanted to explore the many ways that materials could be shaped and reshaped to make new works of art." 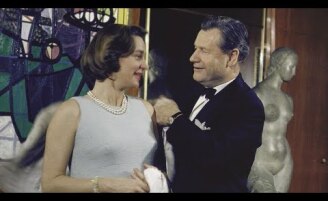 18. Meet the Man Who Owns the Most Expensive Car Ever to Come to Auction

"Renowned car collector Greg Whitten, an early Microsoft employee and current chairman of Numerix, owned the holy grail of vintage cars: a 1962 Ferrari 250 GTO. The third of only 36 ever produced, this 250 GTO has an illustrious racing history."

"A princess in her own right, she was known mostly for her large abstract paintings and striking portraiture." 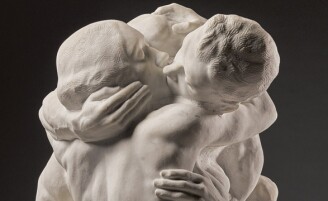 15. 7 Things You Need to Know About Alan Turing

"As with many geniuses, Turing had his fair share of eccentricities. He would chain his mug to a radiator to prevent others stealing it, and instead of replacing the faulty chain on his bike, he would count the pedal strokes as he cycled and dismount to fix it just before he knew it would come off." 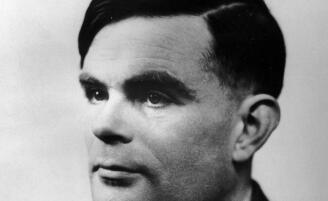 Books & Manuscripts
7 Things You Need to Know About Alan Turing

14. Life with Robin Williams: Marsha Garces Williams on Two Decades of Collecting Together

"I came home one day, I think it was my birthday, and there was a Mondrian flower propped up on my pillow – on my side of the bed. Sometimes he’d go out and he’d see something, and he’d know. And I love the Yoram Wolberger Cowboy that I gave him, because it was the kind of toy Robin grew up playing with." "Art historian David Anfam explores the radical genius of Jackson Pollock, whose pouring and dripping technique redefined what the world understood painting to be." 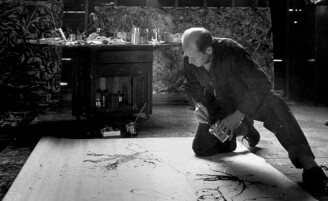 12. The Enduring Style of Hermès

"In this age of rapid consumption and product overload, Hermès stands the test of time. The savoir-faire of the maison founded in Paris by Thierry Hermès as a saddlery maker for French noblemen in 1837 is unparalleled." 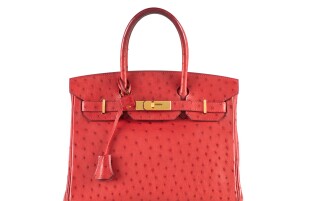 Handbags and Accessories
The Enduring Style of Hermès

"...a breathtaking group of jewels belonging to Marie-Antoinette are among the many highlights of one of the most important royal jewellery collections ever to come to auction." 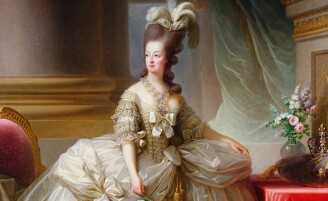 "Now, in a first for the director, Anderson and his partner, writer and costume designer Juman Malouf, are curating an exhibition of art and antiques from vast stores of the Kunsthistorisches Museum in Vienna. This 'very special exhibition will be quite unlike anything we’ve ever done before,' says Jasper Sharp, adjunct curator of Modern and contemporary art at the museum." 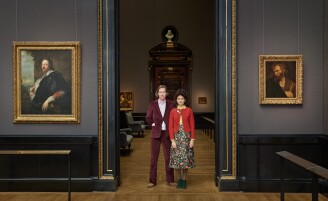 9. Ottoman Apparel: How to Wear One’s Daggers with Flair

"You need confidence to carry off an Ottoman hat. As an album of costume from the late 18th/early 19th century illustrates, Turkish statesmen, officers, politicians and courtiers punctuated their attire with unfeasibly structured headwear." 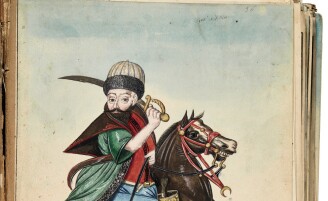 "Thomas Bouchard’s film Around and About Joan Miró (1955) is undoubtedly a delightful documentary portrait of the Spanish artist and his milieu. But what makes it exceptional is that it features an eight-minute sequence in which Miró creates a painting that was, until recently, unknown to the world." 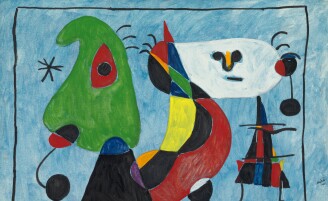 Impressionist & Modern Art
The Making of a Miró

"After moving to New York City, Haring noticed that many of the advertisement boards in the subway were left blank (after one ad had been removed, and the space was awaiting a new poster). These would become the support for his 'subway drawings.'" 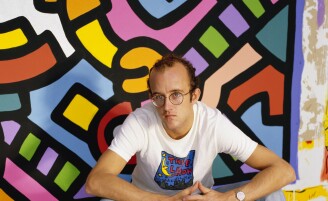 6. The Quiet Strength of Happy Rockefeller

"The definitive account of Watergate came that same year from reporters Carl Bernstein and Bob Woodward in their best-selling book All The President’s Men. But it was two women – Betty Ford and Happy Rockefeller, the new First and Second Ladies – who provided perhaps the greatest examples of strength and inspiration for a nation sorely in need of profiles in courage." 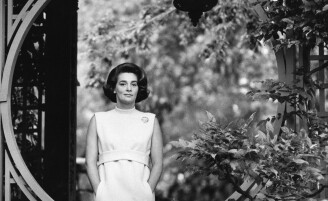 5. The Collection of Marsha and Robin Williams

"The collection of beloved entertainer Robin Williams and his wife of over 20 years, film producer and philanthropist Marsha Garces Williams, will be part of a dedicated auction...to support the charities they championed." 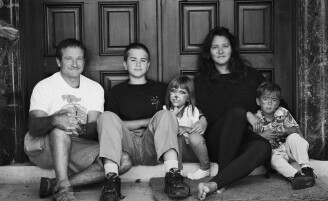 Collectors
Creating a Stage: The Collection of Marsha and Robin Williams

4. Modigliani's Nu couché Becomes the Most Expensive Painting Ever Sold at Sotheby's

"Painted a century ago, Nu couché (sur le côté gauche) is the greatest work from the iconic series in which Amedeo Modigliani reinvented the nude for the Modern era. Upon their debut exhibition in 1917, these striking and sensual images quite literally stopped traffic and prompted the police to close the show." 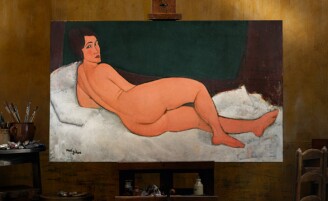 Impressionist & Modern Art
At $157.2 Million, Modigliani's Greatest Nude Is Also the Most Expensive Painting Ever Sold at Sotheby's

"This illustrious ancestry is demonstrated by the extraordinary opulence of the pieces in the collection, led by a breath-taking group of jewels which once belonged to Queen Marie-Antoinette, daughter of Holy Roman Empress Maria Teresa, and wife of Louis XVI, the most famous Queen of France, which have not been seen in public for 200 years." 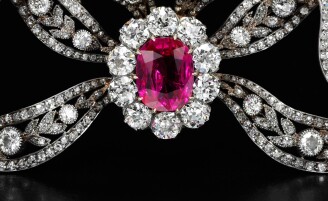 2. The 97-Year-Old Reunited With Her Nazi-Looted Masterpiece

"The amazing story of the Old Master painting returned to its 97-year-old rightful heir after being looted by Nazis and found in the collection of the Lord Mayor of London. The Oyster Meal by Jacob Ochtervelt is a highlight of our upcoming Old Masters Evening Sale (4 July, London)." 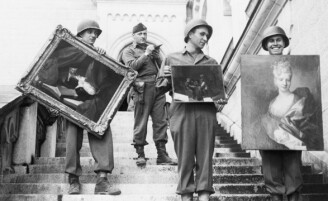 "In a moment that caught the art world by surprise, Banksy’s Girl with Balloon self-destructed just as the final hammer signaled the end of an evening of auctions in London." 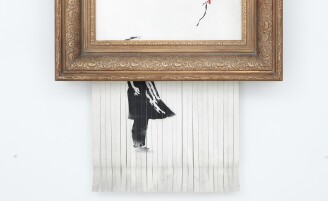