The House of Graff: Crafting the World's Most Artistic Jewels

T he House of Graff is a world-leading modern Maison of exquisite jewels conjured from exceptional diamonds and precious coloured gemstones of extraordinary beauty and rarity. Family-owned and run, this new-generation heritage house was founded in 1960 by Laurence Graff, OBE, and built on his unrivalled talents, unerring instincts, his indefatigable pursuit of perfection, and most of all on his personal passion for diamonds and deep affinity with gemstones.

Today, Laurence Graff remains the undisputed King of Diamonds, revered within the jewelry world for his foresighted leadership of the industry and his fearlessness in acquiring and fashioning some of the world’s most valuable diamonds. Amongst these are newly-discovered diamonds of monumental size, superlative quality and extreme rarity.

Laurence Graff is renowned for his singular gift: an innate ability to see into the heart and soul of a gemstone, to understand its potential, its individual character, the subtlest nuances of fire, life and brilliance, colour and light. He knows, instantly and intuitively, just how to unleash the inner light and beauty of a stone, to transform the rough into the ravishingly refined, to ensure each diamond becomes the very best, the most brilliant, the most beautiful, the most valuable it can be.

He combines this special rapport, a sixth sense, with expertise in cutting and polishing diamonds. Graff works with the very best specialist diamond cutters in the world, in Botswana, South Africa, New York and Antwerp, where the most skilled artisans work on the most challenging stones, including coloured diamonds, the rarest and most challenging of all. Many of the world’s famous, historic and magnificent diamonds have passed through Graff’s hands and artisan ateliers.

The illustrious roll-call of star stones includes the mesmerising Graff pink, for which Laurence Graff set a world record price of $46million in 2010 and which he transformed by upgrading its colour and clarity to the pinnacle of perfection; the hypnotic blue Wittelsbach-Graff, a stone of majesty and mystique, originating in the fabled Indian Golconda mine that gave birth to the Hope diamond, and treasured for centuries by European royal families.

Graff courageously decided to re–polish the historic Wittelsbach, improving its colour and quality so that, at 31.06 carats, it became the largest natural fancy deep blue Internally Flawless diamond ever discovered; and, leading the sublime coloured stones is the Graff ruby – acclaimed at the finest ruby of Laurence Graff’s career – an 8.62 carat gem of exceptional “pigeon-blood” hue, from Burma’s historic Mogok mine. 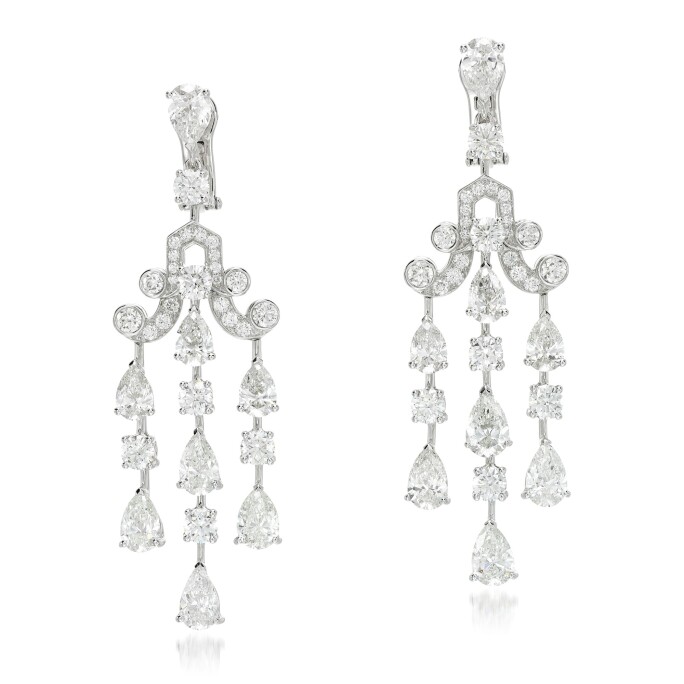 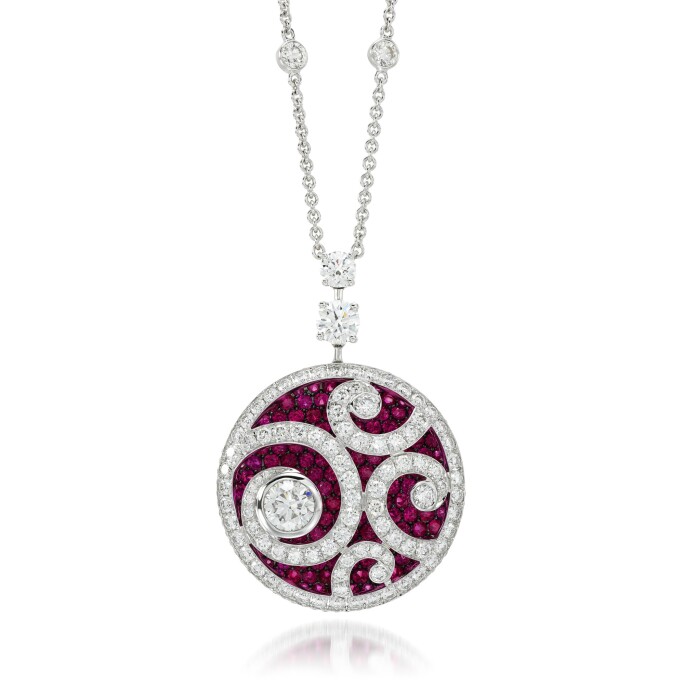 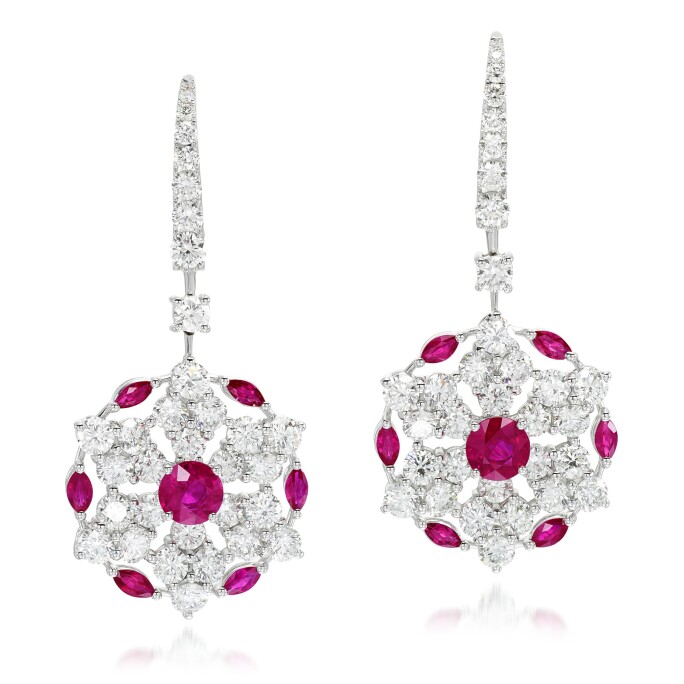 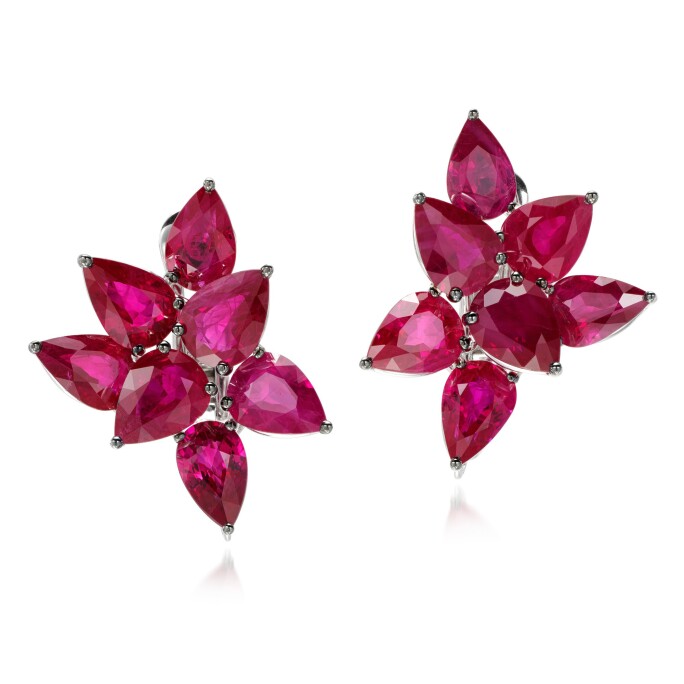 Amongst momentous newly-discovered diamonds is the Graff Constellation, 102.79 carats, the largest round brilliant-cut internally flawless diamond in the world, the Delaire Sunrise, 118.08 carats, the largest square emerald cut fancy vivid yellow diamond, and most breathtaking of all, the Lesedi La Rona at an astonishing 302.37 carats, the largest, highest colour, highest clarity diamond ever certified by the GIA.

It was cut from a monumental rough diamond of 1109 carats discovered in Botswana in 2015, and which yielded another 66 satellite stones. These modern masterpieces of the diamond cutter’s art have been made possible by Graff’s pioneering business model, which has revolutionised and modernised the diamond industry, leading it towards more ingenuity, creativity and transparency.

Today, Graff is totally independent and vertically integrated, linking every sector of the diamond jewelry supply chain, from ownership of a share in a mine in Lesotho, through its state-of-the-art cutting and polishing facility, to Graff’s London-based headquarters with its design studio and workshops, and boutiques around the world.

Over the years, Graff has brought glamour and dynamism to the highest of High Jewelry, for example, introducing yellow and pink diamonds to a new generation of buyers, even lavishing entire collections of rare gems on a single jewel or, even more daringly, on a dramatic timepiece. Graff designs are prized as contemporary classics, allowing the stones to shine supreme, capturing the timelessness that is the essence of great jewels and gems through history.The streamlined sophistication of Art Deco has been a major influence, while in recent years, as Laurence Graff’s son, François has taken the helm of the company, a wealth of subtle but rich and diverse cultural and historical inspirations have infused the splendour of the jewels with fluidity and femininity.

A celebrated collector of modern art, Laurence Graff views each of his extraordinary diamonds as a true and rare work of art. He deals only in superlatives and his single-minded mission – simply to be the best – now passed onto the next generation, has ensured that the name of Graff is synonymous with the most fabulous jewels in the world. 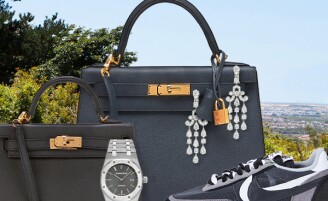