Property from the Collection of Bruce Dayton and Ruth Stricker Dayton

F or the November 2021 Modern Day Auction, we are pleased to present a noteworthy selection of Impressionist and Post-Impressionist paintings, works on paper and sculpture from the collection of Bruce Dayton and Ruth Stricker Dayton. The majority of the Daytons’ collection was given as a landmark donation in 2016 to the Minneapolis Institute of Art upon Mr. Dayton’s passing. The select few of their most cherished works were kept by Ruth Stricker Dayton. Among the works offered is a sculpture by Auguste Rodin, L’Éternel Printemps, regarded as one of his late masterpieces, a Henri-Edmond Cross still life once owned by the Nabis painter Maurice Denis and a vibrant townscape by Gabriele Münter, painted during the artist’s first year in Murnau while living with her partner at the time, Wassily Kandinsky. Additional works in the collection include a riverside scene by Henri Martin, four drawings by Henri Matisse, and works by Albert André and Louis Hayet. 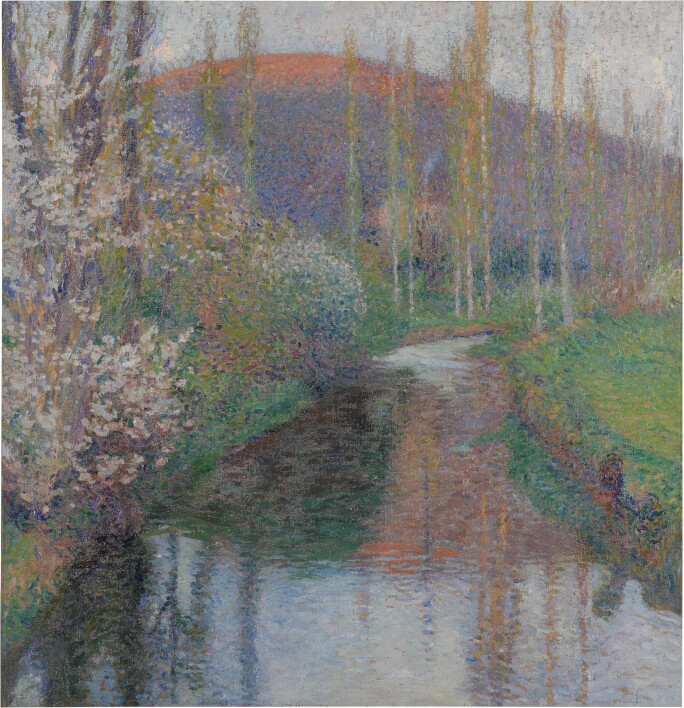 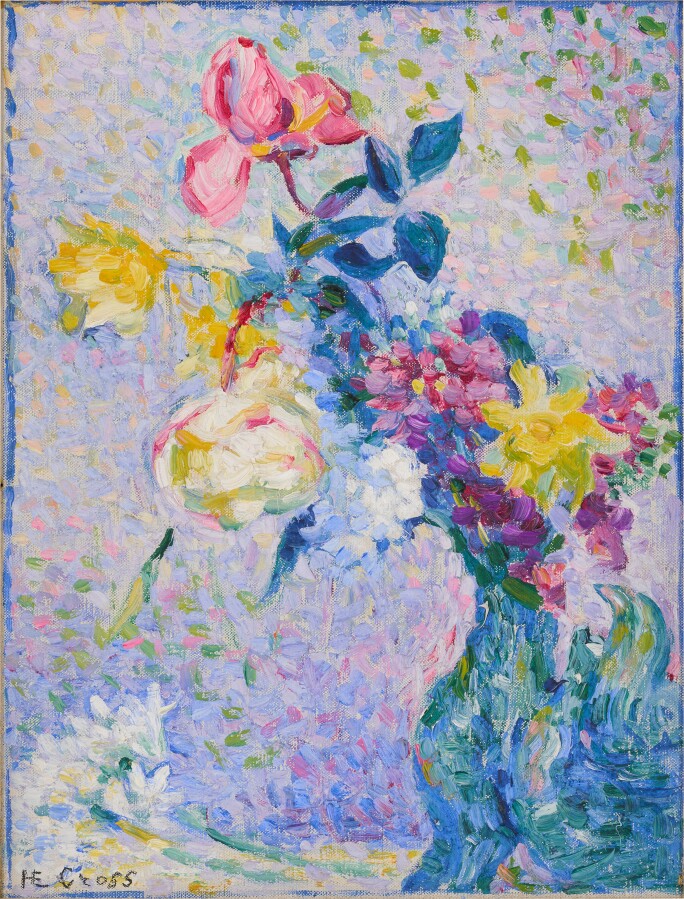 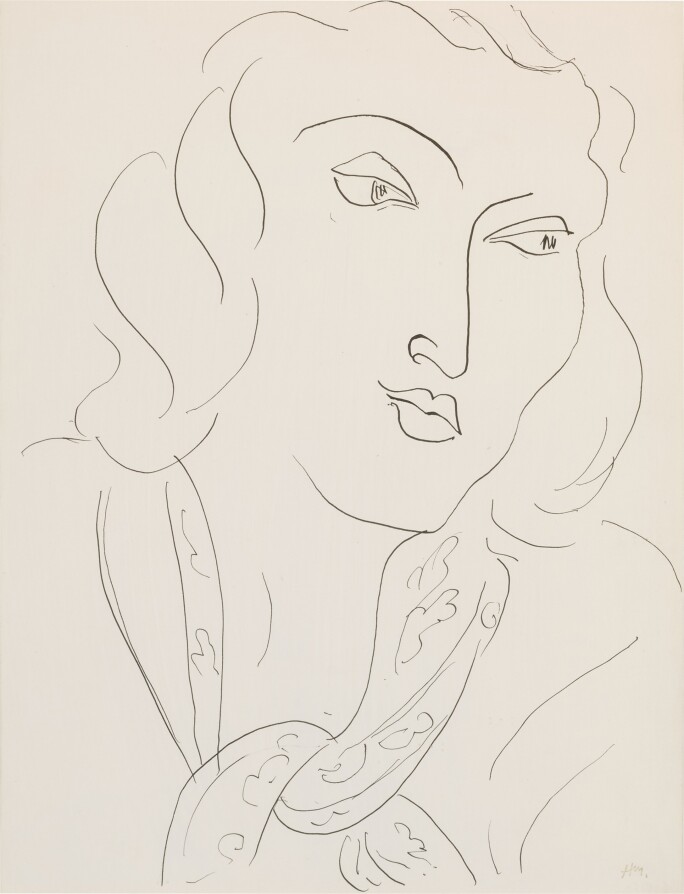 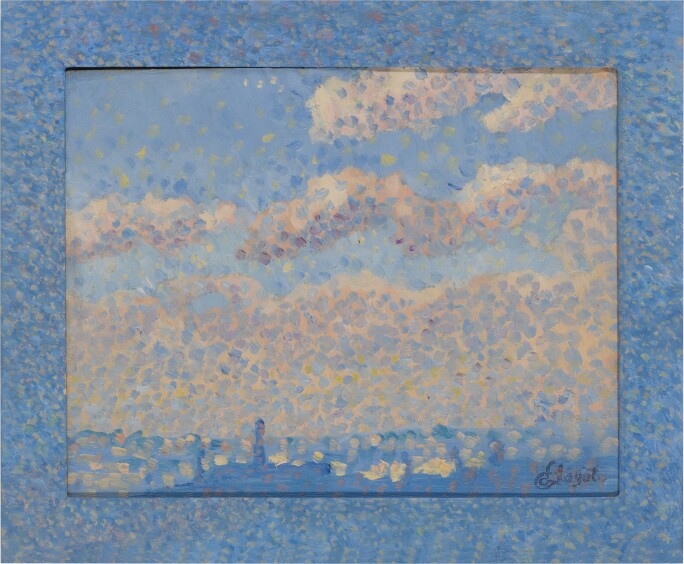 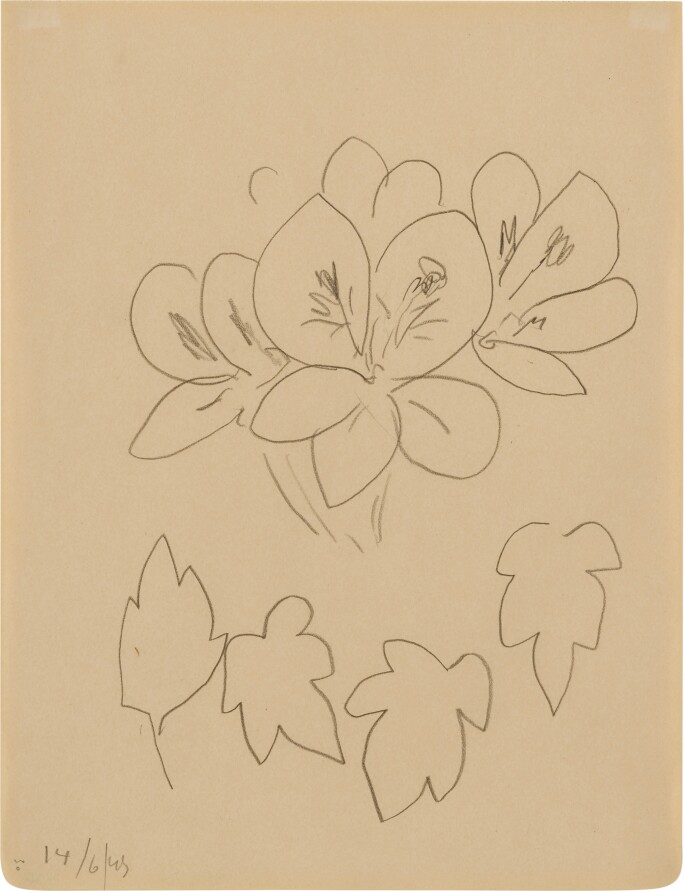 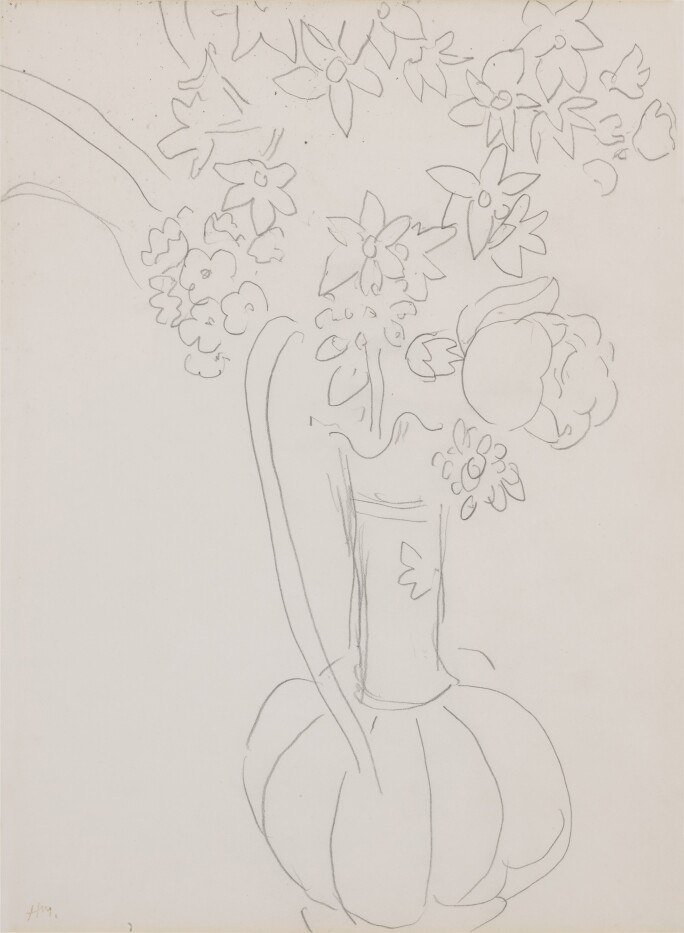 Property from the Collection of Bruce Dayton and Ruth Stricker Dayton

The Art of Stewardship: The Collection of Bruce Dayton and Ruth Stricker Dayton

There have been few art collectors more influential than Bruce Dayton (1918-2015) and Ruth Stricker Dayton (1935-2020). Longtime philanthropists and supporters of the Minneapolis Institute of Art (Mia), the Daytons’ immense generosity, impeccable eye, eclectic interests, and continual curiosity shaped the institution into one of the leading encyclopedic art collections in America. Throughout his lifetime, Bruce Dayton donated over 2,000 gifts of art to the Mia spanning a broad range of categories, including masterpieces like Édouard Manet’s The Smoker, Ernst Ludwig Kirchner’s Zurich, Nicolas Mignard’s Venus and Adonis, and many other works by canonical artists. In particular, working closely with Dr. Robert Jacobsen, Mia’s Chair of Asian Art at the time, the Daytons added more than 800 examples of Chinese art, furniture, and architecture, transforming the Mia into one of the largest and most important displays of Chinese art in America.

“We always have the museum audience in mind and seek to build collections that will speak to it of the wonders of China.”「我們總是心繫美術館的觀眾，建立收藏時，總念著要向大家展示令人讚歎的中國文化之美。」

Bruce Dayton was born in Minneapolis, Minnesota in 1918 to Nelson and Grace Dayton, the second of five sons. Bruce’s grandfather, George Draper Dayton, had founded the Dayton Company, a Minneapolis department store, in 1902. Bruce Dayton graduated from Yale University in 1940, and served in the Army during World War II. Immediately after the war, Mr. Dayton sold shirts in the family's department store, and became company’s Treasurer in 1946 at the age of 28. Upon their grandfather’s and father’s death, the five brothers inherited the family business, and over a short period of time transformed their single-store business in downtown Minneapolis into the national Target department chain. The Dayton brothers were known to work together as a team, never taking individual credit and always playing to one another’s strengths. A keen financier and businessman, Bruce Dayton held various corporate posts, including Chief Executive Officer and Chairman of the Board. However, as he wrote in his 2008 memoir, he was always the Treasurer, which afforded him a pivotal role in the decisions that transformed his family business into one of the largest retailers in the United States.

The Dayton brothers emphasized the importance of giving back to the community and committed 5% of their pre-tax profits to charity. For Bruce, this took the form of art philanthropy. Known as a modest, private, and reticent man, he took pleasure in the ideas, values, and beauty afforded by art. In 1942, at the age of 24, Dayton was recruited by renowned Chinese art collector Alfred F. Pillsbury to be the youngest member on Mia's board of trustees, where he continued to serve for 73 years until his death. He provided over $80 million to the Institute, and was described by the New York Times in 2009 as "a dean of American corporate arts philanthropy." His support went beyond gifts of artworks—he also helped to create endowments to support museum operations, sponsored exhibitions, purchased land for museum carpark facilities, funded conferences and catalogues, and spearheaded various funds and campaigns. As a collector from the 1940s to early 1990s, Mr. Dayton was interested primarily in European and American paintings, gifting seminal masterpieces like Wassily Kandinsky’s Study for Improvisation V (1910), Piet Mondrian’s Composition with Red, Yellow, and Blue (1922), and Frank Stella’s Tahkt-I-Sulayman, Variation II (1969) to the Mia. However, it was upon meeting his wife, Ruth, that the couple started collecting Chinese art in the early 1990s, transforming the Mia into one of the foremost collections of Chinese furniture, scholarly objects and other works of art in America.

Bruce Dayton's interest in China was motivated by his wife's passion for Chinese philosophy and medicine. Ruth Stricker Dayton was born in 1935, the daughter of a Presbyterian minister. She graduated with a double major in Religion and Physical Education from Macalester College in the 1950s, paving the way for her future work in wellbeing and fitness. Early on, she was diagnosed with lupus, an experience that evolved into a lifelong desire to teach and help others. Ruth was an avid student and follower of Chinese philosophy, tai chi, and medicine, and incorporated aspects of these practices into her own teaching and lifestyle, believing wholeheartedly in the integration and inseparability of the mind and body. A pioneer in mind-body medicine, she founded The Marsh in 1985, a holistic center that combines physical fitness with mental, spiritual, and emotional wellbeing. It contained a cardiologist and an acupuncturist working side by side, unheard of at the time.

Ruth Stricker Dayton made holistic healing her life's work. Amongst her numerous accomplishments, she was asked by the Ministry of Health in the former Soviet Union to advise and teach on chronic health conditions, she sponsored a research project on mindful exercise involving The Marsh, the University of Massachusetts, Harvard University, Psychology Today and American Health magazines, and she was one of the founders of the University of Minnesota Earl E. Bakken Center for Spirituality and Healing. Together with her husband, she funded a three-year project at the Beijing Institute of Technology that investigated the benefits of tai chi and qigong and their impact on cancer recovery.

Bruce and Ruth Dayton visited China more than a dozen times, and it was during these trips that they became, in their words, ’confirmed Sinophiles.’ Wanting to develop the Mia’s Chinese holdings without competing with previous donors like Pillsbury, Augustus Searle, and Richard Gale, the couple started with building out the museum’s Chinese furniture collection, which was then non-existent. As they progressed in their journey, working closely with Dr. Robert Jacobsen, they became intrigued by the original users of such furniture, leading them to the field of literati art. Consequently, they pursued calligraphy, paintings, scholarly objects, ceramics, early lacquer, as well as Buddhist art, Tibetan art, early metalwork, cricket paraphernalia, and illustrated books. Dr. Jacobsen described the Daytons as ’ideal donors, respectful of knowledge and always curious.’ Unlike most private collectors, who bought with their personal preferences in mind, the Daytons always considered the public audience. They consistently prioritized the museum’s need for high-quality, comprehensive, and contextual collections above their own tastes, and selected artworks with the understanding that they might become part of the Mia’s collection.

Immensely generous, the Daytons added superb examples of Chinese art to the Mia collection almost every week for a decade. Some notable purchases for the Institute include the rare and large 17th century huanghuali and tielimu standing screen (zuopingfeng) from the landmark auction of the Museum of Classical Chinese Furniture Collection, held on 19th September 1996 at Christie’s New York, which the Daytons acquired for $1.1 million USD. At that time, it was the highest price achieved at auction for any piece of Chinese furniture.

Other highlights include an 18th century imperial throne, a magnificent bronze figure of a celestial horse from the Eastern Han dynasty, a Southern Song dynasty wood sculpture of Guanyin, and an early Ming dynasty blue and white ‘dragon and phoenix’ meiping. The Daytons also provided the funds to purchase and restore three late Ming and early Qing dynasty structures around Lake Tai in Suzhou: a reception hall, scholar’s library, and garden. These architectural settings are now permanently installed at the Mia’s Asian galleries and provide an appropriate context for the classical furniture and scholarly objects. While gifts from the Daytons can be found in nearly all of the Mia’s galleries, their impact is perhaps most strongly felt in the ten Chinese art galleries.

Bruce Dayton once remarked, ‘I believe that one does not really own a work of art, but merely has the temporary possession of it and, hence, has a responsibility to find its highest or best use.’ Indeed, one would be hard pressed to find a higher or better collecting purpose than the Daytons’ commitment to philanthropy, civic duty, and reaching others through the power of art. 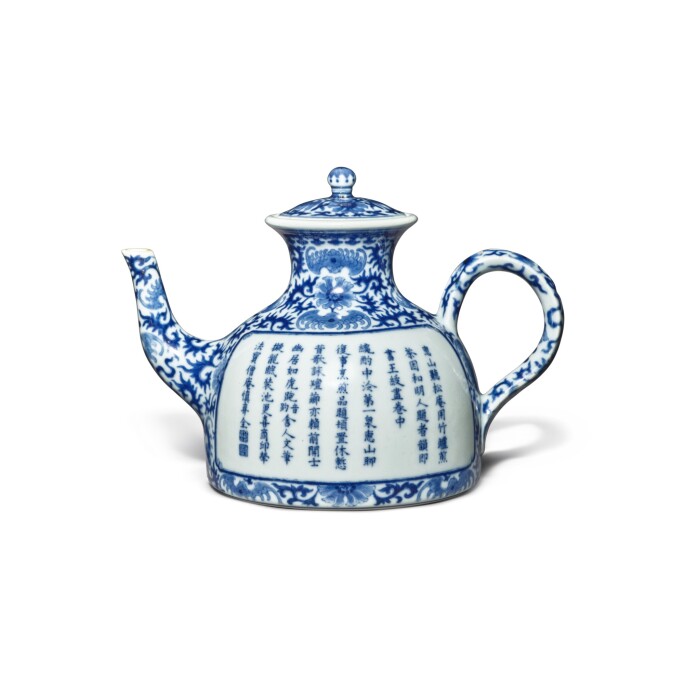 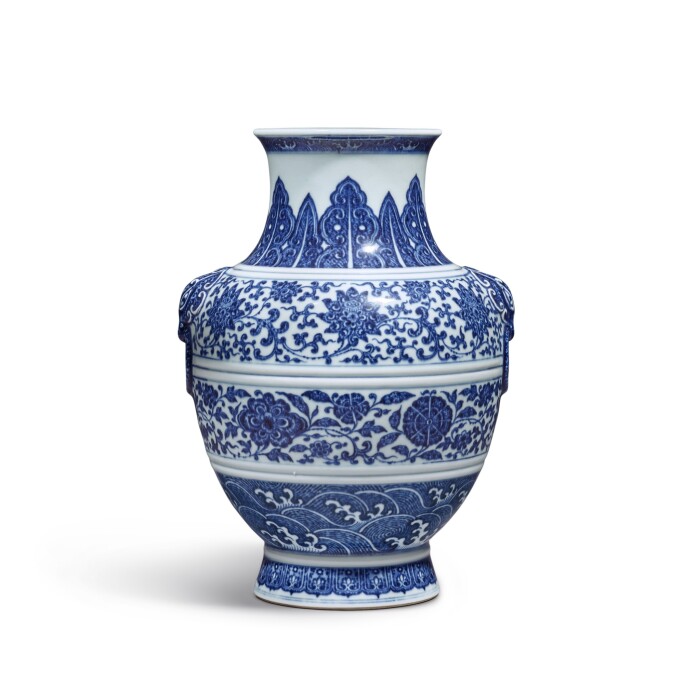 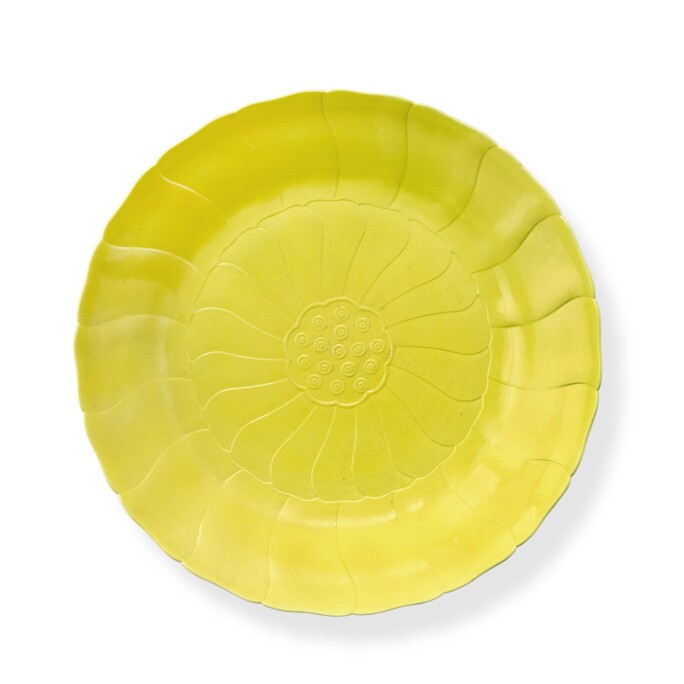 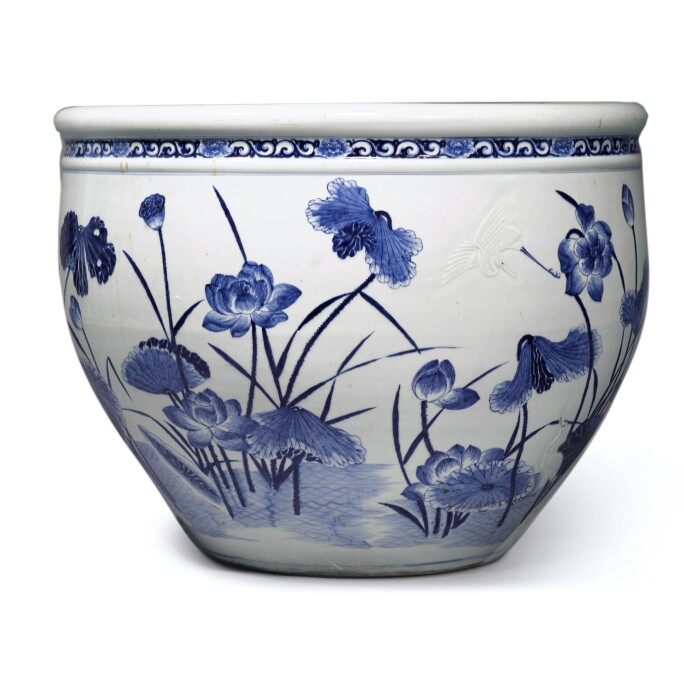