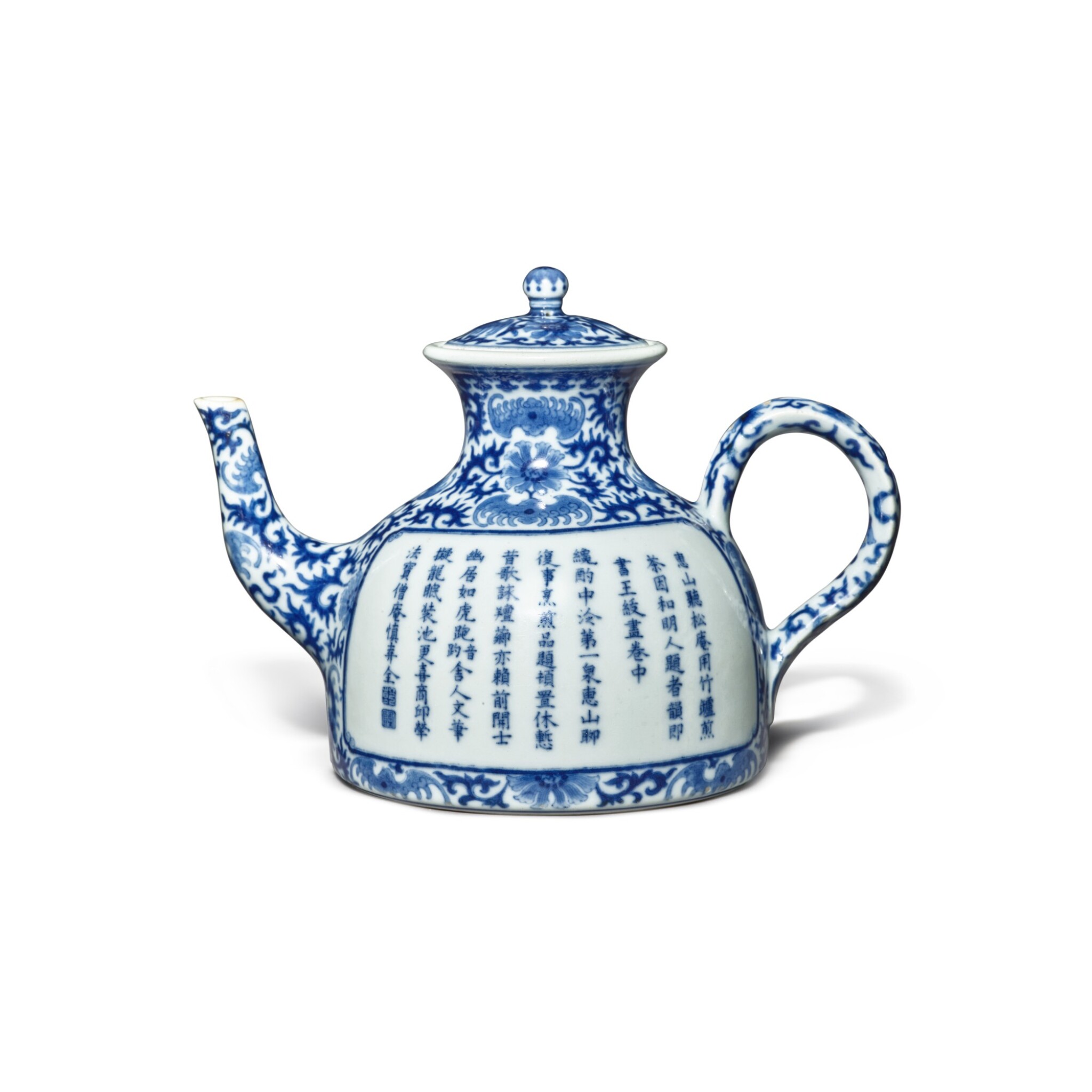 the domed body rising to an elongated waisted neck and flared rim, set with an upright curved spout opposite an elegant loop handle, each side with a rectangular panel enclosed within scroll borders, one panel finely painted with a scene of two gentlemen enjoying tea in a temple accompanied by an attendant near a brazier and a second attendant offering a scroll to one of the gentlemen, amidst a walled garden with craggy rocks and two tall pine trees, the moon gate revealing the horizon beyond, further trees peeking out from behind the garden confines, the other panel inscribed in kaishu with an eight-verse poem titled Brewing tea on the bamboo brazier at the Temple for Listening to Pines at Mount Hui inspired by the Ming verses and the paintings of Wang Fu, composed by the Qianlong Emperor and ending with two mock seals reading Qian Long, both panels reserved on a dense ground of stylized leafy arabesque scrolls interspersed with bats and flowers, the cover similarly decorated, the base with a six-character seal mark in underglaze blue (2)

The rim of the teapot with an approx. 2.5 cm wide triangular section out. The tip of the spout with a small restored chip. The cover with a section of the underside rim and part of the rim edge slightly polished. Overall with minor firing imperfections including minute glaze gaps to the handle.