A Rare Collection of 'Winnie-the-Pooh' from A.A. Milne’s Own Desk

By Halina Loft
On 18 December, Sotheby's will offer several fine and rare books from famed 20th century author A.A. Milne, whose 'Winnie-the-Pooh' series continues to delight readers around the world. The Fine Books and Manuscripts, Including the Olympic Manifesto auction will be held in New York at 10:00 AM EDT.

“S ometimes the smallest things take up the largest room in your heart,” Winnie-the-Pooh once said. Small can certainly be wonderful – consider the greatness of little Piglet, a bright red balloon or the last drop of honey. Or, if you’re lucky, a remarkable first edition of your favorite book.

First edition and an important presentation copy of the first Pooh book, inscribed by Milne to his wife Daphne


Published in 1924, this copy of When We were Very Young is illustrated by Ernest H. Shepard. On the first page, Milne wrote to his wife: "To the girl we love from her two boys. Nov 2, 1924." The only copy of comparable importance was the dedication copy Milne inscribed to his son, Christopher Milne, which sold in Sotheby's London, 12 December 2002, for £45,000.

First American edition, no. A of 200 copies on large paper of the first Pooh book, signed and inscribed by Milne

From 1926, this copy of the first American edition of Winnie-the-Pooh is signed by both Milne and his illustrator, Shephard. Milne also wrote a poem to his American publisher on the front free endpaper: "Congratulations, dear Macrae, | Upon the very lovely way | That you have done this book. | I only wish it were indeed | As beautiful a thing to read | As you have it look." This edition comes from the family of Elliott B. Macrae, whom Milne counted as a close friend.

First edition, no. 14 of 20 copies of Now We Are Six, signed and inscribed by Milne


This first edition of Now We Are Six dates from 1927 and is signed by both Milne and his illustrator, Shepard. Milne also inscribed the edition with a poem to his American publisher: "A gallant Knight is John Macrae— | He takes me on his pillion, | And round and round the U.S.A. | He dashes on his headstrong way, | Until there dawns the glorious day | When he can sheath his sword and say, | 'Well, Now We Are Six Million.'" This edition also comes from the family of Elliott B. Macrae. 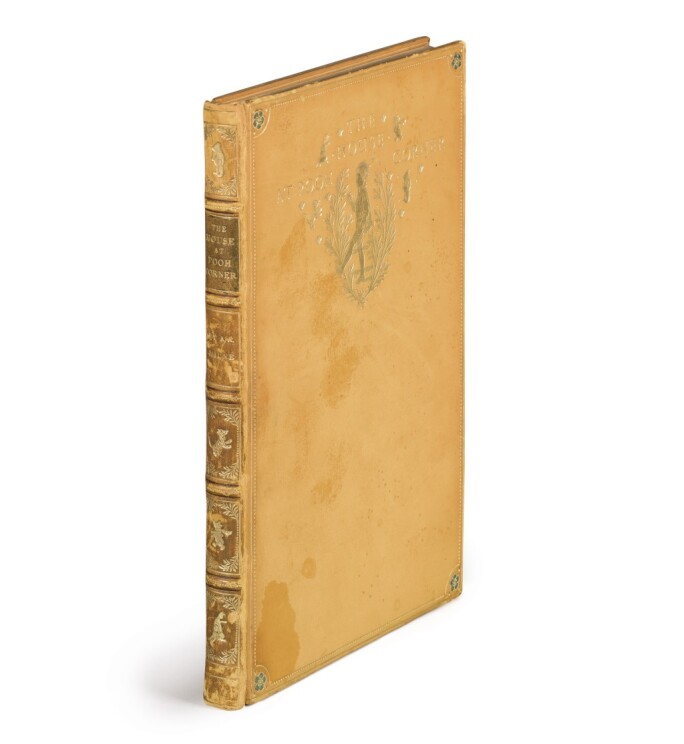 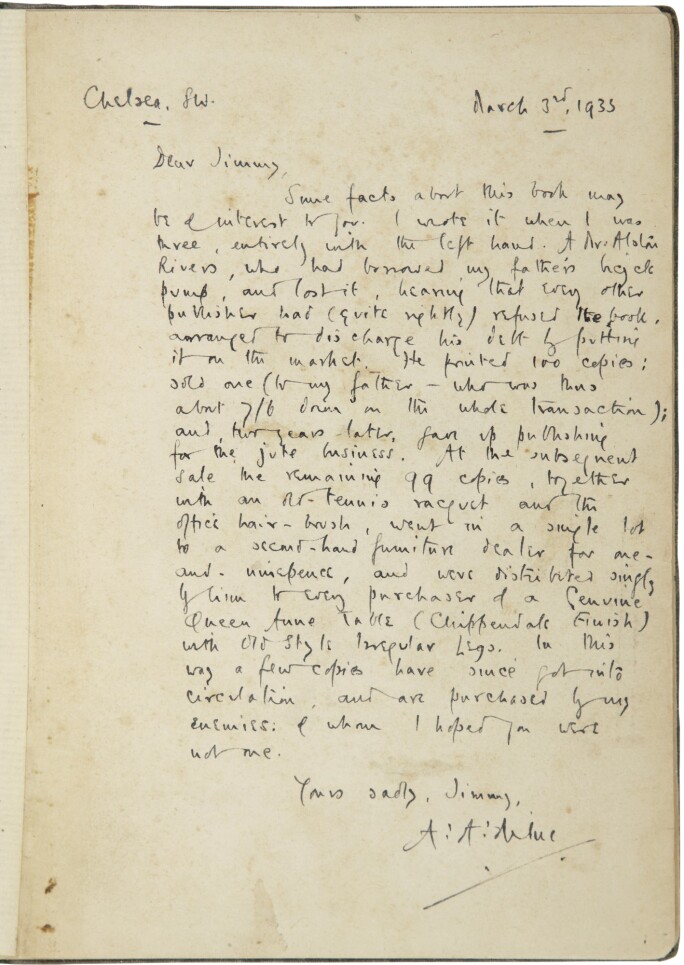 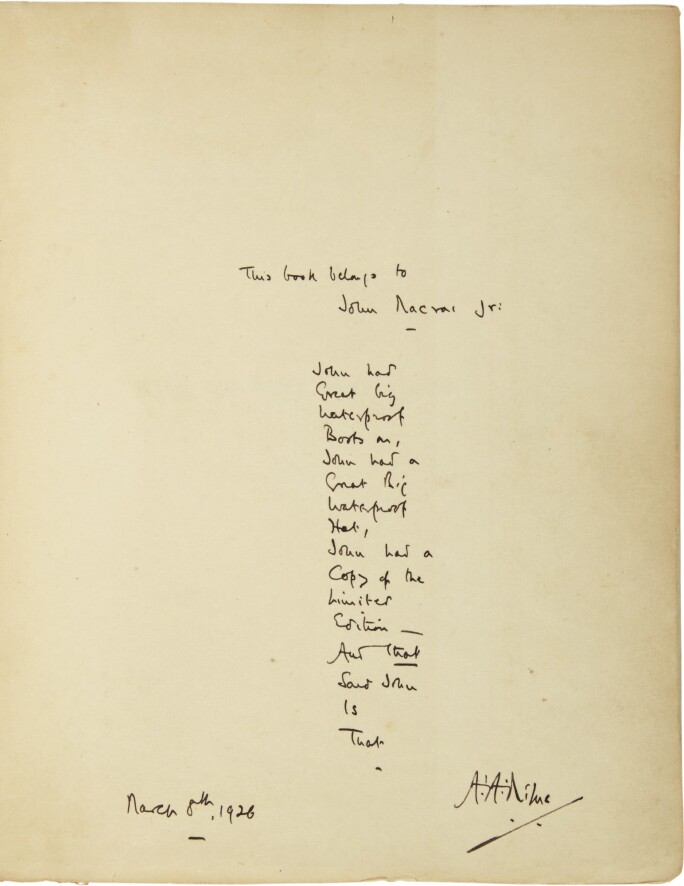 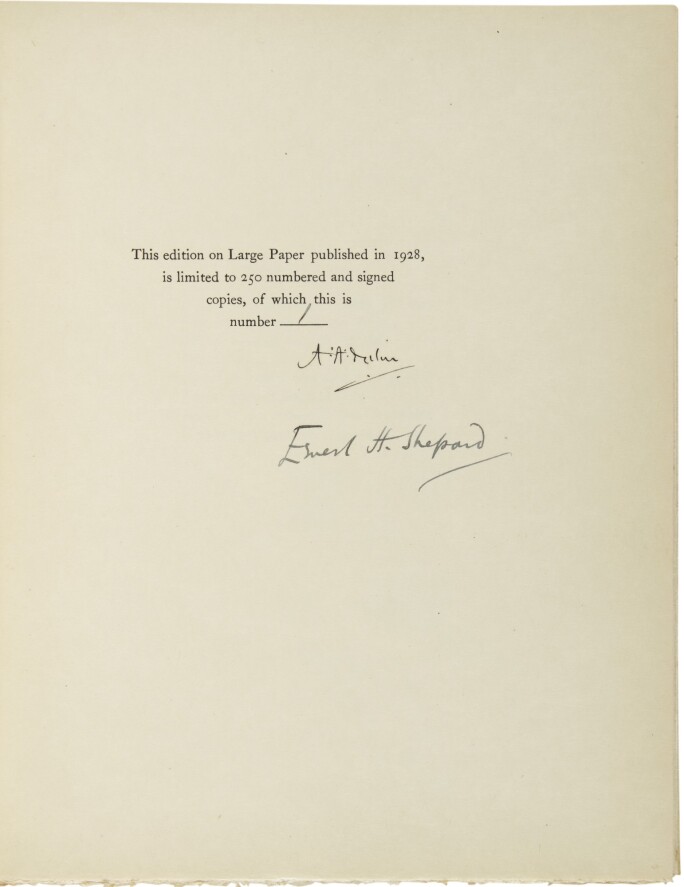 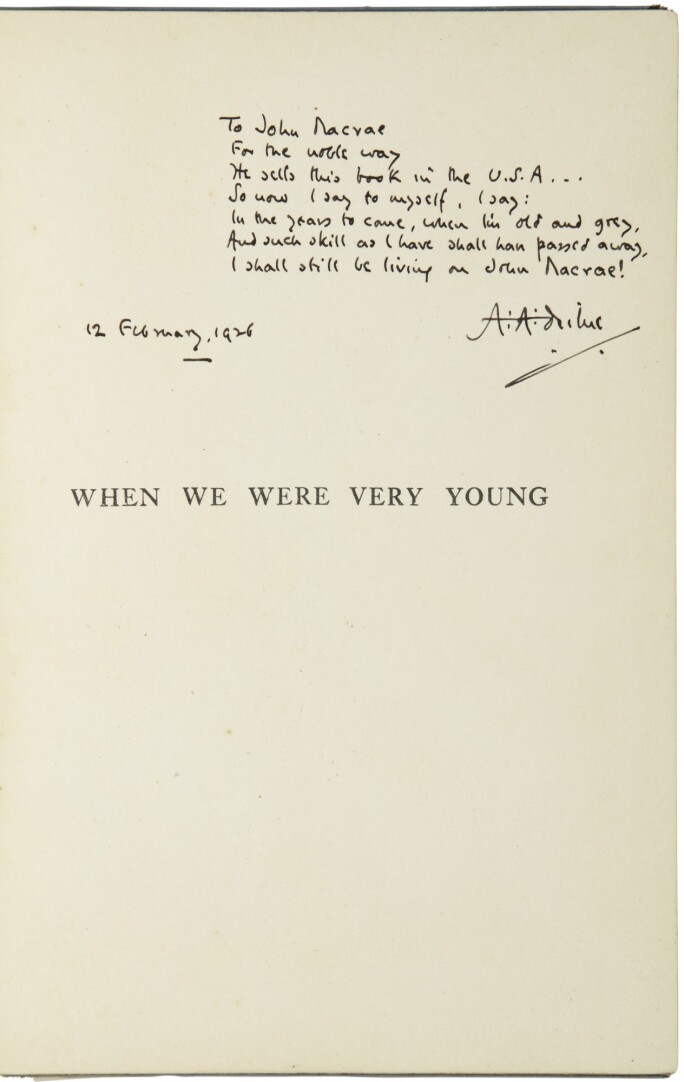 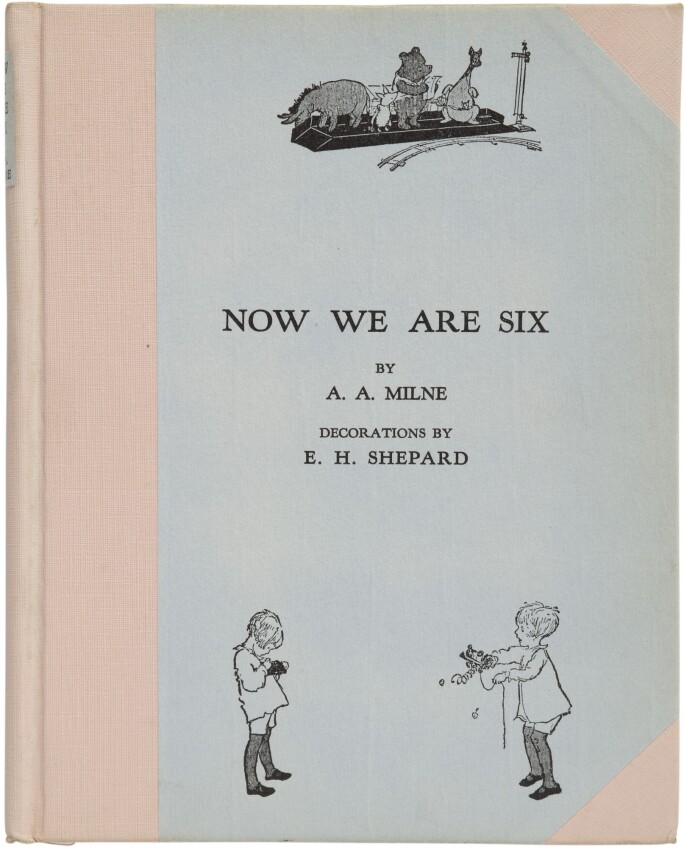 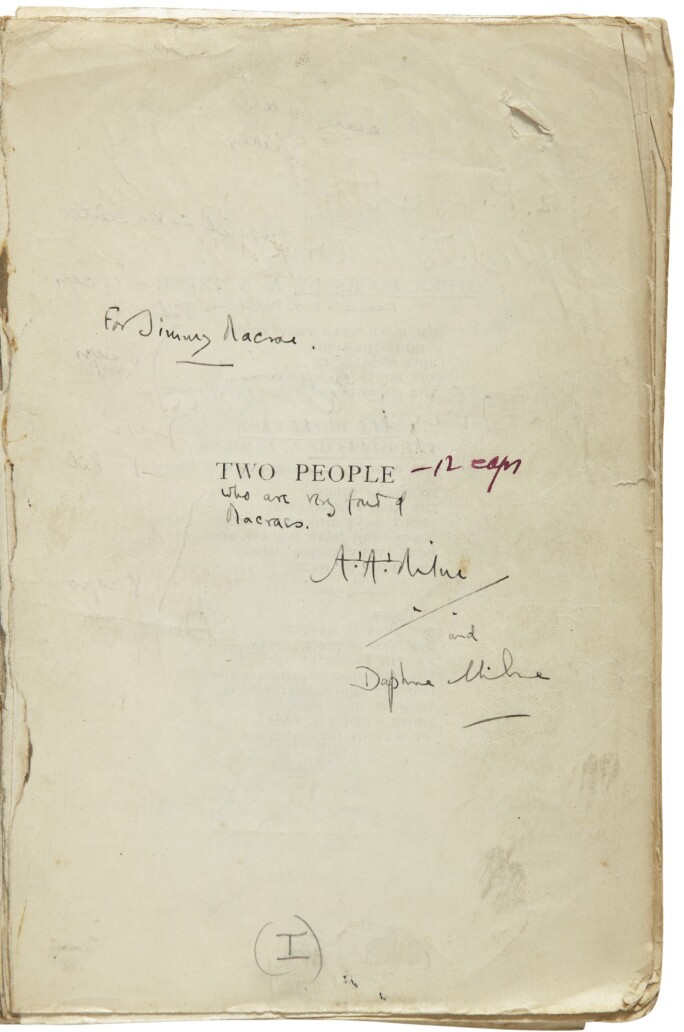 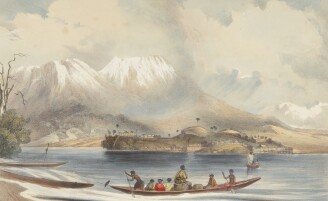