PROPERTY FROM THE FAMILY OF ELLIOTT B. MACRAE 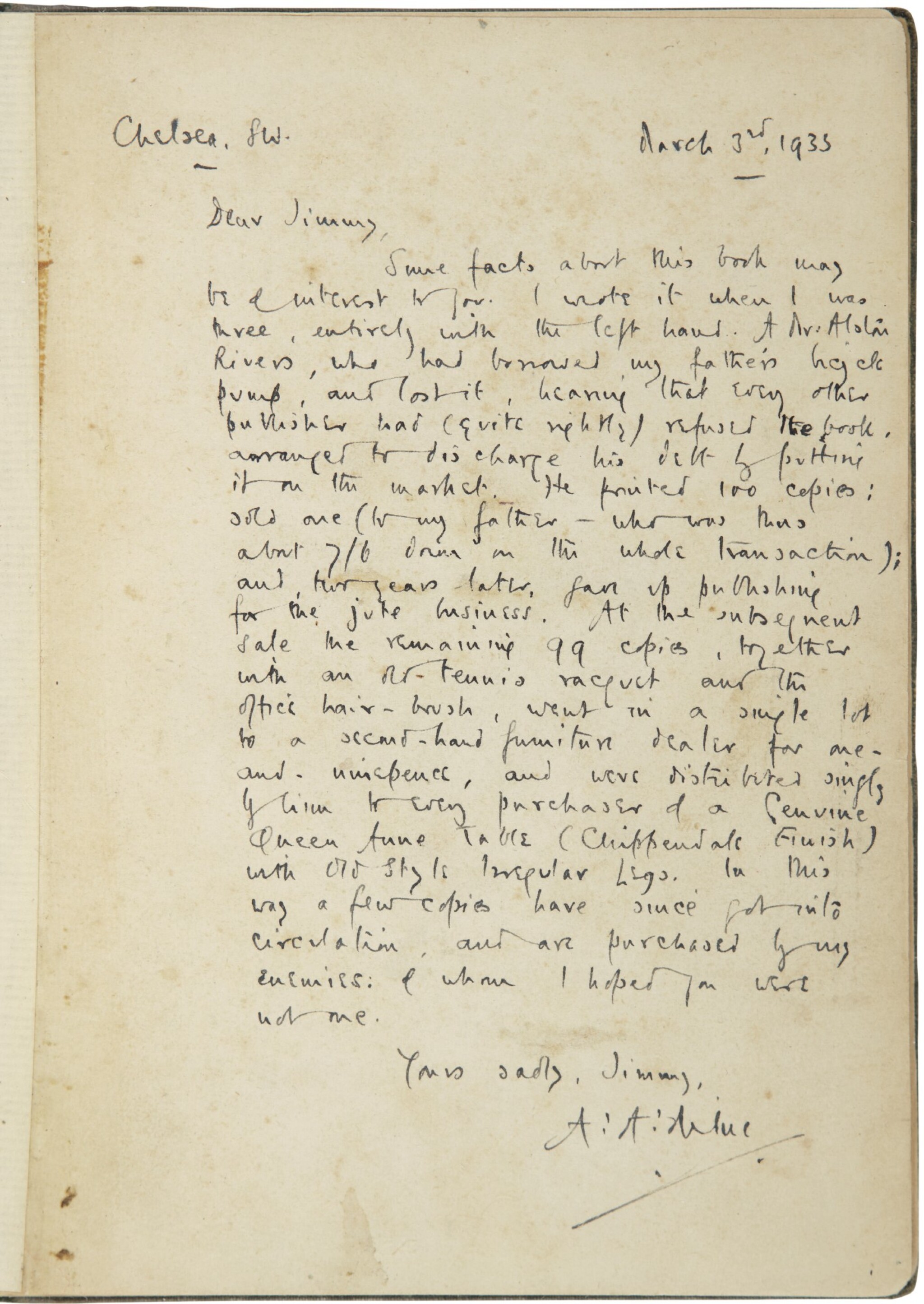 PROPERTY FROM THE FAMILY OF ELLIOTT B. MACRAE

Property from the Family of Elliott B. Macrae

First edition of Milne's first book, with a lengthy humorous inscription to his American publisher on the front free endpaper. At the request of Elliott Macrae, who published Milne's Pooh books in the United States, Milne inscribed and signed this book on 3 March 1933, addressing Macrae, as his friends did, as Jimmy: "Some facts about this book may be of interest to you. I wrote it when I was three, entirely with the left hand. A Mr. Alston Rivers, who had borrowed my father's bicycle pump, and lost it, hearing that every other publisher had (quite rightly) refused the book, arranged to discharge the debt by putting it on the market. He printed 100 copies: sold one (to my father—who was down about 7/6 on the whole transaction); and, two years later, gave up publishing for the jute business. …"

This book and the following 9 lots are consigned by the family of Elliott B. Macrae (1901–1968) succeeded his father as president of E. P. Dutton. He was a close friend of A. A. Milne, who was his favorite author—even standing as godfather for one of Milne’s granddaughters. Macrae scored a great publicity coup in 1947 when he arranged for the original stuffed Winnie-the-Pooh and friends to tour the United States. He brought authors as diverse as Lawrence Durrell and Mickey Spillane to Dutton and was the first American publisher to establish contacts with the Soviet Union. He would eventually publish Vladimir Dudintsev (see lot 127), Aleksandr Solzhenitsyn, and Yevgeny Yevtushenko.