F or the first time in over two years, Sotheby’s is delighted to have a live auction of Ancient Sculpture and Works of Art occurring at our New Bond Street office on 7 December. This Part I sale is led by a group of South Arabian sculptures from the collection of Antonin & Christiane Besse. The collection features a phenomenal selection of artworks that reflect a diversity of style and typology seen in the South Arabian canon, and is the first collection of its quality to be brought to auction.

The Besse collection is joined by a strong section of Classical marbles, including a Roman Marble Herm of a Kore, formerly in the storied Lansdowne collection and later owned by Hollywood star turned decorator, William Haines, as well as a Roman marble sarcophagus fragment depicting an epic battle between the Amazons and the Greeks, and a striking Roman marble head of Apollo, god of music, light and poetry. Other highlights include an Egyptian New Kingdom relief from the collection of the Albright-Knox Art Gallery and a Cycladic marble figure of a goddess from the collection of Paul and Marianne Steiner. 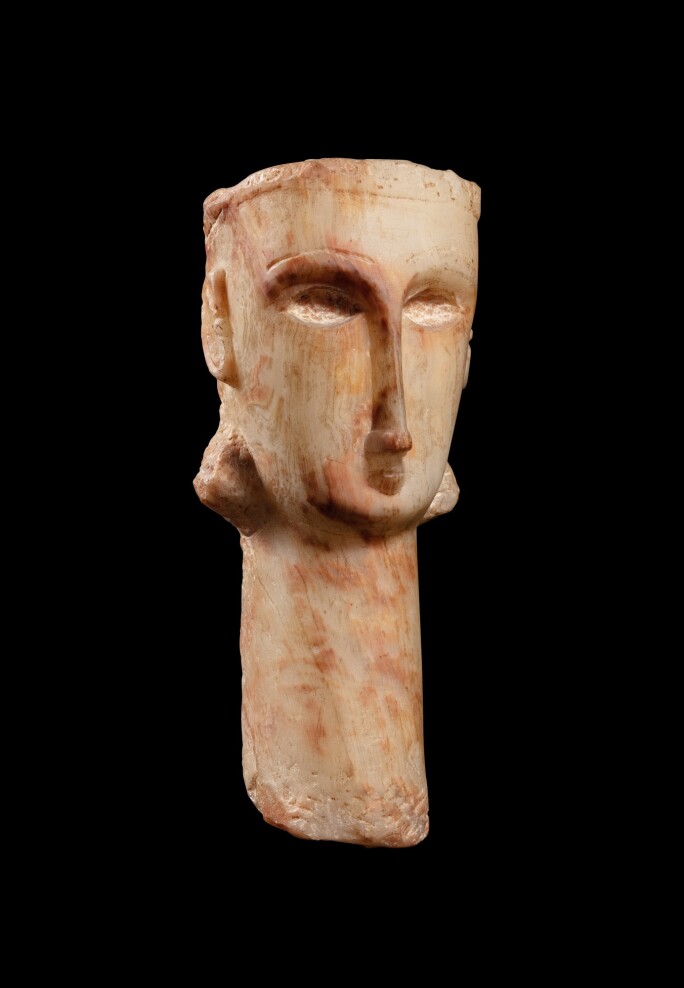 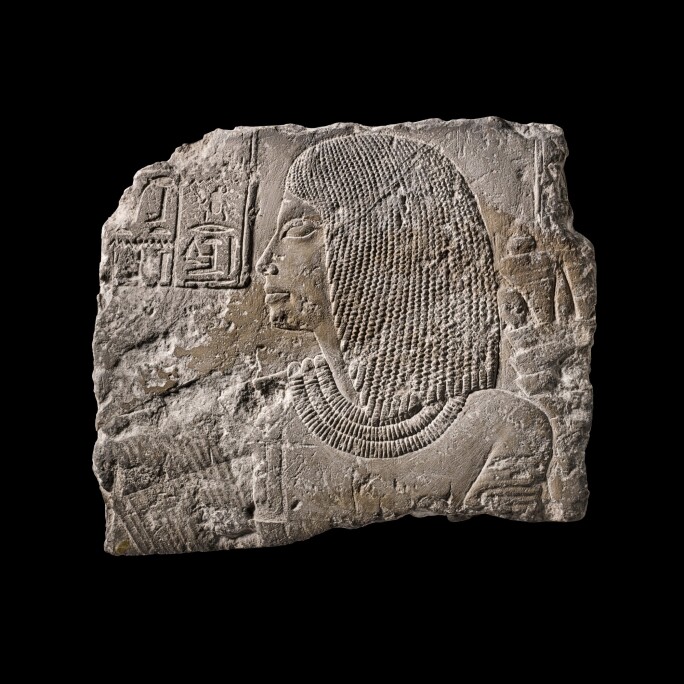 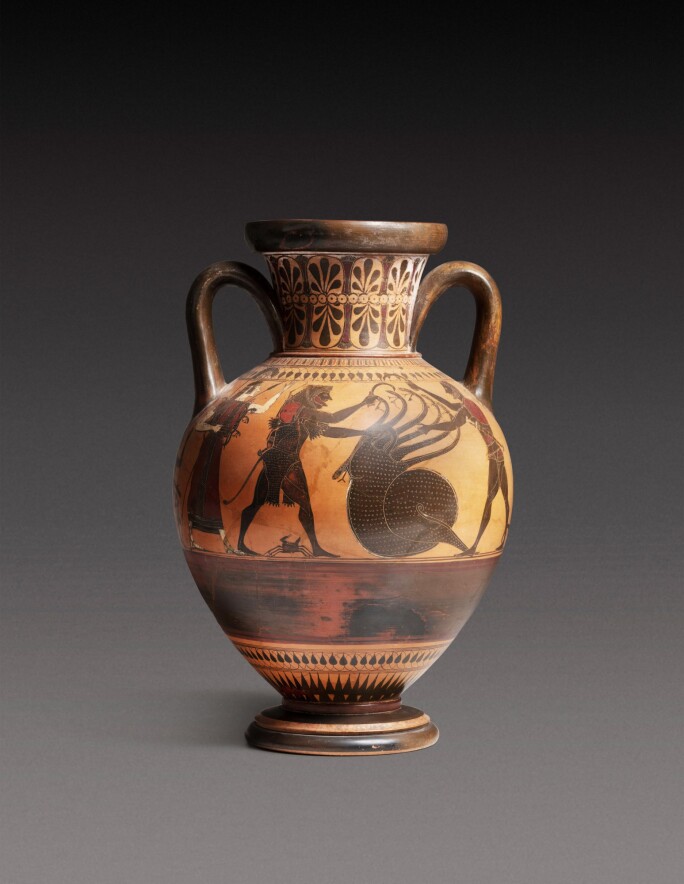 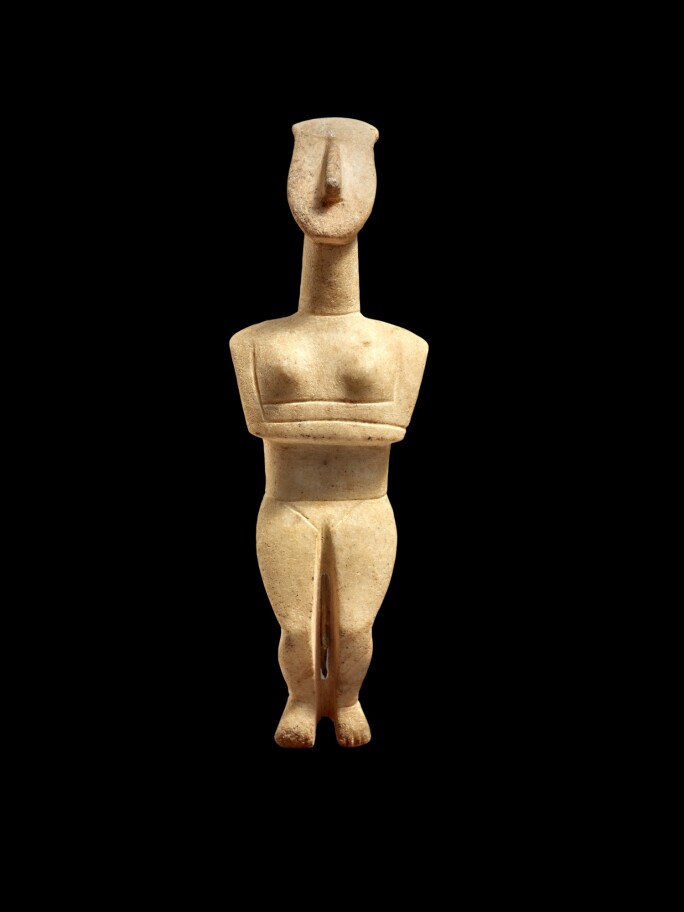 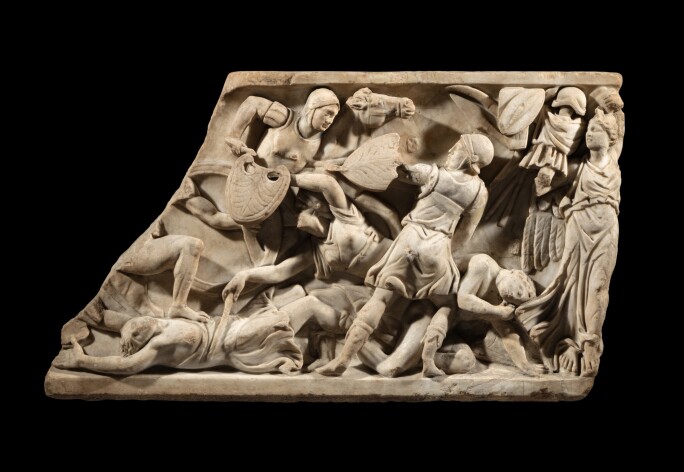 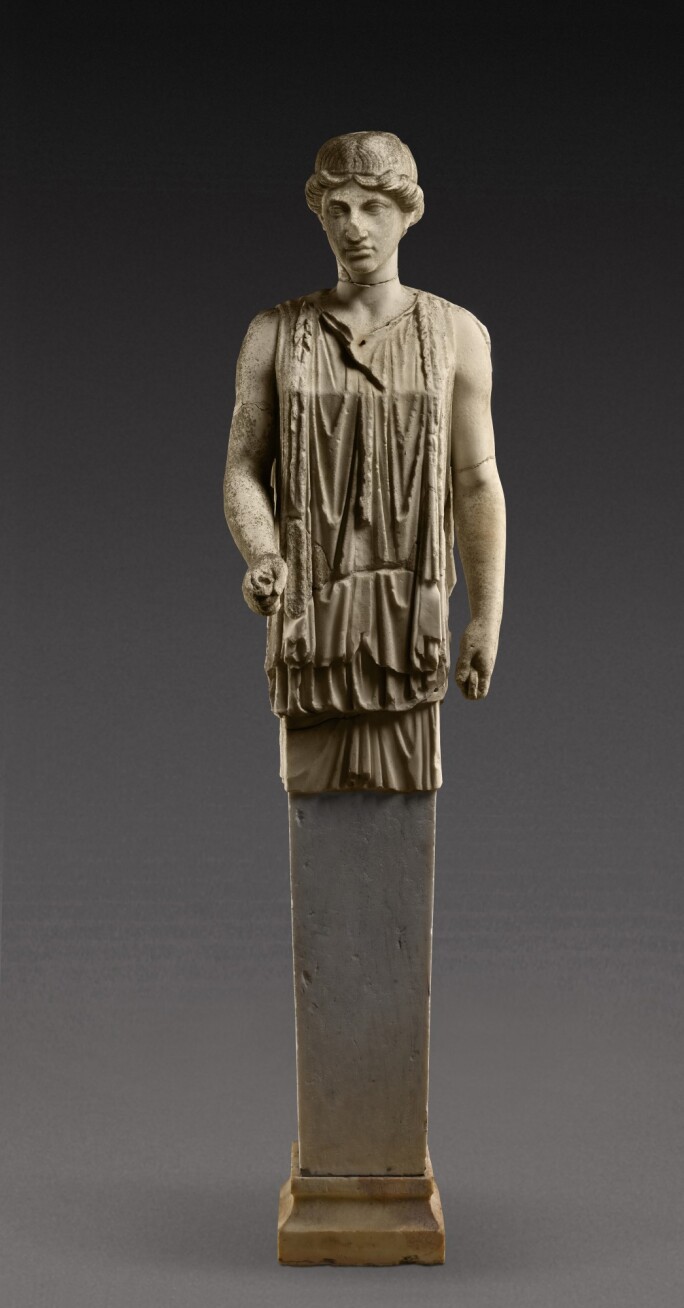 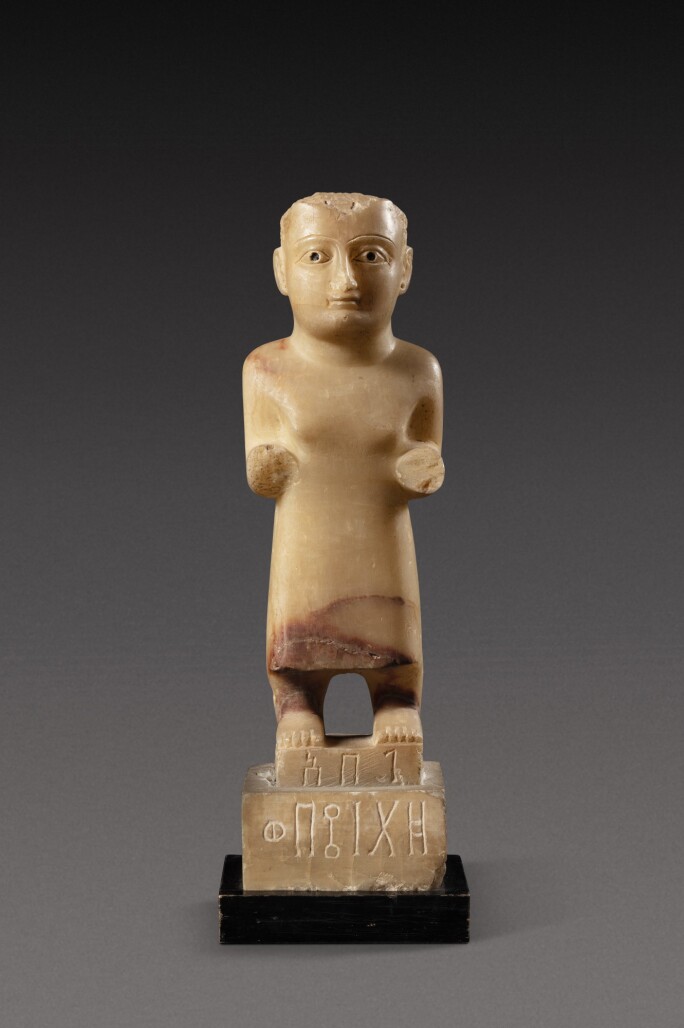 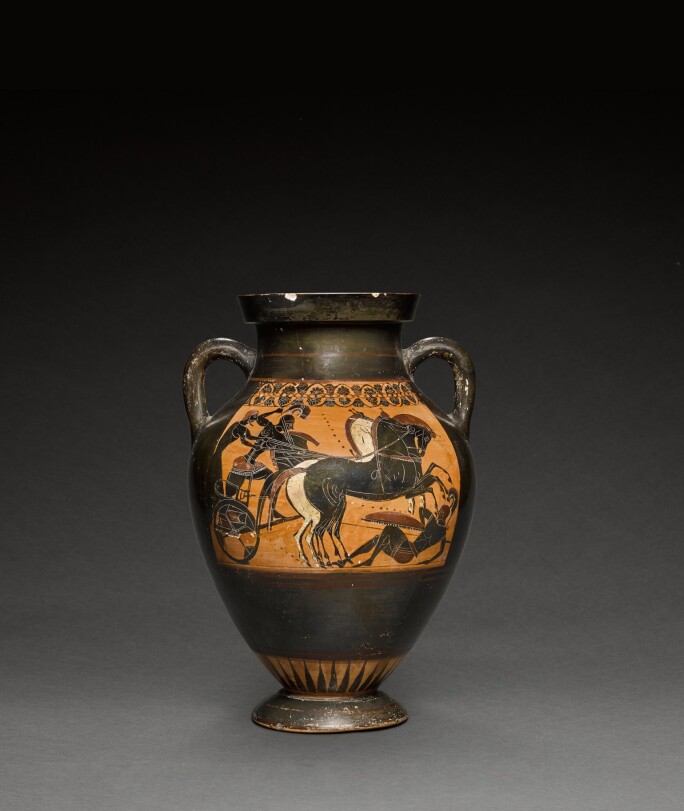 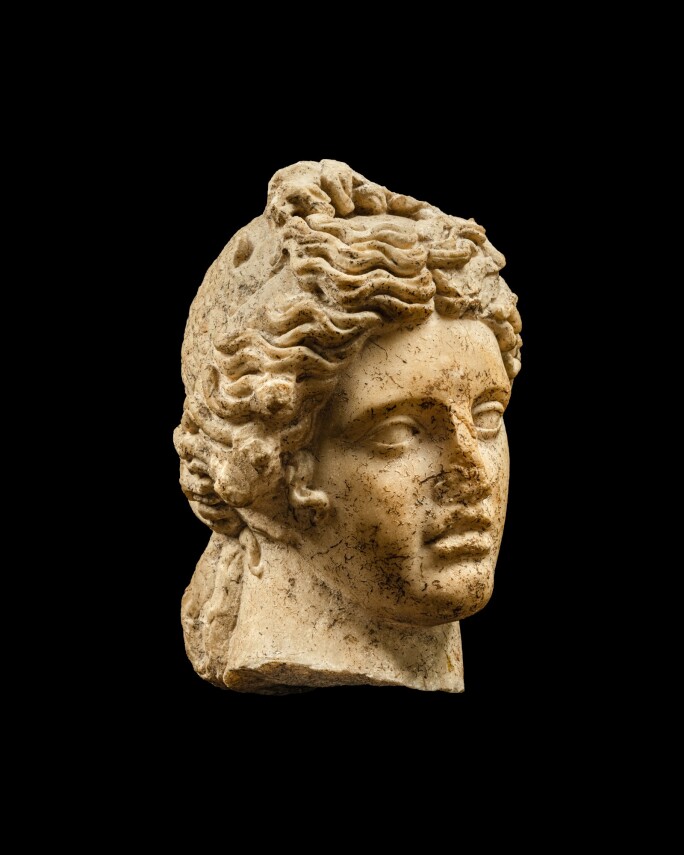 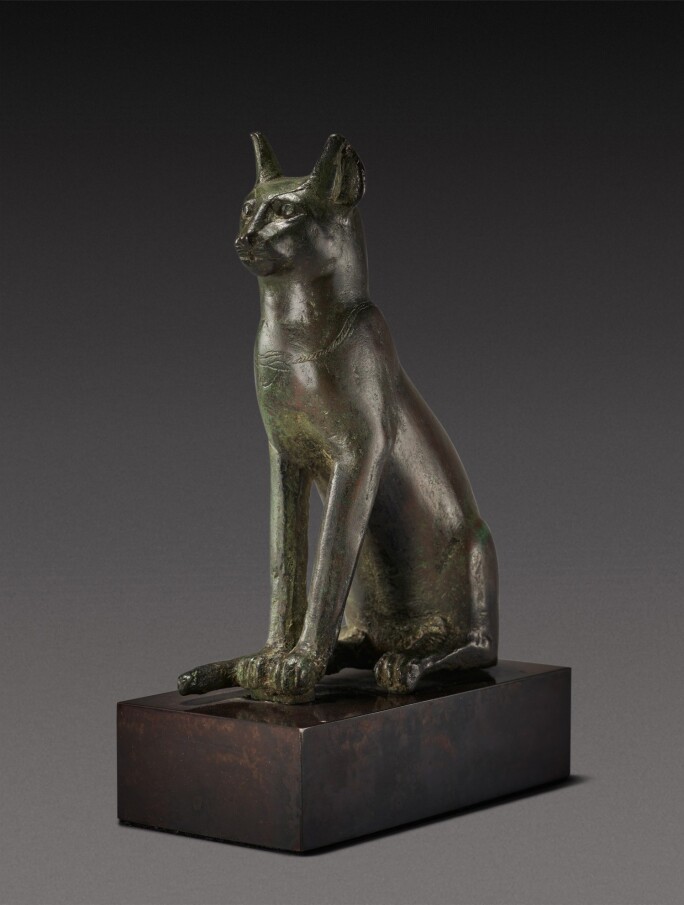 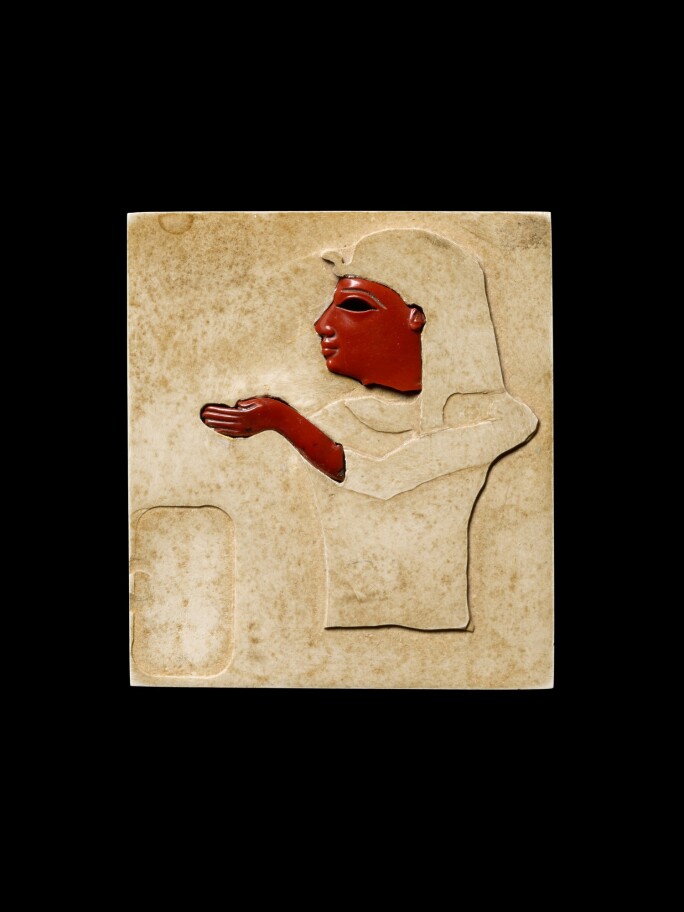 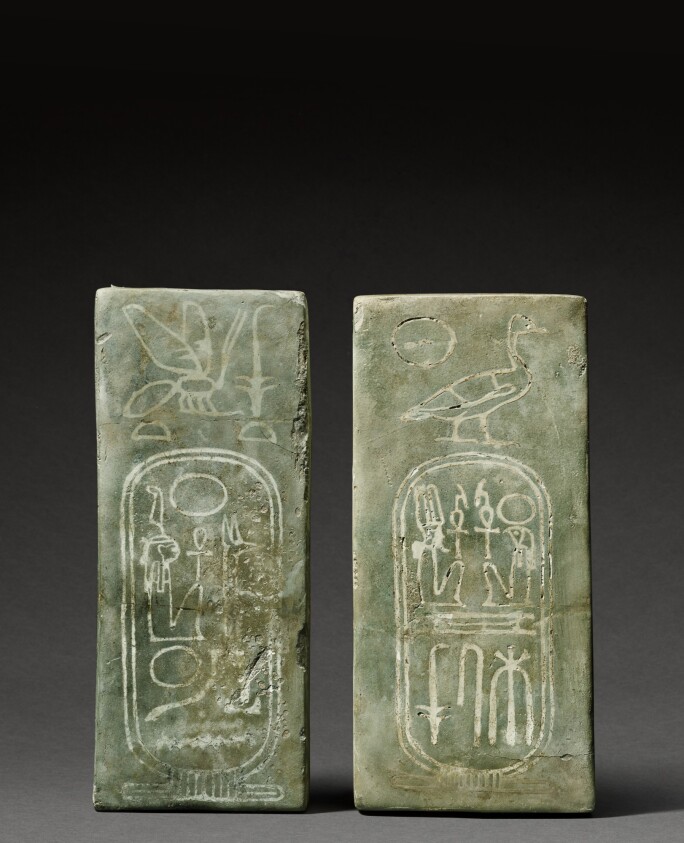 T his collection is a family story. It starts with our grandfather and an extraordinary odyssey which first took him from the French shores of the Mediterranean to the Gulf of Aden in South Arabia, or ancient Yemen, the legendary lands of the queen of Sheba. His trading empire developed from there, up the coast of the Arabian peninsula and across the African horn into Abyssinia. His love of the region is reflected in the family coat of arms which he designed when knighted in 1951: against the gold of the desert sands, a red star heralds distant lands. He also expressed it in the collection, which he began in the early part of last century. The British Museum is now the resting place of many objects he bequeathed*: funerary stelae carved with enigmatic Qatabanic symbols, sculpted alabaster heads that gaze out from empty eye sockets, and these astonishing bulls’ heads said to be associated with an ancient moon cult, but which in a poetic imagination might be the cattle of the sun-god upon which Odysseus’ companions feasted, thereby condemning themselves never to return home. 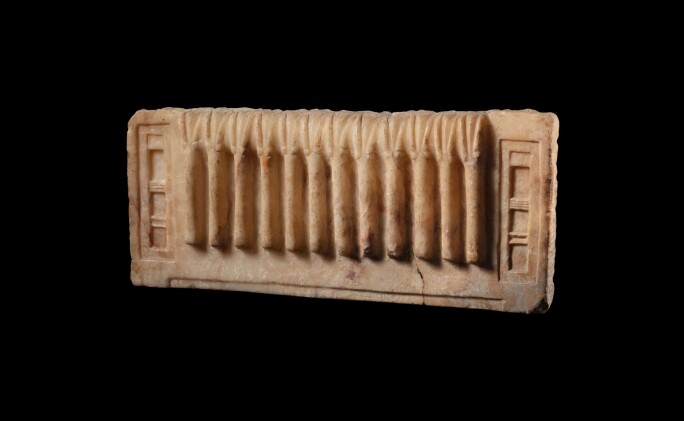 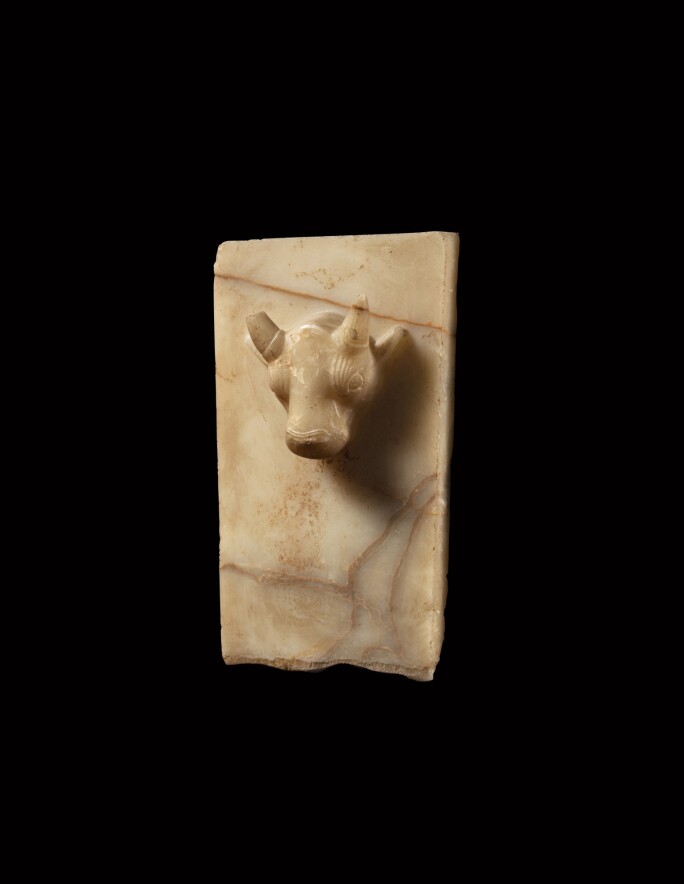 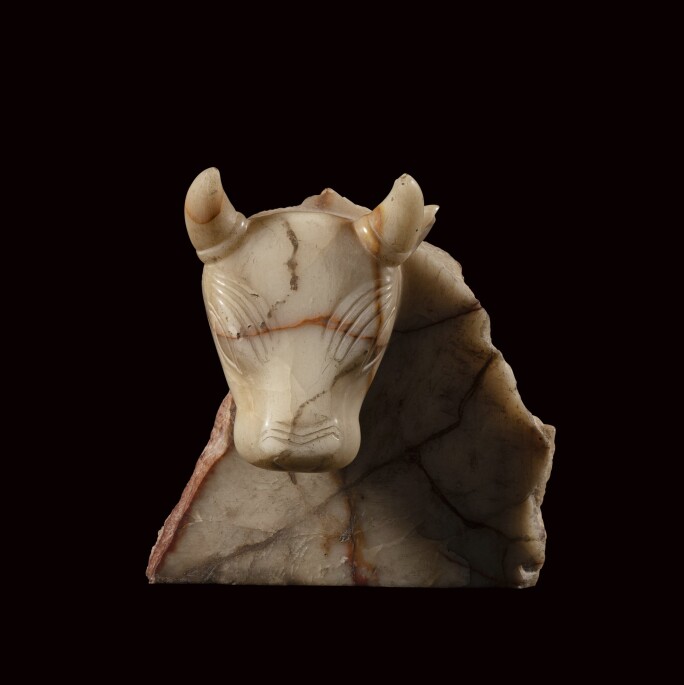 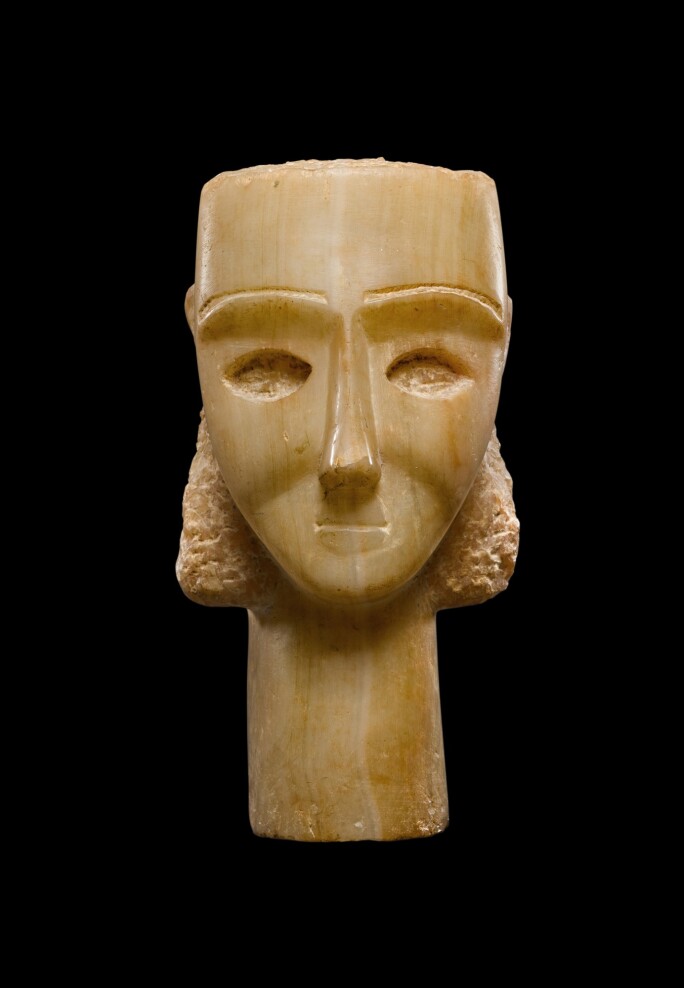 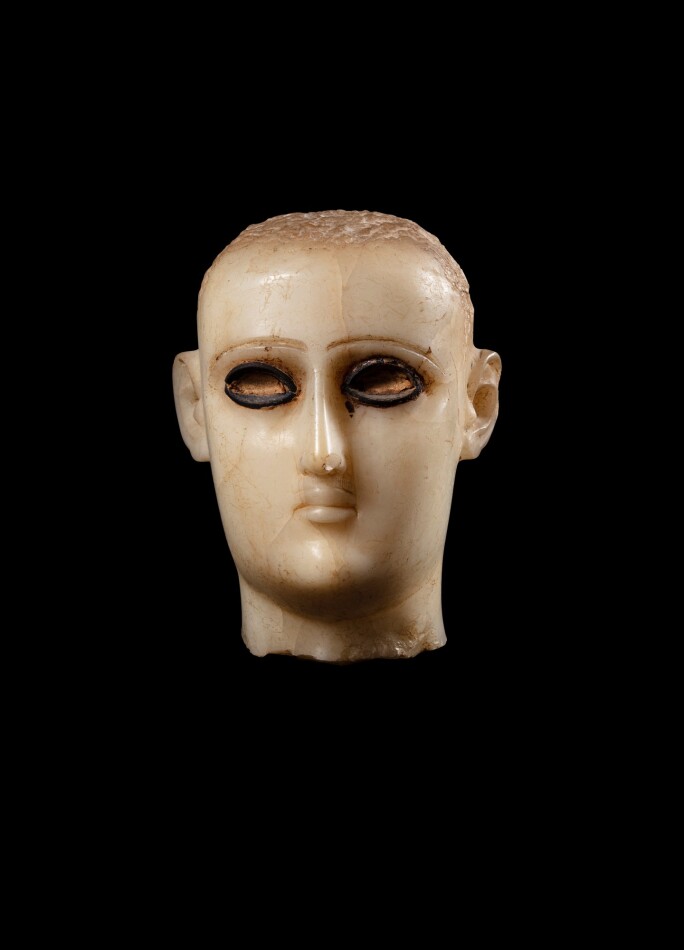 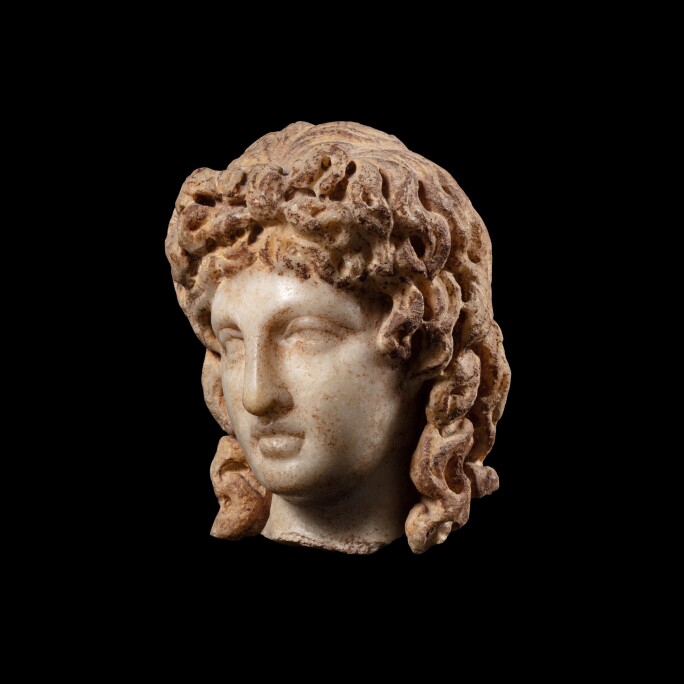 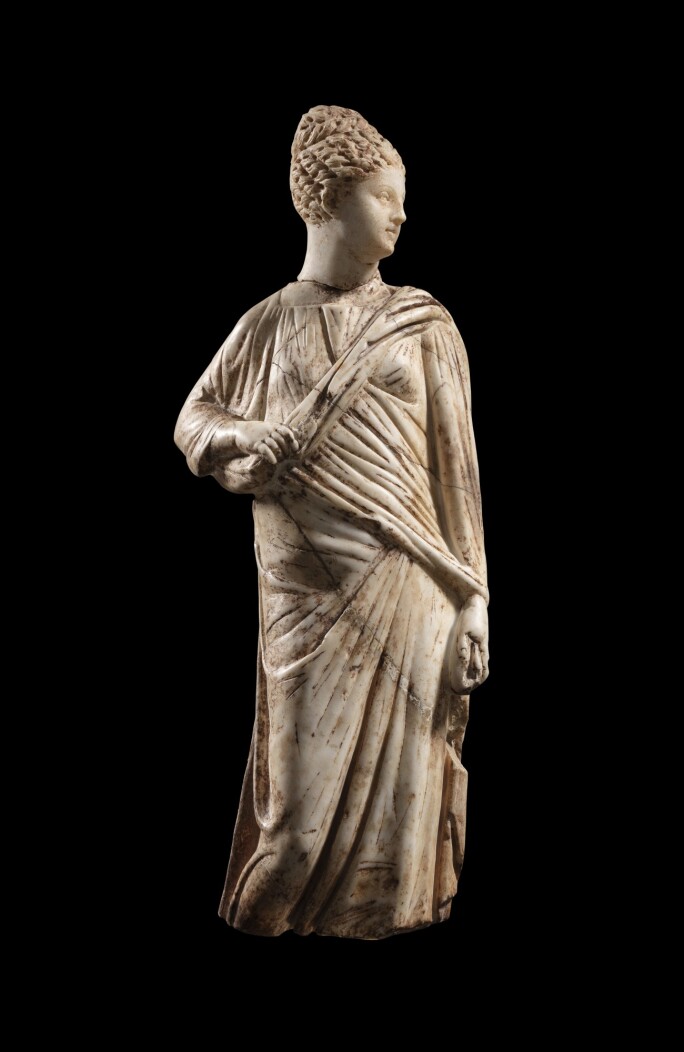 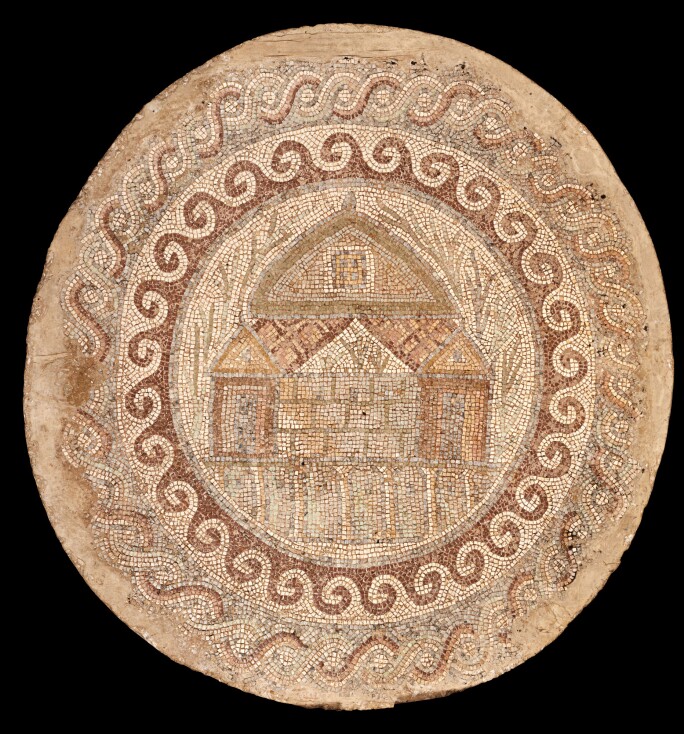 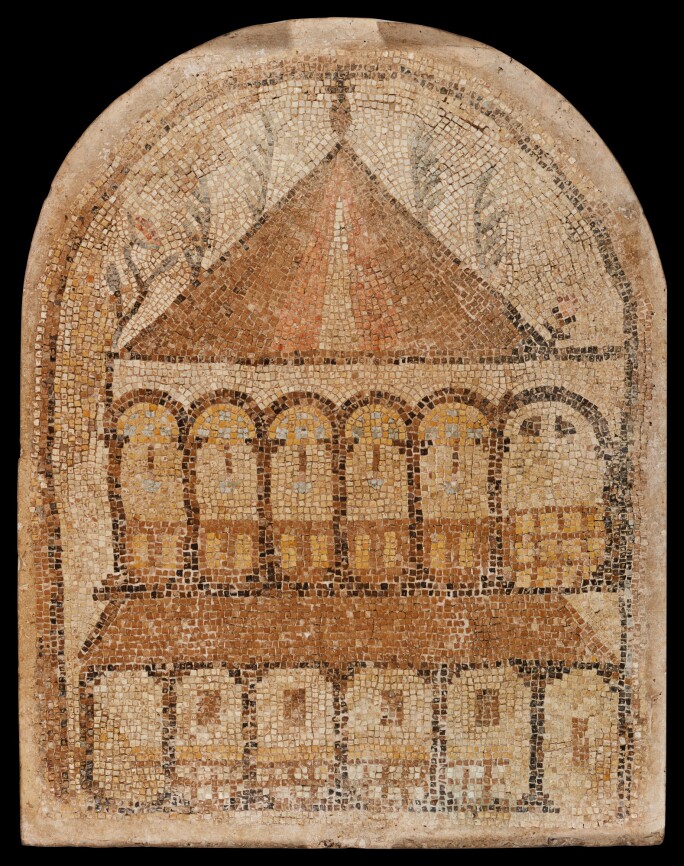 Our grandfather did return home before his death in 1951; by then our father had taken over at the helm of A. Besse & Co and we were both born within the decade that followed in Aden’s British military hospital. The collection had grown, carefully nurtured under the auspices of our mother’s formidable erudition and intellect, not to speak of her almost uncanny foresight. After her death we uncovered in dusty archives export certificates she had obtained from the government of Aden in the early 1960s – rare documents indeed from the final years of the protectorate and which saved the collection from the revolution that ensued. We were still very young children then, and together with the collection, found safe harbour in Europe. Our parents relocated to Beirut where for a while they were able to continue indulging their passion for antiquities. The alabaster ibex, bulls and busts were joined by delicate roman glass in iridescent colours, a menagerie of small bronze animals, marble and stone statuary of goddesses, and mosaïques richly adorned with people and beasts and flowers but also Byzantine churches and inscriptions. All these came home too and populated our childhood homes, until the civil war in Lebanon brought to an end this last chapter of our parents' Middle Eastern odyssey. They lost many dear friends during the war, including archaeologists and antiquarians with whom they had carefully worked to curate their collection. From that time on, they no longer added to this collection.

The antique object is time compressed, the physical witness of millennia traversed. But this very personal collection is also witness to a more immediate past, the extraordinary lives of our parents which sometimes took the form of an exile. Their real home was never as much the places in which they lived (Aden, Sanaa, Beirut, Addis Ababa, London, Paris…) as the collection itself. These objects together conjured up for them a sort of personal Ithaka, a world largely invisible to others which they always longed to return to. Now the objects in this collection must find a new place, integrate another’s space and continue their own journey.

"[The amazons, a mythical tribe of female warriors were] said by Greek writers to exist somewhere on the northern borders of their world. A more violent and militaristic lot than the peaceful denizens of Herland, this monstrous regiment always threatened to overrun the civilised world of Greece and Greek men.

An enormous amount of modern feminist energy has been wasted on trying to prove that these Amazons did once exist, with all the seductive possibilities of a historical society that really was ruled by and for women. Dream on. The hard truth is that the Amazons were a Greek male myth.

The basic message was that the only good Amazon was a dead one, or (...) one that had been mastered, in the bedroom. The underlying point was that it was the duty of men to save civilisation from the rule of women." 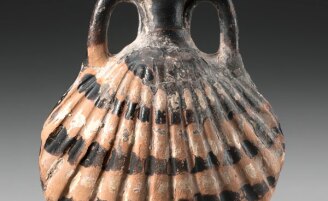