‘The emergence of easel painting in the southern Lowlands is one of the most remarkable events of the fifteenth century.’

T he term ‘early Netherlandish painting’ is used to describe the development of painting in the Burgundian and Habsburg Netherlands spanning the period from the career of Jan Van Eyck in the 1420s to the death of Gerard David in Bruges in 1523, effectively a mirror of the time when the Low Countries were the political and economic powerhouse of Europe. Almost completely overlooked by critics in later centuries the great ‘Flemish Primitives’ exhibition of 1902 in Bruges began a century of re-assessment not only by scholars such as Erwin Panofksy and Max Friedländer but also collectors, for whom this era has become a field of particular interest in recent years. The collection in this sale, formed in Spain over the past three decades is elegant testimony to this revival of taste and provides a fascinating overview of the period and the many trends within it. 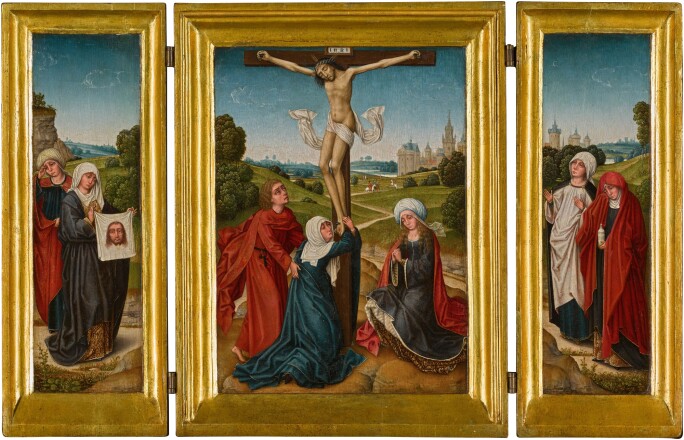 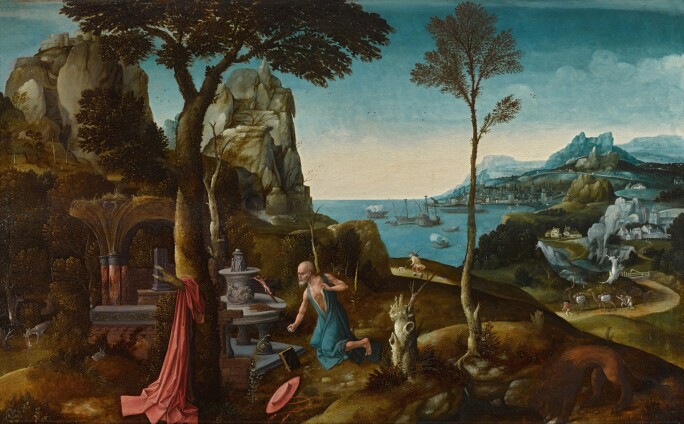 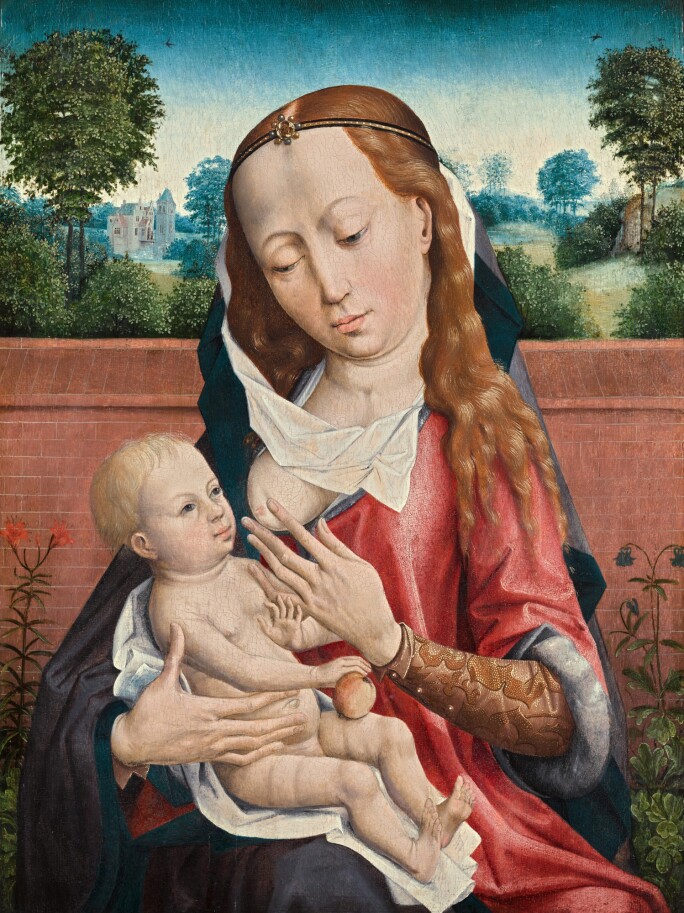 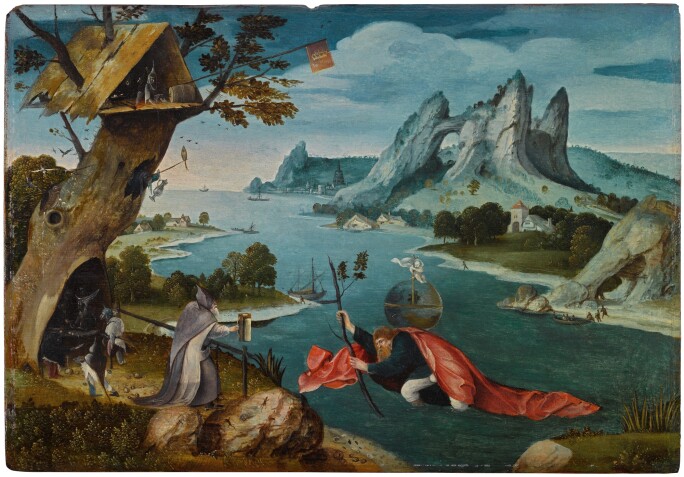 Early Netherlandish painting had its origins in French courtly art of the International Gothic era and grew out of the traditions and conventions of illuminated manuscripts. In what was effectively a turning-point in art history, painting moved from the older style to a more realistic and less formal depiction of the life and beliefs of men and the world they lived in. The three great painters of the first generation of Early Netherlandish painters Jan van Eyck (1390–1441), Robert Campin (The Master of Flemalle) (d. 1444) and his pupil Rogier van der Weyden (1400–1464) all enjoyed international renown and their influence was felt across northern Europe, from Bohemia and Poland in the east to Austria and Swabia in the south. Two paintings in the collection reflect the crucial and lasting influence of this first phase, both painted by followers of Rogier and using his designs: the portable triptych of The Crucifixion and the Virgin and Child both probably painted around 1500 in Brussels. Both also illustrate several important facets of this ars nova – the small scale of the works themselves and their extraordinarily realistic naturalism and attention to symbolic detail. This depiction of the visible rather than metaphysical world responded to the religious fervour of the period and answered its devotional needs – the veneration of the Virgin Mary in particular – by presenting the natural world to the viewer as a personal realm for meditation. These trends were continued by the greatest masters of the second generation, Hugo van der Goes (1440–1482), Dieric Bouts (1400?– 1475) and Hans Memling (1430–1494). 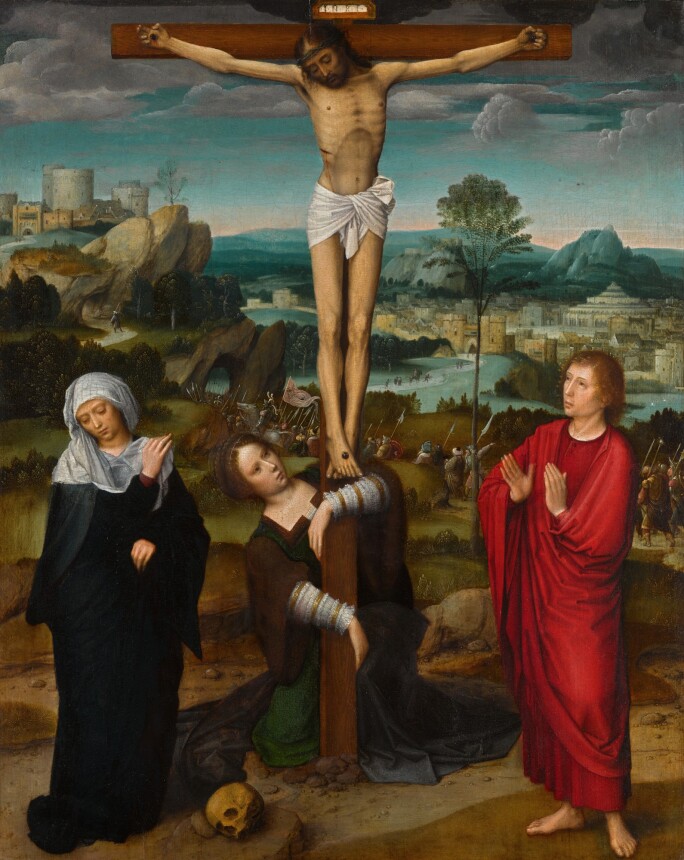 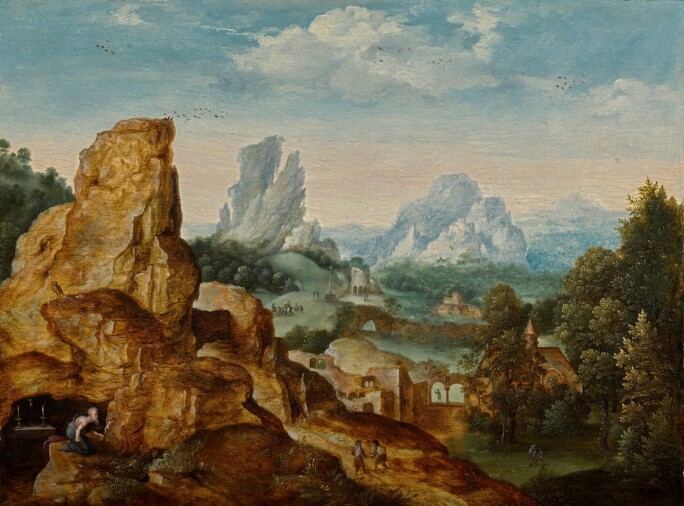 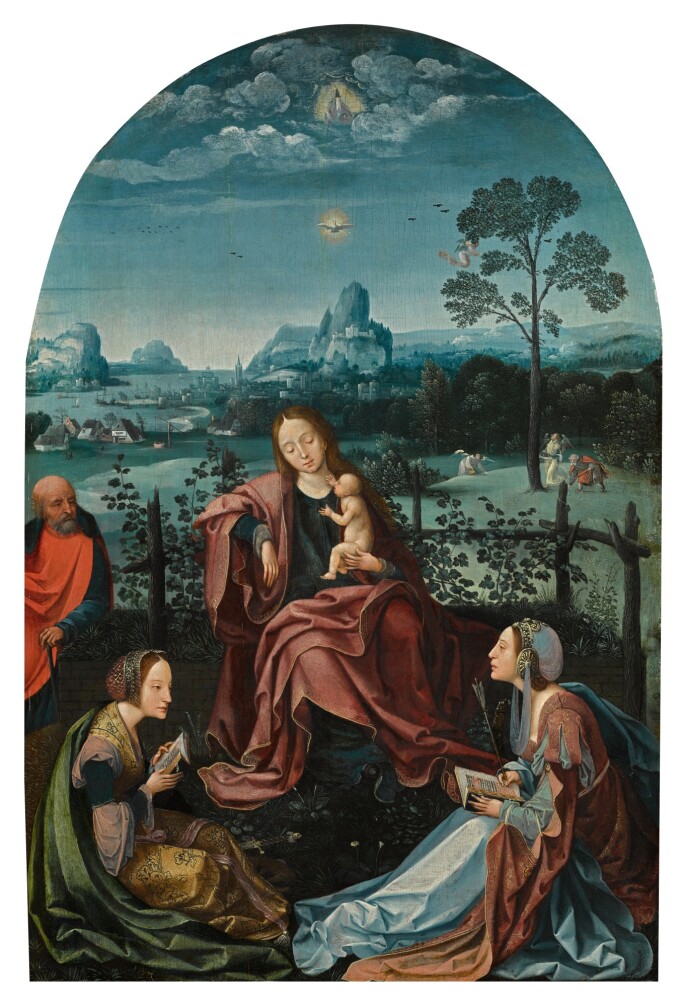 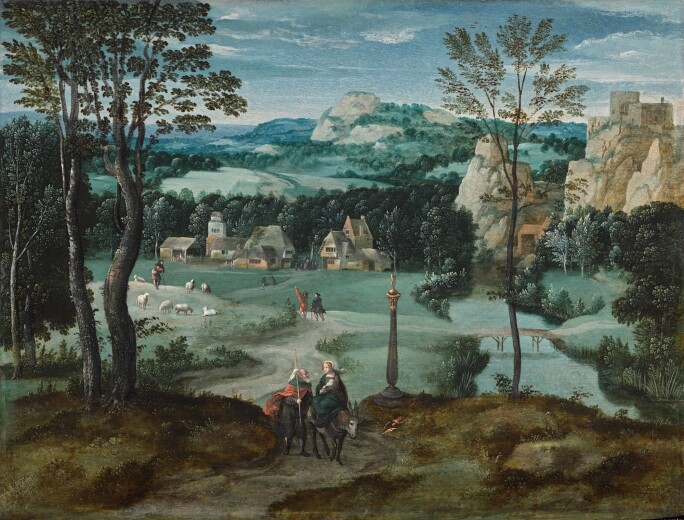 At the same time, the great rises in international trade and domestic wealth in the Low Countries in the 15th century led directly to an enormous increase in the demand for art. Patronage changed from the privileged ducal custom of the Dukes of Burgundy to mass-market sales in the principal centres of commerce in the Netherlands in the 15th and 16th centuries – Bruges and Antwerp – and beyond to export markets such as Spain and Italy. One of the most fascinating aspects of the artistic response to this was the emergence of landscape painting as an independent genre. The present collection is rich indeed in this respect, including two very early examples, the Saint Jerome in the wilderness by a follower of Joachim Patinir (1480–1524), the founder of this new ‘World Landscape’ tradition, and an exquisite little Landscape with Saint Jerome by his important co-pioneer Herri Met de Bles (c. 1510–after 1550), with the fantastical rock formations and cool distant vistas in blues and greens that would become characteristics of the new style. From the same generation comes another remarkably imaginative landscape, a panel depicting Saint Christopher carrying the Christ Child by the Pseudo Jan Wellens de Cock, whose cast of diableries and fantastical detail reminds us of the international fame and influence of the celebrated works of Hieronymus Bosch (c. 1450–1516) from Brabant. The emergence of this new and more flamboyant mannerist style in the 1520s with its exotic costumes and bright colours is exemplified by the Holy Family with Saints Catherine and Ursula by the Antwerp Master of 1518, where the elegantly dressed figures sit before a beautiful panoramic landscape.

By the second decade of the 16th century, Netherlandish painting had increasingly begun to come under the influence of Italian art, resulting in a new manner inspired by Italianate forms. A beautiful Crucifixion by Adriaen Isenbrandt (c. 1485–1551), Gerard David’s principal contemporary and follower in Bruges, marks this last stage of early Netherlandish painting. The last great workshop of Bruges, whose economic importance as a city had already begun to wane, Isenbrandt worked in a prolific style which reflected these new influences; here before a beautiful landscape worthy of Patinir, the figures retain the simple grace and elegance of David, while the delicate sfumato modelling of their features reflects the introduction of new ideas from Renaissance Italy. By this date a remarkable century of painting was almost at a close, but its legacy was still to be felt in the form of the incomparable genius that was Pieter Bruegel the Elder (c. 1525–1569). 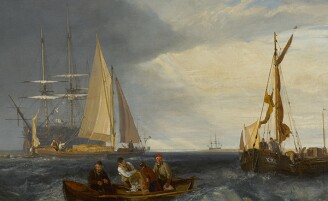