The sale is structured as follows:

T he sale opens with forty-five lots of music, including music manuscripts by Mendelssohn, Brahms, Gounod, Wagner and Massenet. The Mendelssohn is a hitherto unrecorded autograph manuscript of the song 'Im Frühling' (1842), which diverges considerably from the known version, including completely different words for the second verse.

There are two important series of letters by Clara Schumann and by Brahms, both addressed to the conductor and music scholar Ernst Rudorff and including all Rudorff's replies. Brahms's letters include a manuscript of his realization of a passage by Mozart, which Rudorff had asked him about. There are over 200 unpublished letters by Clara Schumann, where she reports early private performances of Brahms's works and discusses her own career as one of the greatest pianists of the 19th century.

Wagner has written an important prose draft for Wieland der Schmied (1850), his first opera designed to enshrine his epoch-making “Music of the Future”, and the prototype for the prose dramas he wrote for Der Ring des Nibelungen. This is a beautiful document, written by the composer in 1850, when he also changed his handwriting from the old-fashioned gothic script, into the elegant and legible style of his maturity.

There are unpublished letters and notes by Beethoven, Chopin and Mendelssohn: Beethoven announces the composition of the “Archduke” piano trio op.97 and his last violin sonata op.96, whilst Chopin arranges a concert with his favourite pupil the young prodigy Carl Filtsch in Paris in 1843. Of the greatest interest are five autograph letters written by Béla Bartók to another composer Frederick Delius, about the influence of folk music on his compositions and a letter by Tchaikovsky to his conductor, discussing the unsatisfactory singers lined up to perform his opera Mazepa in 1883.

The highlight of the sale is a first edition of Isaac Newton’s most important treatise, Philosophiae naturalis principia mathematica (London, 1687). This copy has the three-line imprint, indicating that it was intended for sale on the Continent rather than for the English market. Another fascinating scientific item is the autograph letter by Einstein on representing curved space-time in his Unified Field Theory (c. 1950).

Among the early printing is a fine copy of Pfintzing’s Theuerdanck, with wide margins in a contemporary binding, an Aldine Iamblichus from 1497 and an early Wynkyn de Worde edition of the Chronicles of England from Spetchley Park. There is a rare set of Florentine colour prints of self-portraits of artists, as well as Zervos’s magisterial edition of Picasso’s catalogue raisonnée, two copies of Matisse’s Cinquante desseins and Dali’s monumental illustrated edition of Dante’s Divine Comedy. 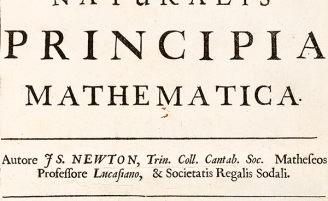