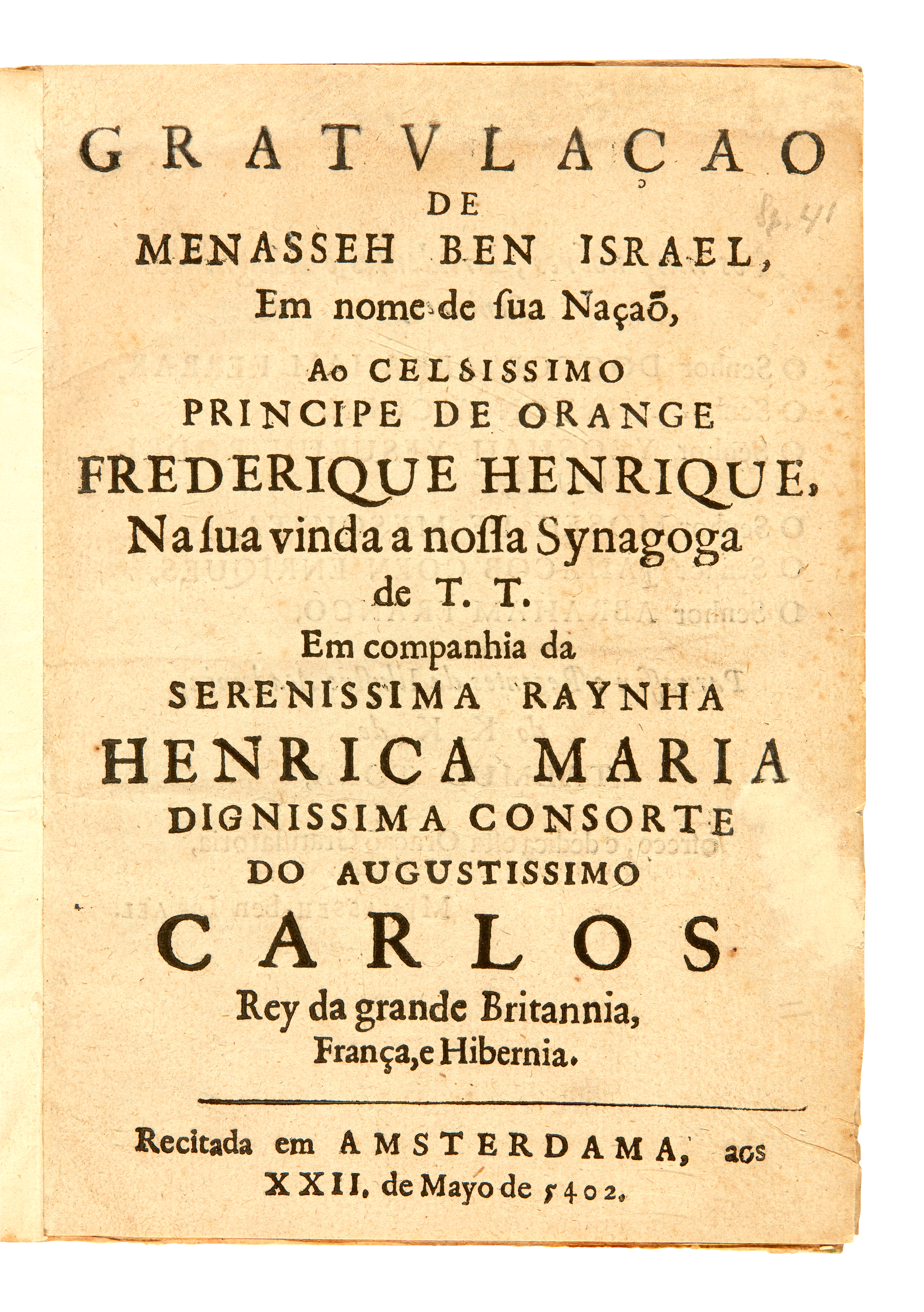 Menasseh ben Israel's welcome address to Henrietta Maria, queen of England, her daughter Mary and Mary's future husband William (II) of Orange, in the company of William's father Frederick Henry, took place in the Talmud Torah in Amsterdam on 22 May 5402 (1642). Henrietta Maria wished to view the synagogue because, officially, there were no Jews in England at this time following their expulsion in 1290, though it is generally considered that she was seeking financial help from the Sephardic community at the onset of the English Civil War (which she obtained, though with guarantees from the Prince of Orange). During this visit to the Netherlands she was also selling and pawning royal jewels and regalia to raise funds for King Charles.

Menasseh was one of the rabbis of the synagogue which had been formed from three separate congregations in 1639, since when Menasseh had not been able to attend to his printing business, with few exceptions (including the present work). His speech expressed the gratitude of the congregation to the Prince of Orange for his acceptance of them in his territory, following their exile from Spanish domains (this, of course, was following the wars over the Spanish Netherlands during which the Prince of Orange's father had been assassinated by the Spanish).

This speech was also translated into Dutch (printed by Roelof Joosten) and Latin for publication. For another work printed by Menasseh ben Israel, see lot 117.

Mozes Heiman Gans, bookplate. Gans was a historian of Dutch Jewry and the title-page of this work is illustrated in his Memorboek: Platenatlas van het leven der Joden in Nederland van de middeleeuwen tot 1940 (1971).