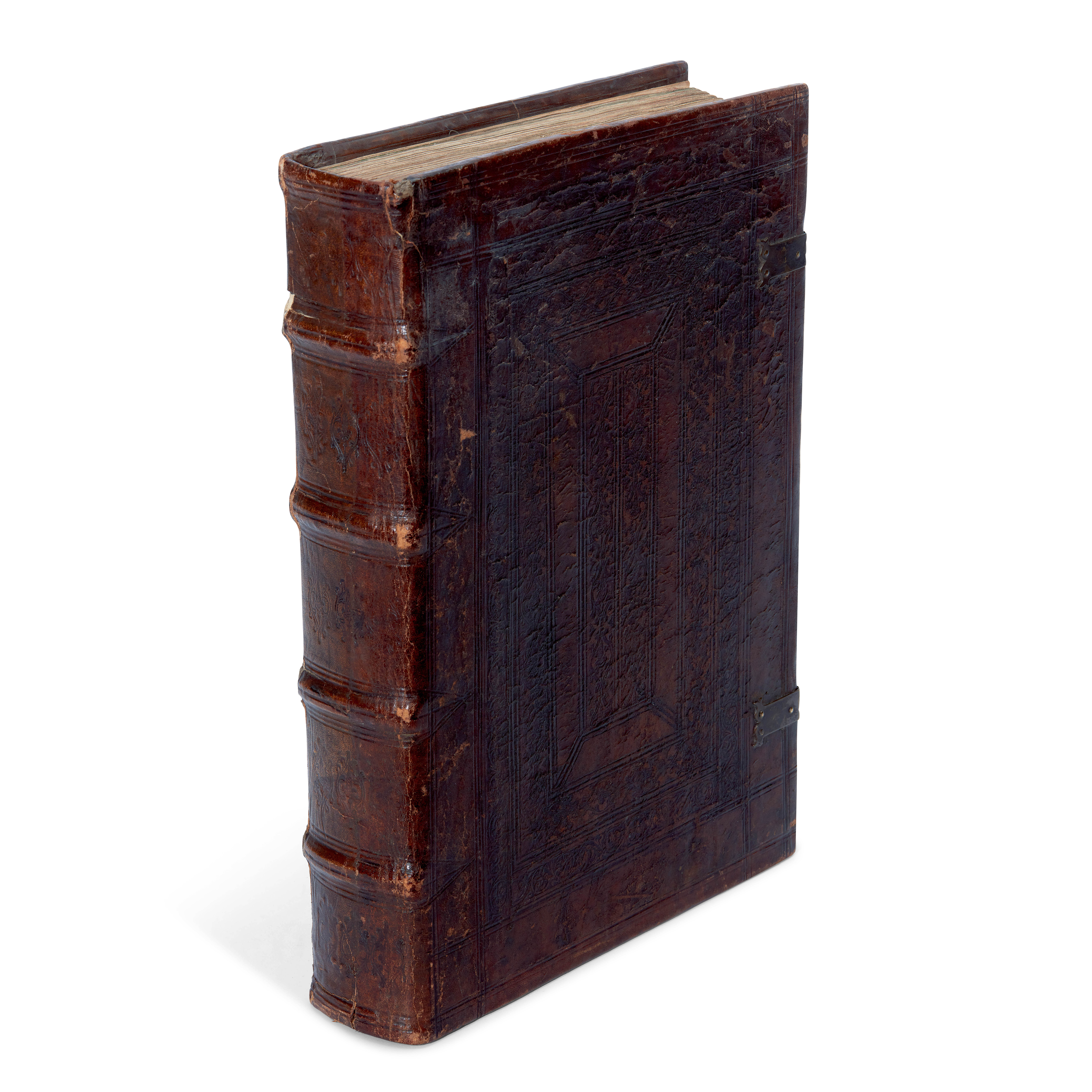 From a Private European Collection

FIRST EDITION. A TALL COPY OF THIS FINELY-PRODUCED WORK WITH ELEGANT TYPE AND ILLUSTRATIONS. This is one of the three works commissioned from the leading artists and scholars of the time by the Emperor Maximilian to glorify himself and his reign, and the only one which appeared during his lifetime, though copies were not distributed until after his death. This artistic legacy has ensured continuing scholarly and popular interest in Maximilian as a typical Renaissance prince. The story tells of the Theuerdank's trials on his journey to his claim his bride, representing Maximilian's marriage to Mary of Burgundy, by which the Habsburgs came into possession of the rich lands of Burgundy.

This first edition was issued in probably 300 paper copies and around 40 copies on vellum for distribution by the Emperor, and not all of these contained the clavis or key to the illustrations (quire [2]A8, present in this copy). The typeface is an elegant and calligraphic gothic with numerous marginal flourishes, designed (plausibly by Maximilian's scribe Vincenz Röckner) for this publication and also used for Maximilian's Gebetbuch. The fine woodcut illustrations were designed by Leonhard Beck, Hans Schäufelein and Hans Burgkmair, and were carved by Jost de Negker and his workshop. The blocks had a long history, being used for subsequent editions of the Theuerdank as well as other works published by Heinrich Stainer and Christian Egenolff.

early inscription and library stamp on title-page (washed and illegible); library shelf label in German on inside front cover