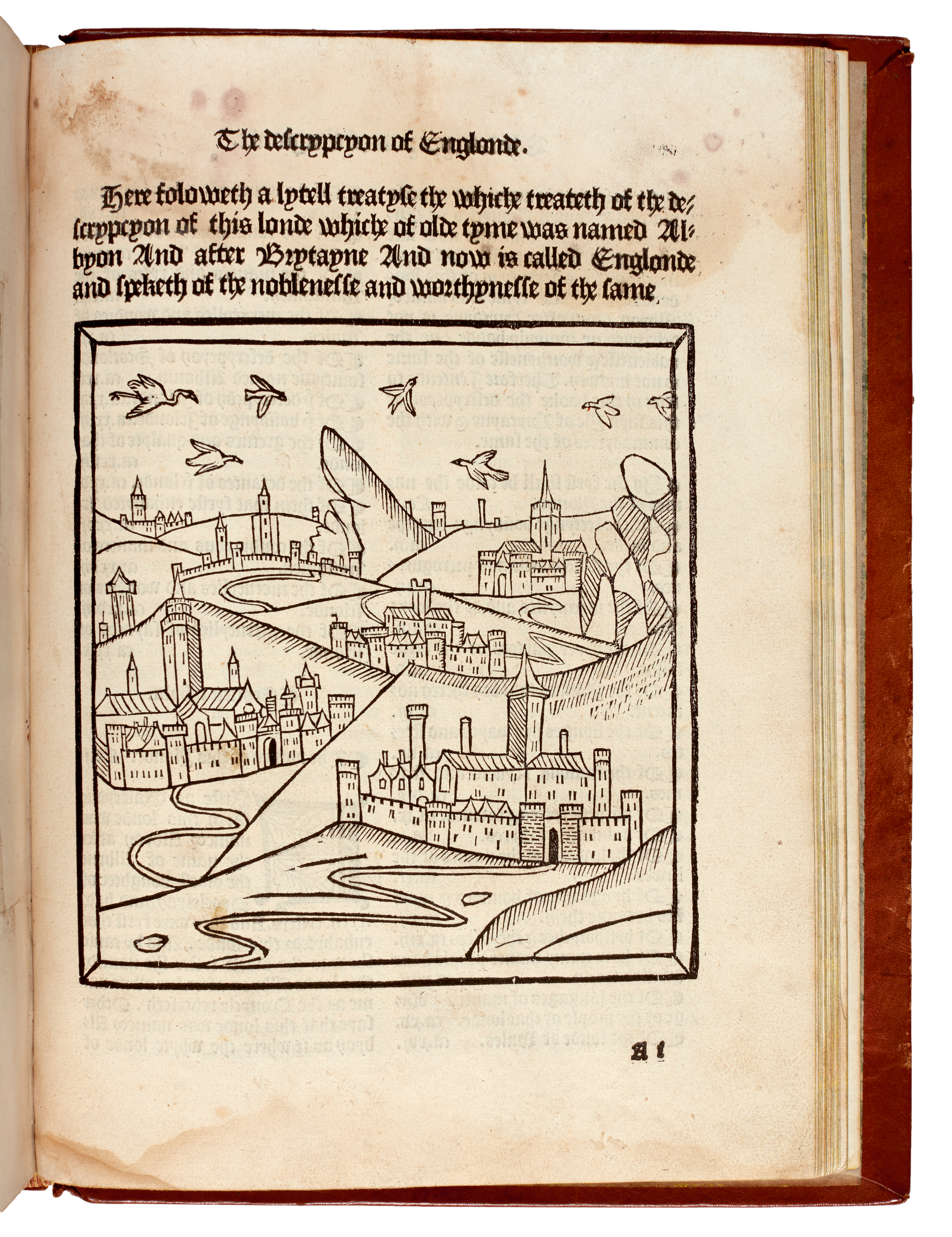 Property from the Library at Spetchley Park

A VERY RARE COMPLETE COPY OF ONE OF THE EARLIEST ENGLISH CHRONICLES TO APPEAR IN PRINT.

Caxton printed his Chronicles of England in 1480 and again in 1482, the text of which was subsequently revised and "compiled in a booke and also enprynted by one somtyme scole mayster of Saynt Albons" (as stated by Wynkyn de Worde in the colophon here) in about 1486. This is the second edition of this "Saint Albans" version of the text, including similar woodcut diagrams, and, like Caxton's edition, it is a continuation of the historical narrative known as the Brut (after the hero Brutus, supposed descendent of Aeneas and the epic founder of Britain), the collective term for the series of medieval chronicles originally written in Anglo-Norman and subsequently translated into Latin and English, here brought up to modern times by Caxton. It also contains the story of Vortigern, Uther Pendragon and Arthur between the Romans and the Saxon kings.

The description of England was extracted by Caxton (for his 1480 Chronicles) from Ranulf Higden's compilation, the Polychronicon, in the translation by John Trevisa, the vicar of Berkeley and chaplain to Thomas Lord Berkeley, one of whose descendants owned this copy (see provenance).