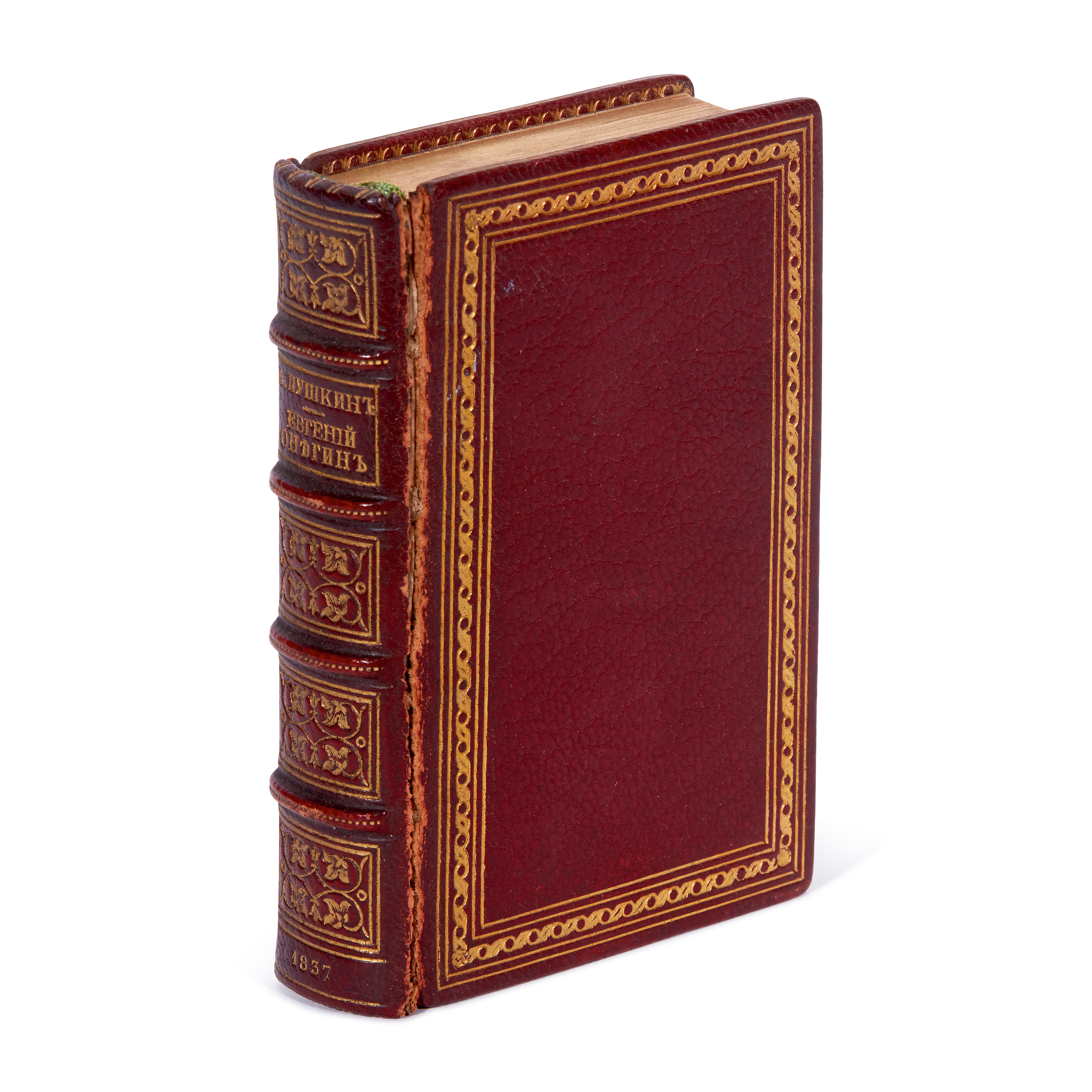 A CHARMING MINIATURE EDITION of Eugene Onegin, edited by Pushkin for the St Petersburg bookseller Glazunov and published just ten days before Pushkin's death at the age of 37. The novel first appeared in parts from 1825 to 1832, then the first book edition was published in 1833. This third edition was apparently produced in a print run of 5,000 copies and quickly sold out.