S otheby's proudly presents Indian, Himalayan & Southeast Asian Works of Art, a live auction taking place in New York on 22 September at 12:00 PM EDT. The small, but gemlike collection of works features superlative examples of Himalayan sculpture, led by A Gilt Copper Figure of Avalokiteshvara from 9/10th-century Nepal, along with superb Southeast Asian & Indian sculptures. Rounding off the auction are fine Indian miniature paintings, including Property from the Collection of H. Peter Stern. 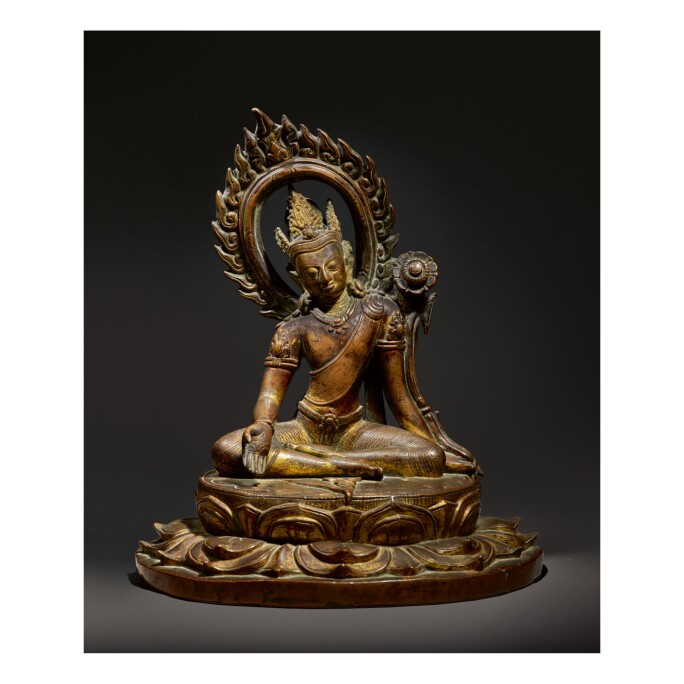 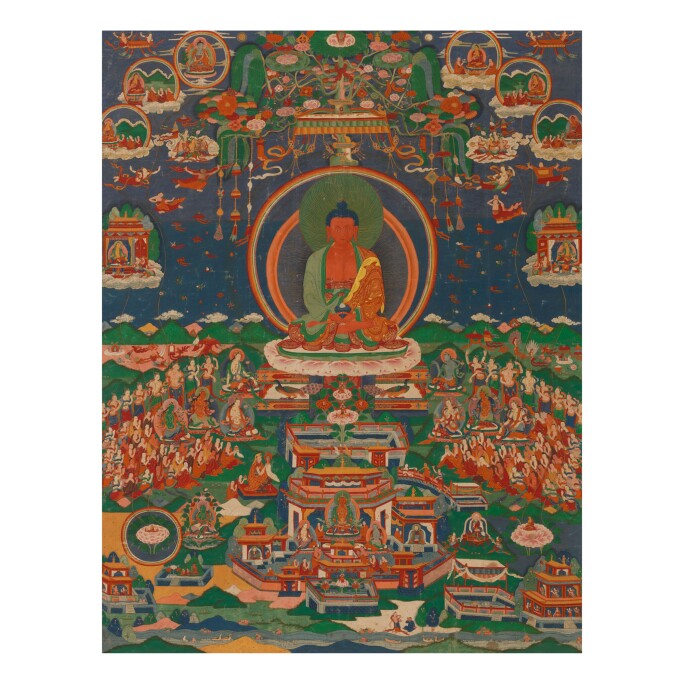 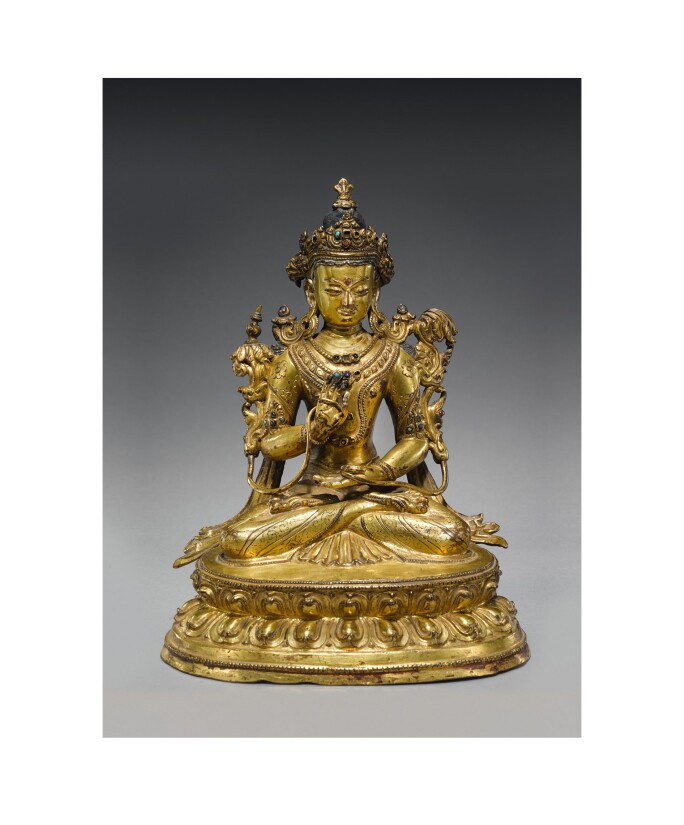 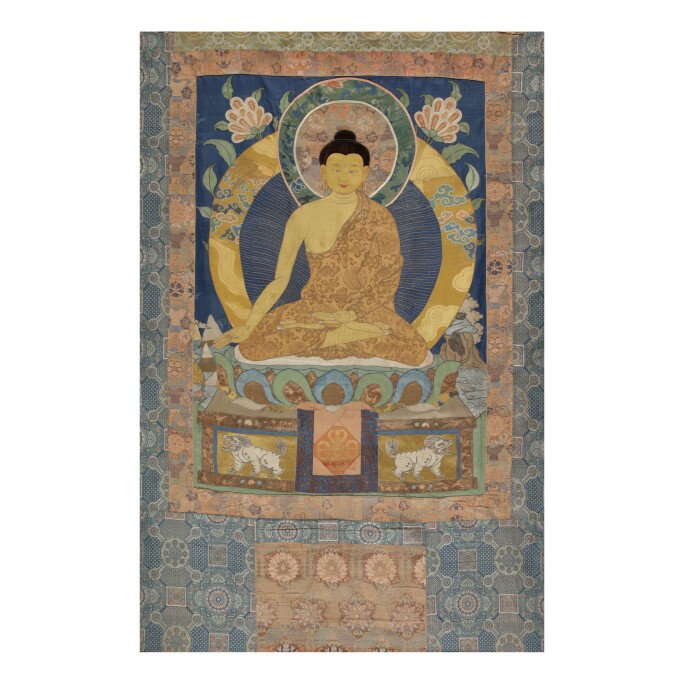 Avalokiteshvara and The Divine Fusion of Style 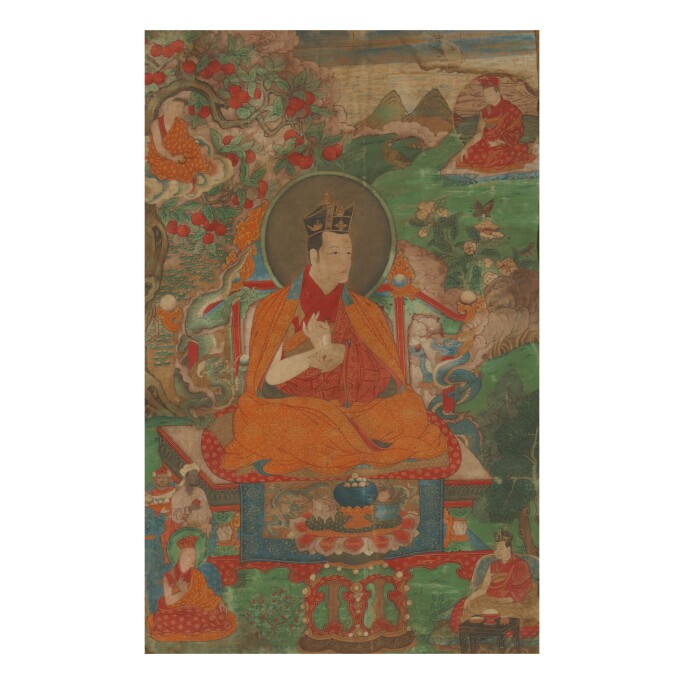 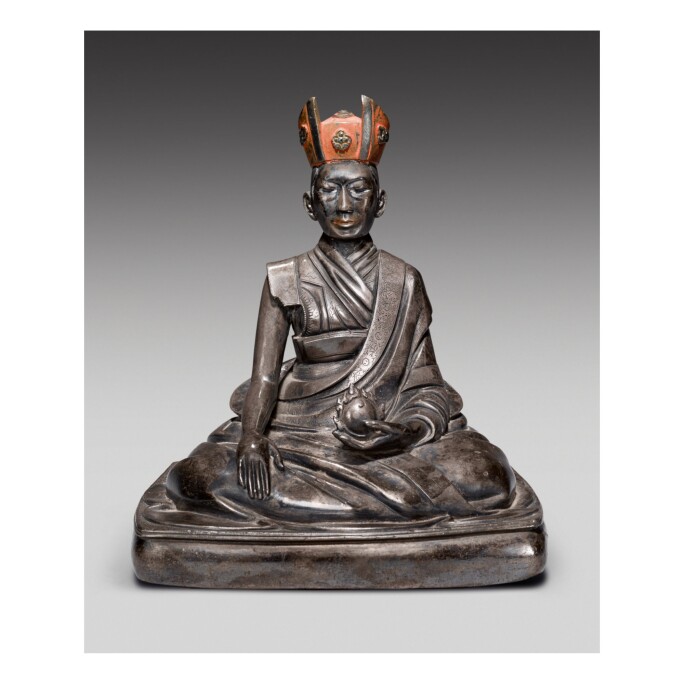 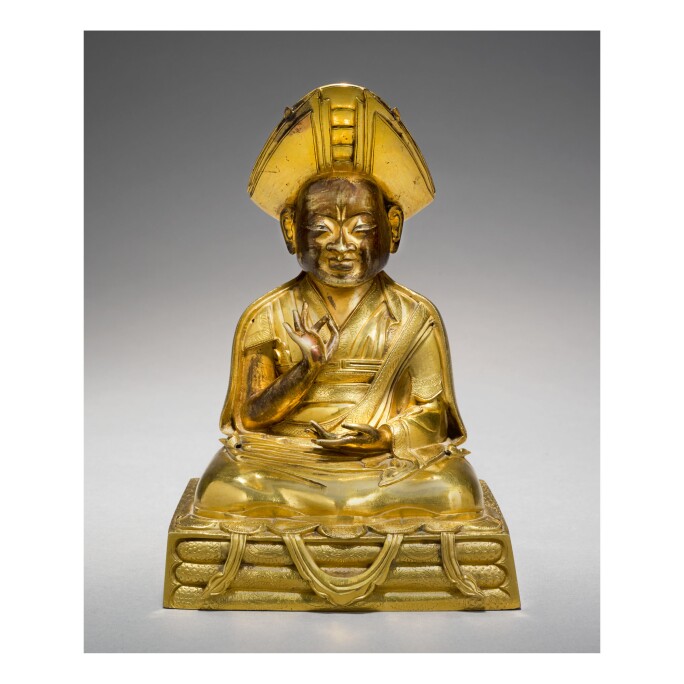 A GREY SANDSTONE FIGURE OF SHIVA
This finely carved sculpture of Shiva exudes authority. The deity is shown standing in a frontal posture, his broad shoulders tapering down to a narrow waist hugged by a sampot, worn high and typical of the Baphuon style. Crisp lines flow seamlessly between fabric, hair and skin, unifying the different elements and presenting the viewer and worshiper with an object of devotion that is restrained, refined, dignified and powerful.
LOT 344

A COPPER ALLOY FIGURE OF SHIVA VINADHARA
Here, Shiva is portrayed in his manifestation as The Lord of Music entrancing the viewer with the divine music of his vina and swaying in graceful movement as he plays. The tall jatamukuta crowning Shiva’s head tilts slightly, as if the Lord was tipping his head back to the rhythm; his entire body is attuned to the tempo of the music.
LOT 355

This rare and remarkable Eighteenth century painting from Bengal effortlessly fuses vignettes depicting quotidian and stately pastimes in a scene that pictures a stately procession winding its way across a landscape. This extremely fine and rare panting is one of only four known works of this caliber. 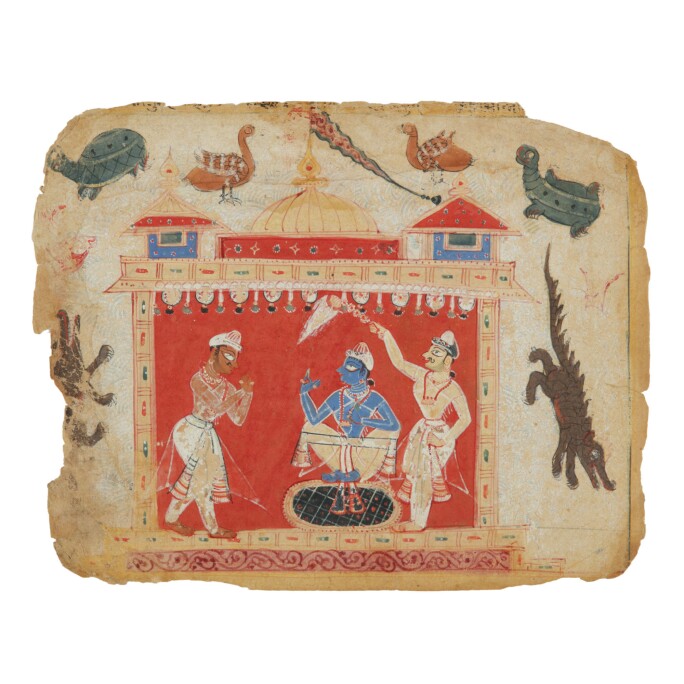 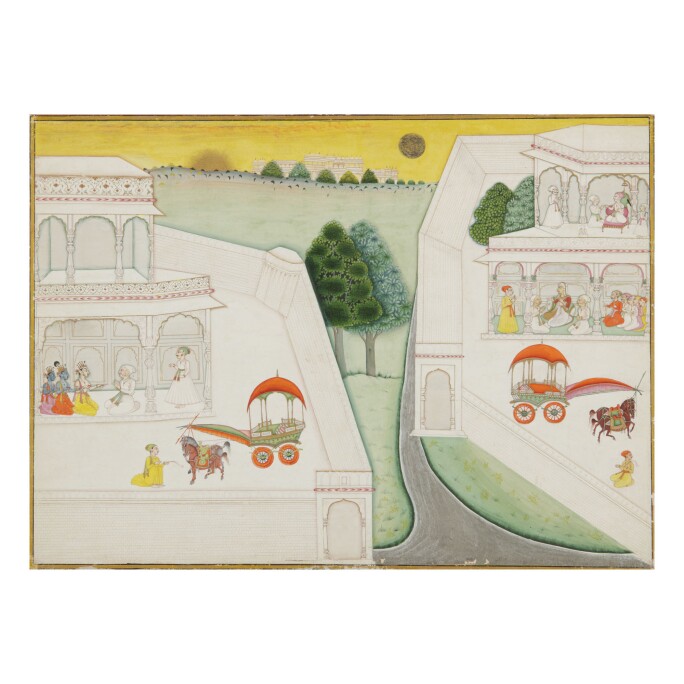 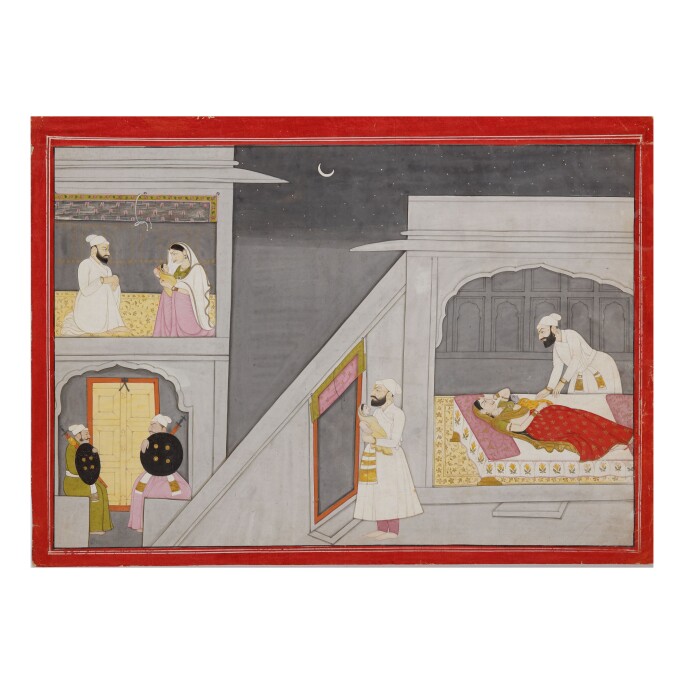 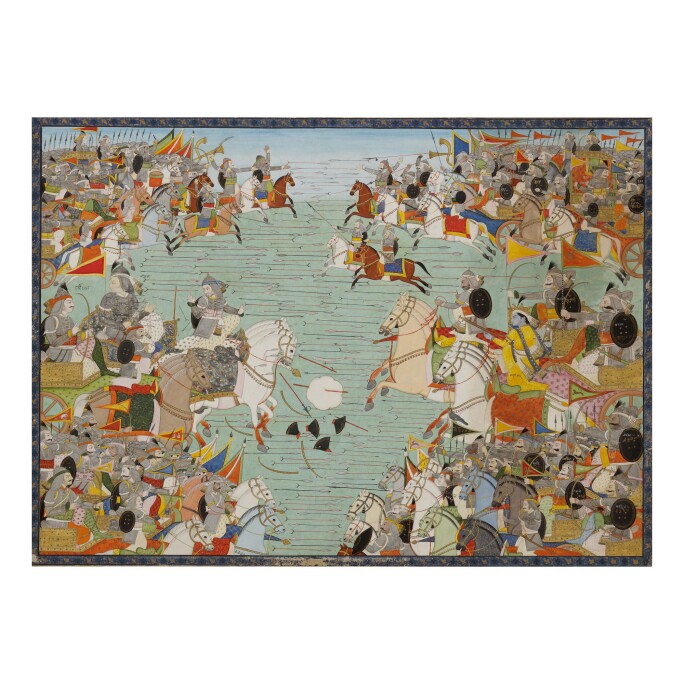 Exhibition On View in New York

Following the guidelines for the Phase Four reopening of Manhattan, we are able to accommodate clients in our building by appointment only. To schedule an appointment to view the Asia Week Exhibitions please use the form below or contact appointmentsNY@sothebys.com or +1 212 606 7171. You can read more about our safety requirements here. 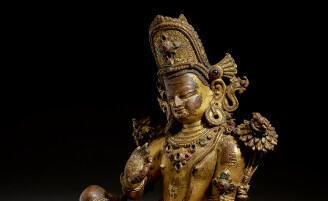