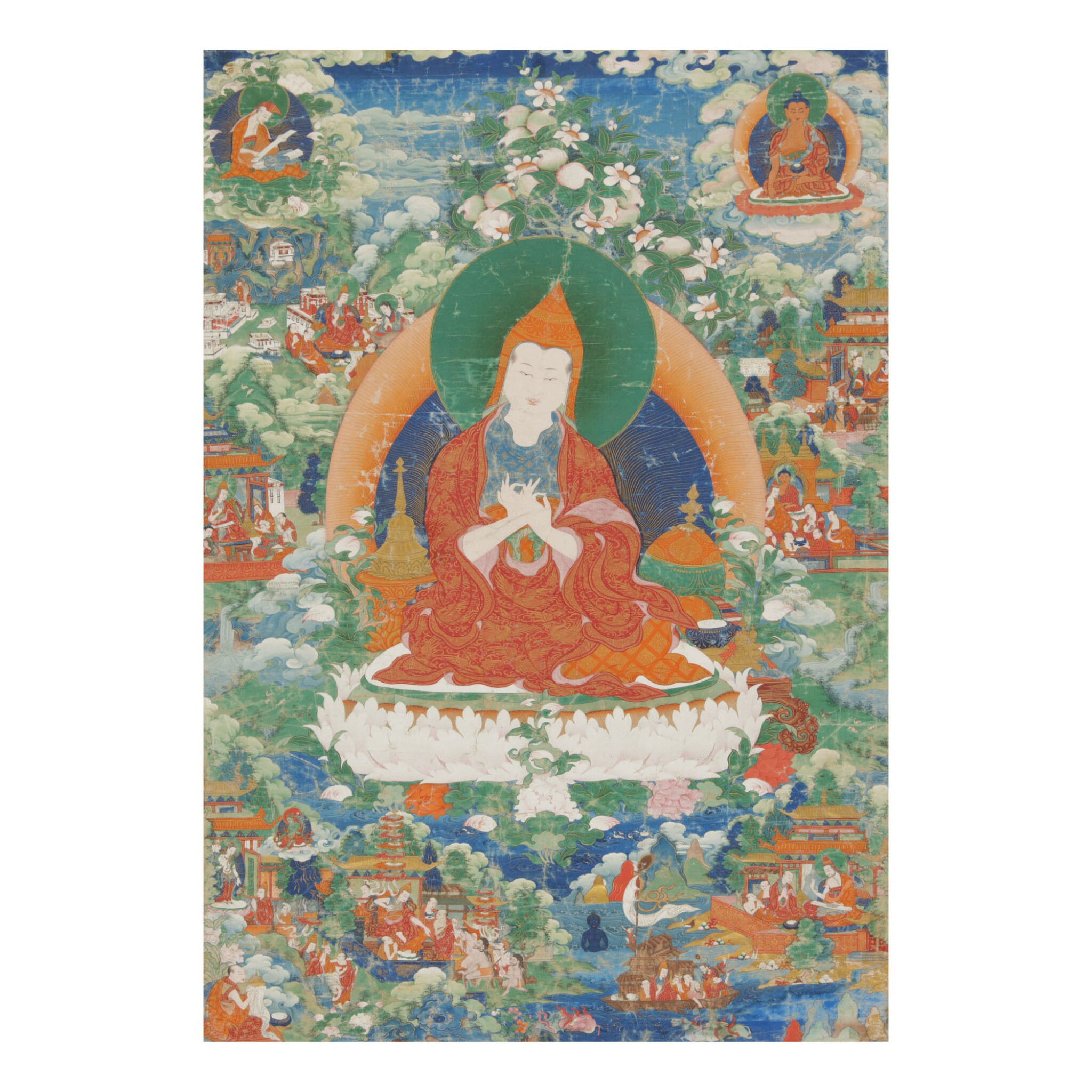 Atisha seated cross-legged with hands in dharmachakra mudra, wearing the distinctive hat with hanging lappets common to Indian panditas and loose, flowing robes embellished with Chinese style phoenixes, seated atop an ornate lotus throne, flanked by his identifying implements of the pitaka surrounded by manuscripts, alms bowl, chilug, and kadampa stupa, scenes from the life of the saint frame the figure, set in a green and blue landscape with foliage, flowers and animals

The present painting and the previous thangka come from the Lamrim (Stages of the Path) Gelug Tradition Lineage set of paintings composed in the last half of the 18th century or the first half of the 19th century. Jeff Watt identifies sixteen paintings coming from the same set, of which the number of paintings in the entire set is still unknown. Two from this set are in the collection of the Rubin Museum of Art.

Atisha (982-1055?), the great accomplished Indian Buddhist saint and scholar sits at center. Renowned for his contribution to Buddhist philosophical scholarship, Atisha's most influential text was the Lamp for the Path to Enlightenment. In it, he outlines the entire Buddhist path, laying out the three main progressive stages to attaining enlightenment. This seminal text laid the foundation for later Lamrin texts, all of which influenced the spiritual practices in Tibetan Buddhism.