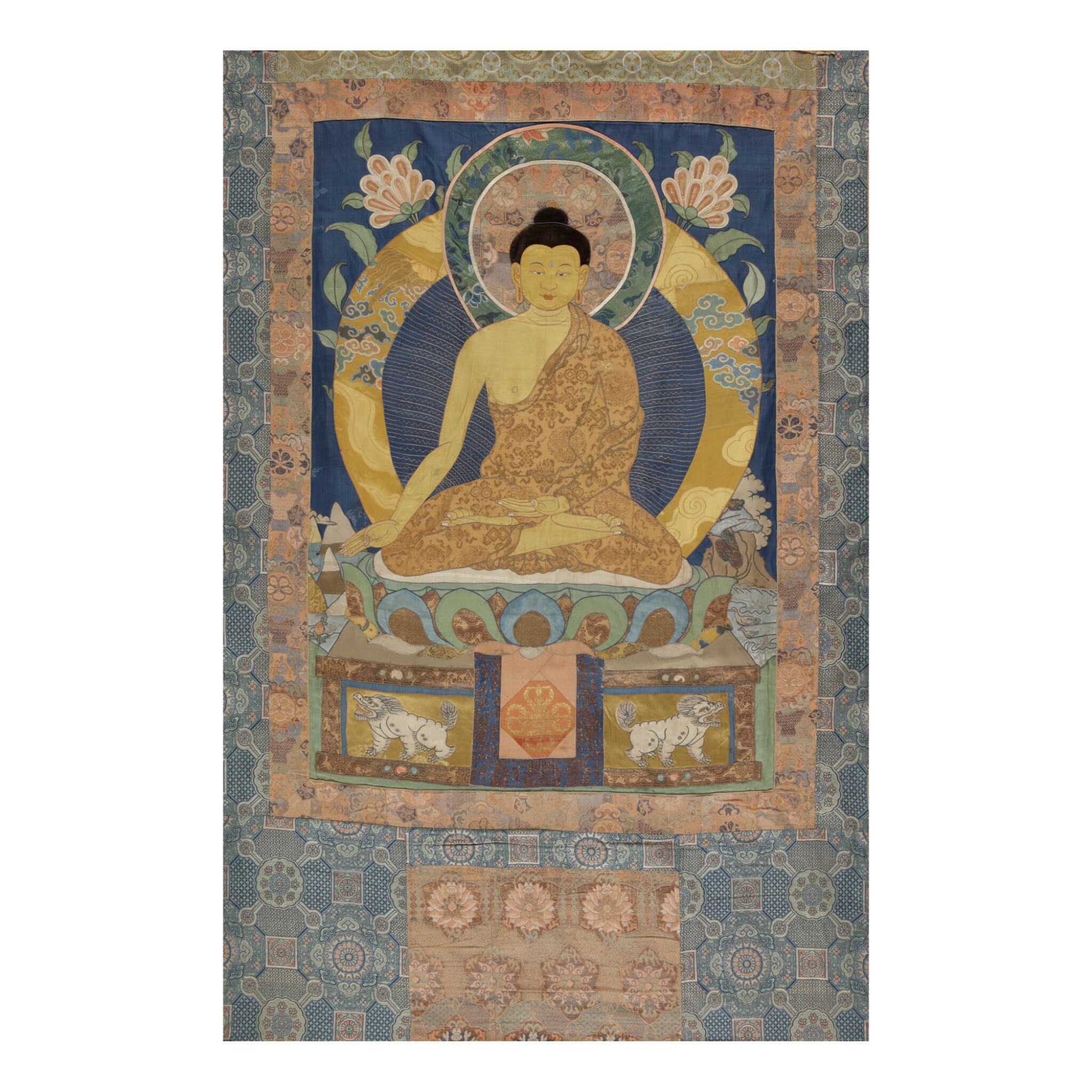 the Buddha in gold seated in dhyanasana, his face showing a benign expression with eyes tilted down in meditation, an urna at the center of the forehead, wearing a brocaded sanghati decorated with auspicious symbols, the long fingers of the right hand extend in the characteristic gesture of generosity, seated atop a blue petal lotus throne supported with lions and draped with a throne cloth depicting a vishvavajra, surrounded by an aureole of blue and gold and floral halo, all set in a blue landscape decorated with large blossoms, mountain peaks and ducks in a pond

The making of appliqué images called gos sku or "fabric images" consisted of using various pieces of cut silk embroidery sewn together to create an image rendered in the style and format of a thangka painting. By using a sampling of fabrics "resembling collage", appliqué images reveal a highly stylized and more abstracted form than that of a traditional thangka painting. (P. Pal, Himalayas: An Aesthetic Adventure, Chicago, 2003, p 252.)

Here, the Buddha of enrichment and equanimity, Ratnasambhava glows from the gold silk sheen of the fabric. He wears a sanghati made from damask with gold patterns, highlighting the contrast between the smoothness of his skin and the texture of his robes. The sapphire blue of the background accents the golds, while the red earthen clay and sage colors of the decorative details and borders soften the overall palette of the appliqué.

A like example representing the Buddha Shakyamuni in the collection of Navin Kumar, shows strong resemblance to the present work — in the color palette, textiles and format — and may have come from the same set, see P. Pal, 2003, pl. 166. The Five Tatagathas were typically portrayed in sets which often included the Buddha Shakyamuni.