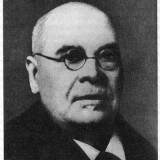 Johan Viktor Lindström was born in Tampere, Finland, in 1863. Though his family do not know the reason why, he changed his name to Johan Viktor Aarne just before his wedding with Hilda Emilia Kosonen in 1886. He had ten children with Hilda, though three of them died in infancy. The two boys were to follow in their father’s footsteps and enter the world of luxury craftsmanship. Conscious of the importance of education, he forbade his five daughters from marrying until they had acquired employment.

Aarne began his training at evening school, which he attended for five years before becoming apprentice to the master goldsmith Johan Erik Hellsten. Having completed his apprenticeship, he moved south to Hämeenlinna, where he qualified as a journeyman whilst working with the master silversmith Gustav Adolf Weckman. Weckman’s specialty was silver coffee and tea services, though he also created small pieces of jewellery - this was an especially formative experience for Aarne. In 1880, the seventeen-year-old journeyman relocated to St Petersburg and entered the workshop of August Holmström as a journeyman and later Michael Perkhin as a ‘goldworker’. In 1890, however, Aarne returned to Tampere, where he sat his master’s exam. The relative scarcity of commissions in Tampere, compared to the metropolis that is St Petersburg, drew Aarne back to Russia once more. He established his own workshop at 58 Demidov Pereulok, St Petersburg, and then moved his workshop to 42 Ekaterininsky Kanal. Aarne reignited his relationship with the House of Fabergé, whose attention at the time was largely on luxurious table frames.

Typically, these frames made use of gold or silver gilt, guilloché enamel and Louis XVI style ornamentation such as garlands, wreaths and festoons. However, Fabergé challenged Aarne to break with this style and instead produce works that were more Art Nouveau. From this, Aarne developed his own type of Stil Modern, a blend of Art Nouveau and Jugend Stil elements; due to the similarities between Aarne’s style and that of the renowned French jeweller René Lalique, he eventually became known to his colleagues as ‘Our Lalique’ (U. Tillander-Godenhielm, Fabergé: his masters and artisans, Unicorn, 2018, p. 198). The works created by Aarne in this style tended to be silver-mounted glass or ceramic vases and bowls. Often, these would be made by great retailers such as Tiffany & Co. and passed on to Aarne to add the silver mounts. They were particularly popular with Nicholas II and his wife Alexandra Feodorovna, who decorated the Mauve Room in the Alexander Palace at Tsarkoye Selo with such items.

In 1904, prompted by the surging political unrest sweeping through Russia, Aarne packed up and sold his workshop to Hjalmar Armfelt. He set up a new salesroom and workshop in the Finnish city of Vyborg, where he earned the reputation of leading goldsmith in the city. Here, he sold both his own work and that of his contacts from St Petersburg. He retained the workshop and his reputation right up to his death in 1934. 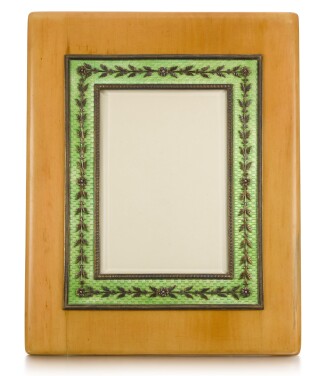 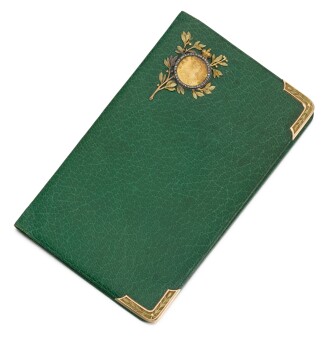 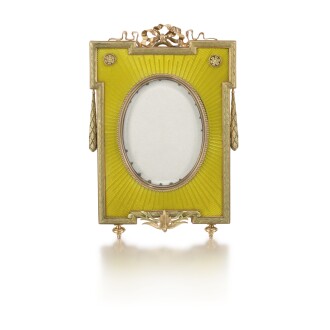 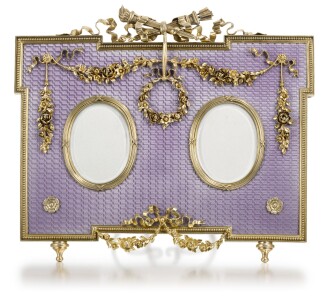 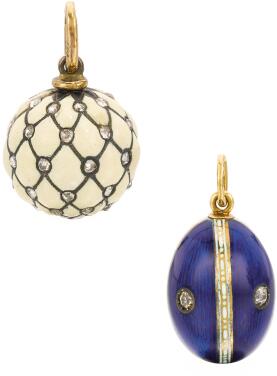 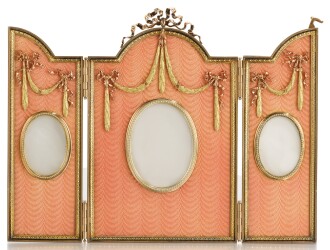 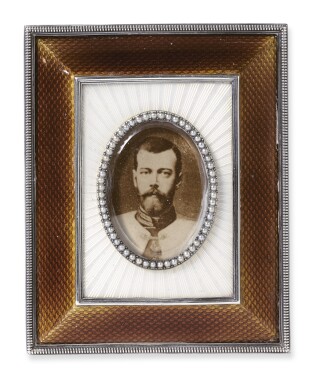 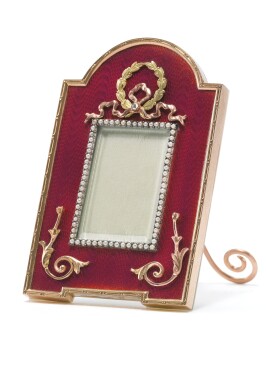 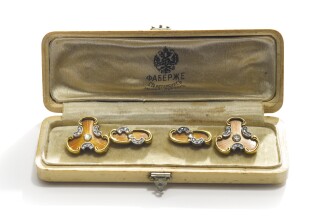 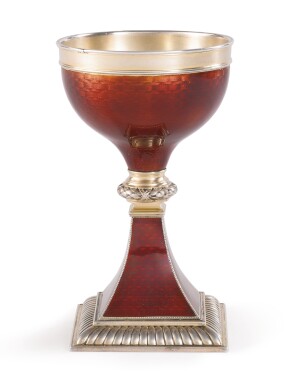 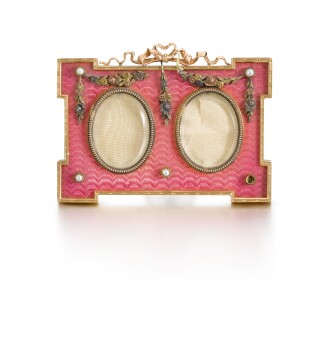 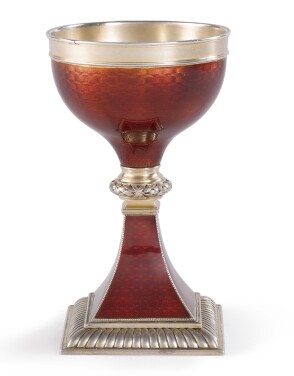 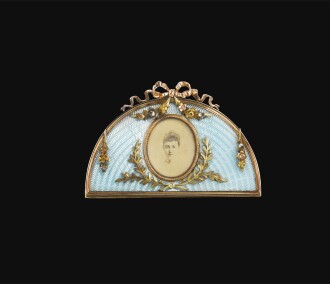 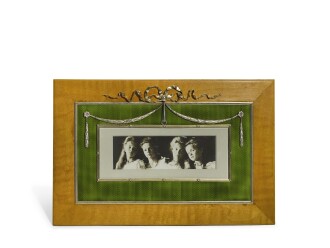 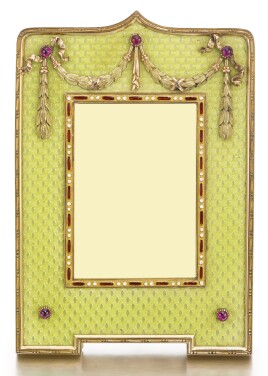 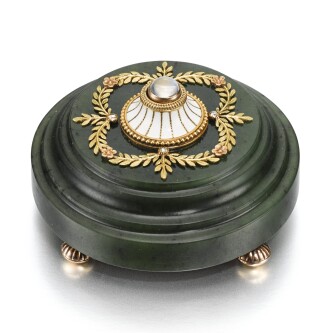 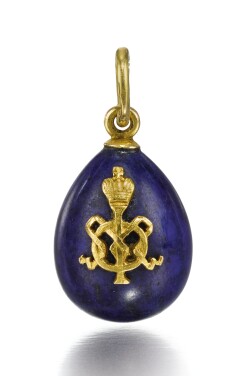 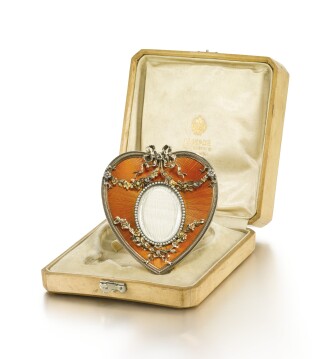 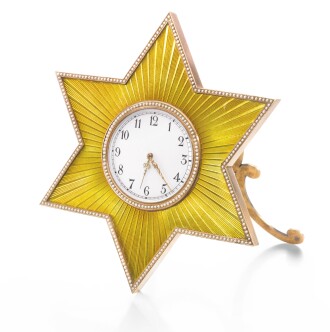 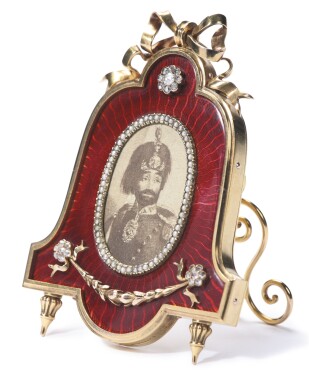 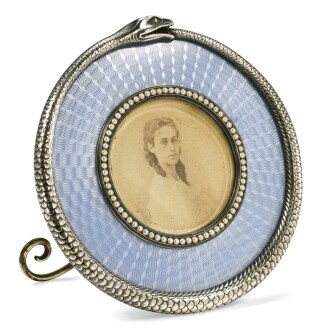 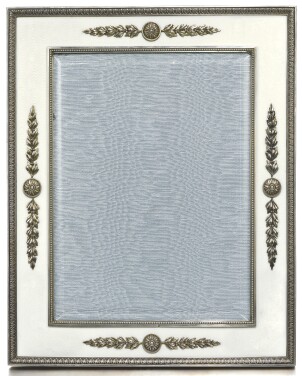 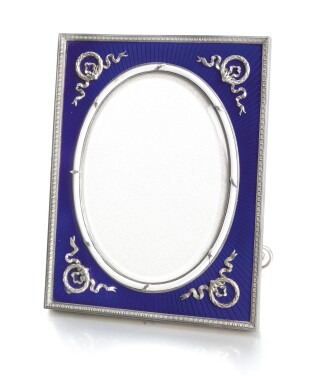 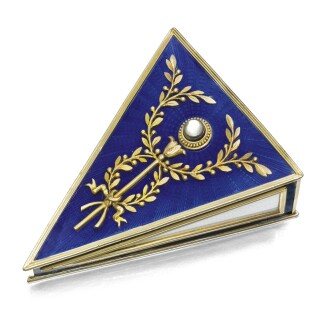 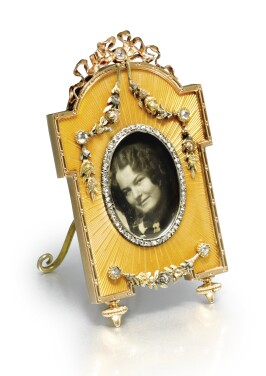