T his September, Sotheby’s is delighted to celebrate one of the most extraordinary art world collaborations of our times: that of Damien Hirst and his unstoppable business manager, mentor and ‘partner in crime’, Frank Dunphy. Yellow Ball: The Frank and Lorna Dunphy Collection - a two-part sale and exhibition of over 200 artworks that charts the iconoclastic 1990s art scene of which Frank and Lorna Dunphy were at the very heart.

The core of the collection is a number of works by Damien Hirst - most made especially for the Dunphys, given as tokens of affection or in jest - which together chronicle the work and the play behind their adventures together and include a standout Spin Painting made on the same day as David Bowie’s, a mesmerising Kaleidoscope painting and an important early Spot Painting. Punctuating the sale are numerous pieces by the YBAs that speak to the spirit of the time, such as those by Tracey Emin, Angus Fairhurst and Rachel Whiteread.

Reflecting the Dunphy’s immersion in the art world as a wider whole, the sale is led by a magnificent white tagli by Lucio Fontana and a vibrant Dollar Sign by Andy Warhol, which was formerly in the collection of David Whitney.

The online sale is characterised by iconic prints and drawings by Hirst that perfectly summate Damien and Frank’s legendary relationship. Peppered throughout the sale are numerous pieces by the YBAs that are emblematic of 90s London, such as a Marlboro cigarette packet that has been made into a cat for Frank by Tracey Emin, a standout work on paper by Rachel Whiteread and a typically playful Gary Hume sculpture. 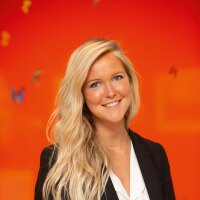 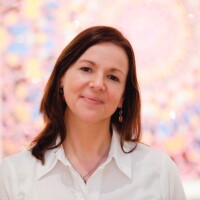