By Sotheby's
Of the 321 images Rockwell created for the cover of The Saturday Evening Post over the course of nearly 50 years, many featured Christmas as their subject. Such is the case for Tired Salesgirl on Christmas Eve , a charming highlight of Sotheby’s American Art auction (16 November | New York).

A fter witnessing their son Norman draw the character Scrooge from Charles Dickens’s A Christmas Carol, Mr. and Mrs. Rockwell allowed him to attend art school for the first time. Norman Rockwell would become one of the most sought-after illustrators of the mid-twentieth century, as well as one of the most iconic American artists of all time. When he began creating commissions for The Saturday Evening Post in 1916, his work would reach millions of Americans, touched by the artist’s trademark wit and warmth.

The idea of a “Norman Rockwell Christmas” is one that has crystallized in American culture. American holidays, and Christmas in particular, played a central role in Rockwell’s career, which resulted in much of the imagery and iconography that remains central to the popular conception of the holiday today.

Rockwell’s frequent engagement with Christmas as subject matter was due in part to his important professional relationship with The Post. In 1899, the publication’s formidable editor, George Horace Lorimer, began to observe the major American holidays by commissioning artists to create special cover images in celebration of them. From this directive, motifs like J.C. Leyendecker’s New Year’s Eve babies and Rockwell’s jolly Santa Clauses were born. Rockwell also created Christmas-themed advertisements for numerous prominent American companies.

Rockwell consistently strove to imbue his paintings with a strong sense of authenticity, contributing to the idea that they were painted from life. Yet in reality the artist’s most complex compositions were thoroughly planned and staged productions. In 1937, encouraged by a younger generation of illustrators that included Steven Dohanos and John Falter, Rockwell similarly began to use photography to assist with compositional design. He typically began the creative process by sketching the scene as he imagined it. Only after painstakingly collecting the appropriate props, choosing his desired models and scouting the locations required to achieve his desired scene would photography sessions begin in his studio or elsewhere on site. Rockwell rarely took these photographs himself, however, preferring to be free to adjust each element while a hired photographer captured shots under his direction. 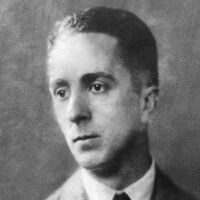 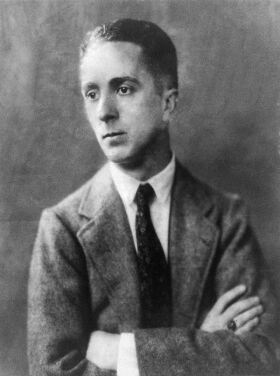 Rockwell painted this work for the December 27, 1947 cover of The Post. Here, the artist depicts a department store employee on Christmas Eve, rendered utterly exhausted by the relentless onslaught of customers seeking last-minute gifts. Slumped over against the wall, her shoes slipped off and forgotten among the few leftover toys and remnants of wrapping paper strewn about the floor, she has just finished what was clearly a long, strenuous and chaotic shift; the crooked sign behind the figure’s head tells customers that the store will close at 5:00 pm on Christmas Eve, and the watch she wears reads 5:05 pm. Demonstrating his undeniable gift for visual narration, Rockwell utilizes these details to capture an aspect of the holiday season that would become more common as the century progressed.

Rockwell traveled to Chicago to create Tired Sales Girl on Christmas Eve, selecting the Marshall Field department store as the setting for the scene. A legendary perfectionist, Rockwell auditioned numerous models and employed seemingly all of the dolls and toys the store had in stock in order to achieve his desired effect. Rockwell eventually found his protagonist in a 17-year-old waitress working in a nearby diner, who apparently had to be cajoled into posing for the famous artist.

"Norman Rockwell is generally credited with the invention of the modern American Christmas and the tender sentiments attached to it: kindly Santa Clauses who ponder each juvenile request; merry Dickensian travelers bound for home on cold winter nights; cozy hearths; windows aglow with warm light spilling out across the snow; fathers and grandfathers in red suits and beards; sprigs of holly and mistletoe; mysterious packages; tired salesclerks; and exhausted department-store Santas. Rockwell helped to create the outlines of a secular, commercial holiday suffused with the intense feelings of a religious ritual—but a ritual in which he largely declined to participate, except as a shrewd and not unsympathetic observer."

Though Rockwell illustrated many facets of Christmas, he consistently strove to associate it with warmth, friends and family. The best of Rockwell’s images remain just as relatable and poignant as they did when he created them, demonstrating why works such as Tired Sales Girl on Christmas Eve still retain their comedic power and emotional resonance.

Please note this lot is accompanied by a copy of the December 27, 1947 edition of The Saturday Evening Post, for which the present work served as the cover illustration.