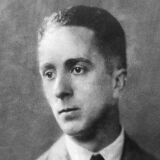 Works by Norman Rockwell at Sotheby's 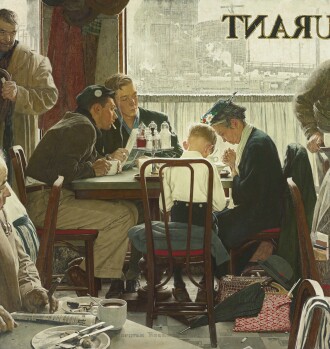 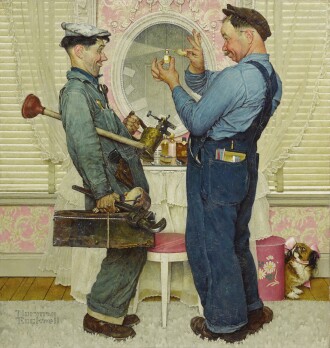 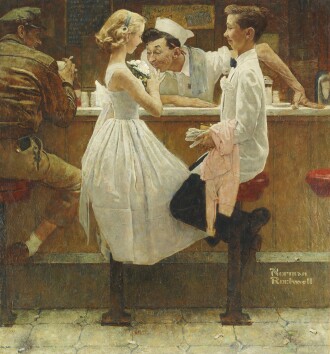 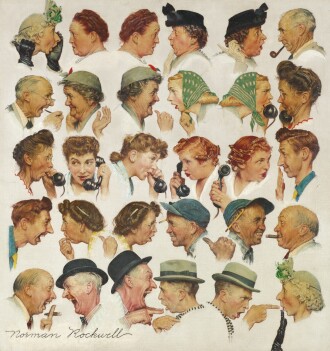 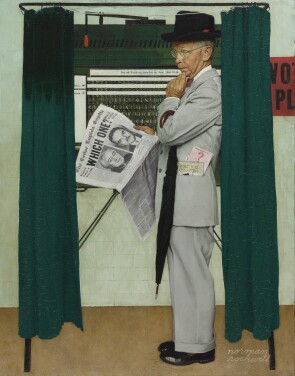 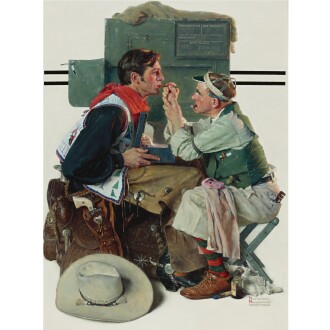 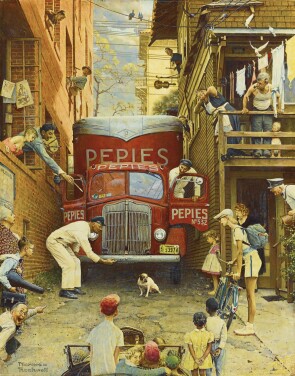 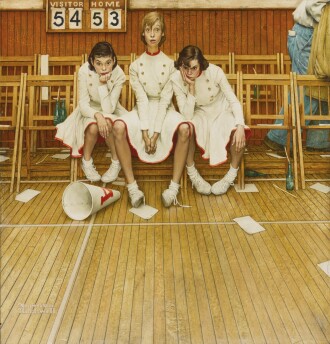 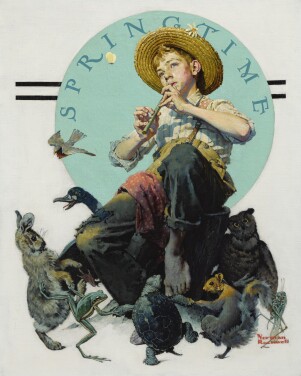 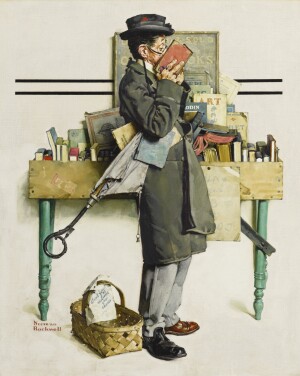 Born in New York City on 3 February 1894, Norman Rockwell was an illustrator and painter whose often humorous depictions of American life made him perhaps the US’s most beloved artists during his lifetime. Upon graduating from art school, Rockwell found immediate work as an illustrator for the Boy Scouts of America’s magazine. By 1916, he had his first cover illustration for The Saturday Evening Post, a popular weekly for which he created 321 covers over a period of 47 years. One of his most iconic celebrated Charles Lindbergh’s crossing of the Atlantic in 1927. His work also appeared in Literary Digest, Life and Look.

While the US experienced great social and economic changes in the first half of the 20th century, Rockwell’s paintings and magazine illustrations portrayed a less disconcerting reality by evoking simpler, more innocent times, and his popularity stemmed largely from his careful renditions of everyday American scenes, such as Thanksgiving dinners and soda-fountain encounters. But Rockwell did not completely ignore the issues of the day. Inspired by President Franklin D Roosevelt in 1943, he painted the Four Freedoms – of speech, of worship, from want and from fear – and starting in the 1960s, much of his work addressed poverty, race and the Vietnam War. In 1977, Rockwell received the Presidential Medal of Freedom from President Gerald Ford. He died on 8 November 1978 in Stockbridge, Massachusetts, which is also home to The Norman Rockwell Museum, dedicated to his work and archives. Other museums that count Rockwells among their permanent collections are the Minneapolis Institute of Art and the National Gallery of Art, Washington, DC.

According to Sotheby’s Mei Moses, the average compound annual return for Rockwell paintings resold at auction between 2003 and 2017 was 10.5% and 100.0% of 42 such works increased in value.

Museums with Works by Norman Rockwell 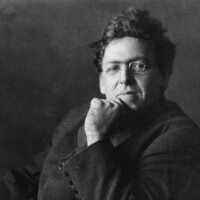 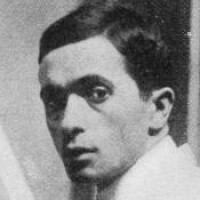 Type: artist
Category: Artist
Joseph Christian Leyendecker
View Profile
Please note that prior performance of the indexes and realized returns contained herein does not guarantee future results. In addition, there is no guarantee that random collections of individual works of art or stocks will yield index returns. We are not financial advisors and we are not in the business of recommending art as an investment. We also have no comparative advantage in forecasting the future direction of the art market. Investment decisions should be based on the risk return tolerance and time horizon of the investor with, if desired, the support of a licensed financial advisor. This information is provided "as is" and with no representations or warranties either express or implied of accuracy, merchantability, fitness for a particular purpose or of any other nature are made with respect to this information or to any expressed views presented in this information.