M illions of people served in the French Revolutionary and Napoleonic Wars (1792-1815) but it is the figures of Napoleon Bonaparte and Horatio Nelson that have come to personify these years of conflict. Both men rose to the top of their military professions, in the process demonstrating intelligence, cunning and outstanding leadership qualities. They were more than martial figures, though: they were also cultural icons, used by contemporaries to shape and advance nascent ideas about nationhood. 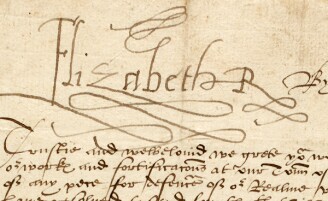 Napoleon represented France’s military might, the ‘little corporal’ that became the literal embodiment of France when he made himself emperor in 1804. Nelson was, in the words of Lord Byron, Britannia’s ‘God of War’, a figure that characterised Britain’s naval supremacy into the nineteenth and twentieth centuries. The present sale offers a range of written and material culture that sheds light on their captivating careers and enduring legacy.

While they fought on opposite sides, the two men shared similar backgrounds. Neither was born into great wealth, and their early years reflected the typical aspirations of the ‘middling sorts’. Nelson was second son of a country parson, and at the age of 12 secured a position on a naval ship commanded by his uncle. He rose quickly through the ranks and was appointed to individual command during the American War of Independence (1775-1783) where he served with William Henry, the future William IV. However, the arrival of peace in 1783 and a reputation for rashness combined to stall his career, and he spent much of the 1780s on half-pay.

Napoleon’s career followed a similar trajectory. The son of lawyer, he was born in Corsica shortly after it had been transferred to French rule. His family sent him to be schooled in France where he demonstrated prodigious aptitude, winning a scholarship to the military academy at Brienne-le Château. He was the first Corsican to graduate from the École Militaire in 1785, but his heritage made him something of an outsider in pre-revolutionary France. Like Nelson, he found himself held back by limited connections and a long period of peace.

Their prospects were transformed by the French Revolution, and the wars that it spawned. The creation of a democratic republic in France (confirmed in 1792 when Louis XVI was overthrown) sent shockwaves across Europe, prompting reformist movements as well as a conservative backlash. As the French Revolution grew ever more radical, Austria, Russia and Prussia formed a reactionary alliance against the French Republic; Britain would join in 1793. This began a period of conflict that would last – with a brief interruption in 1802-03 – until 1815.

Both Nelson and Napoleon were ideally placed to take advantage of the outbreak of war. They had undergone the necessary military training, but they also found themselves serving in meritocratic institutions that valued skill and initiative. The Royal Navy had long been a highly-professional organisation, requiring officers to have six years of experience and pass an examination. The revolution also modernized the French army: mass conscription and the departure of many aristocratic officers created opportunities for young and ambitious men.

While their timing was fortuitous, both Nelson and Napoleon understood that the nature of warfare had changed. The eighteenth-century had been an era of ‘limited’ wars, in which conflicts were fought over European and colonial possessions, but rarely, if ever, was the fate of a nation at risk. The conflicts of 1792-1815, however, were ideological wars of national survival, in which the protagonists mobilised unprecedented resources to secure victory. Nelson and Napoleon aimed at the military annihilation of the enemy.

Napoleon was one of many French generals who achieved remarkable victories on the European continent during the 1790s. It was he, though, that rose quickest and highest, using France’s vast conscript armies to conquer much of northern Italy and led an imperial expedition to Egypt. Only he had the vision (and arrogance) to lead a coup d’état in 1799, installing himself as ‘First Consul’ of France and dictator in all but name. In1804 he was crowned Emperor of France and went on to secure his most famous victories – at Ulm and Austerlitz in 1805 and Jena in 1806 – ensuring that France became the dominant power in Europe.

Nelson too demonstrated a unique understanding of revolutionary warfare. Having achieved flag rank in 1797, his tactics of annihilation allowed him to secure a number of devastating victories, most notably at the Battle of the Nile in 1798. His most crushing victory came at the Battle of Trafalgar in 1805, in which he also lost his life. Coming shortly after Napoleon’s victory at Austerlitz, the battle did little to change the strategic course of the war. However, Nelson’s death in the moment of victory confirmed his status as a British hero. His state funeral was attended by thousands of people, and represented a unique moment of national mourning and unity.

Austerlitz was the high point for the Napoleonic Empire, and in the years after 1805 he was confronted by an increasingly determined alliance of European nations and an active Royal Navy, as well as his own megalomania. Defeated in 1814, and again in 1815 at the Battle of Waterloo, he was exiled to the Island of St Helena in the South Atlantic. There, guarded by a British garrison, he lived out of the rest of his life, dying in 1821.

The demise of Nelson and Napoleon did little to dim their fame. On the contrary, throughout the nineteenth and twentieth centuries they became symbols of their respective nations. Nelson was re-cast as a Victorian hero, his scandalous relationship with Emma Hamilton quietly forgotten. 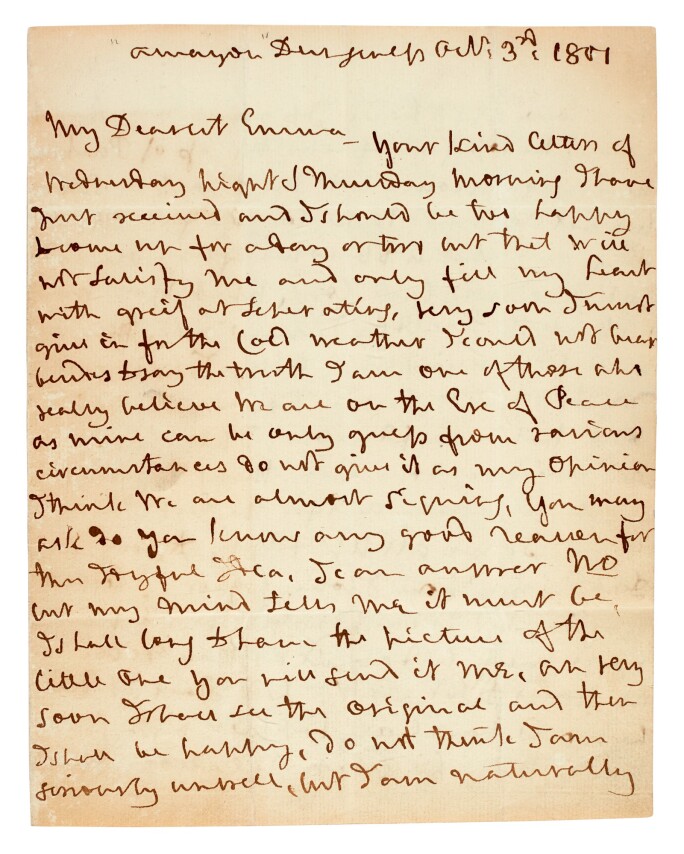 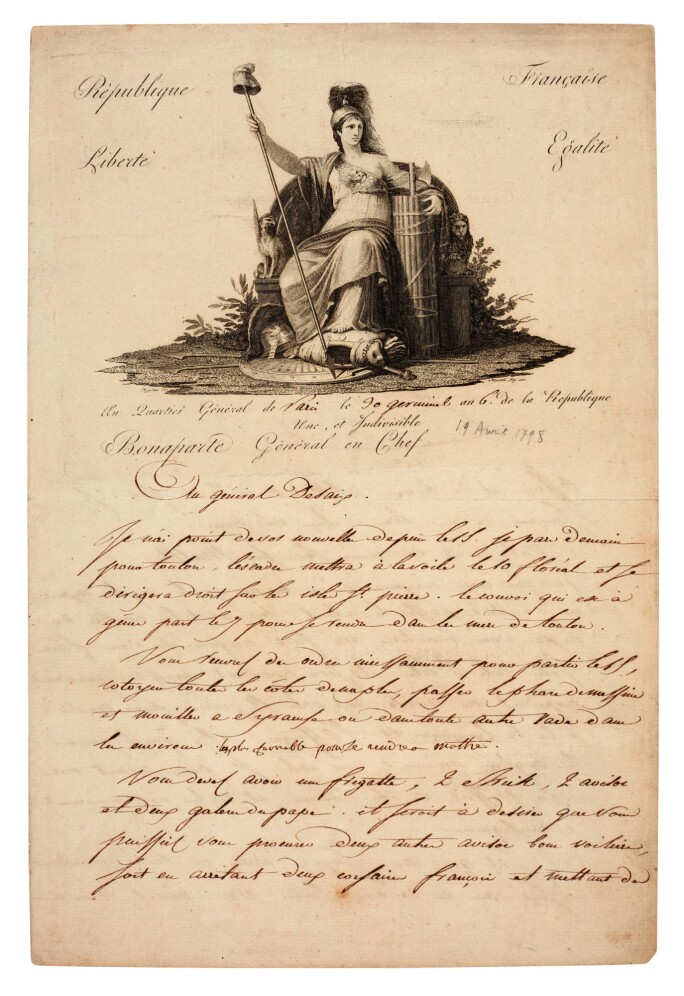 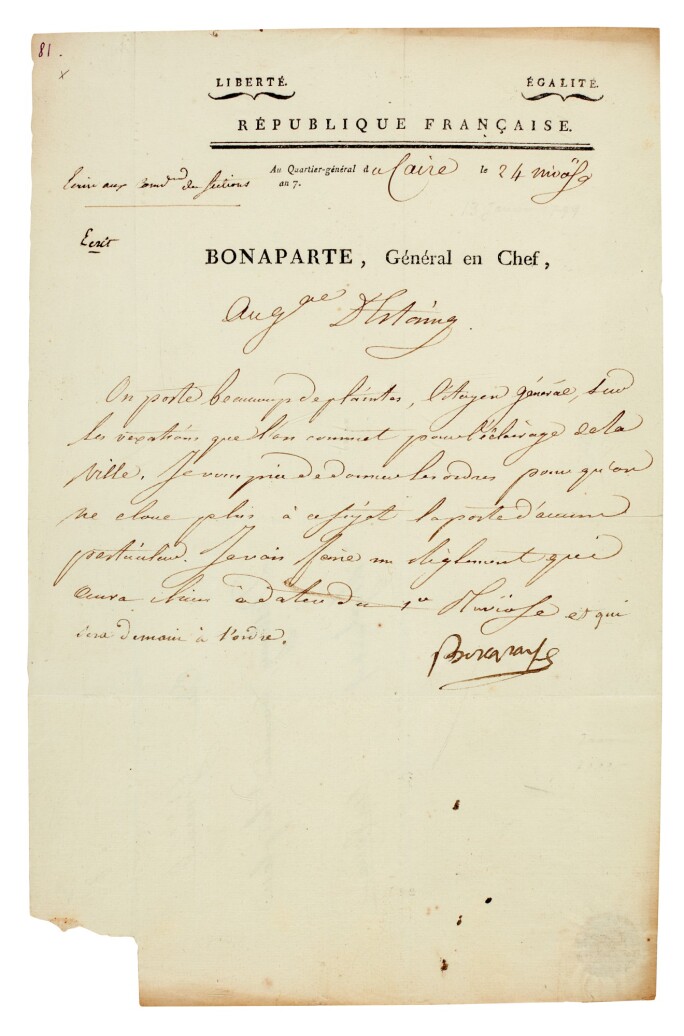 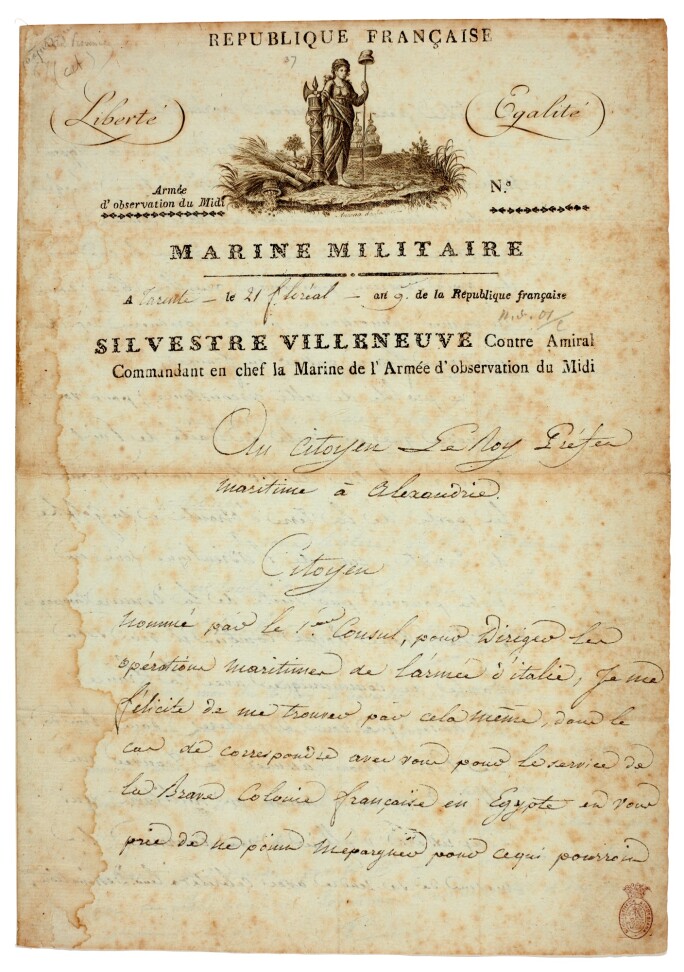 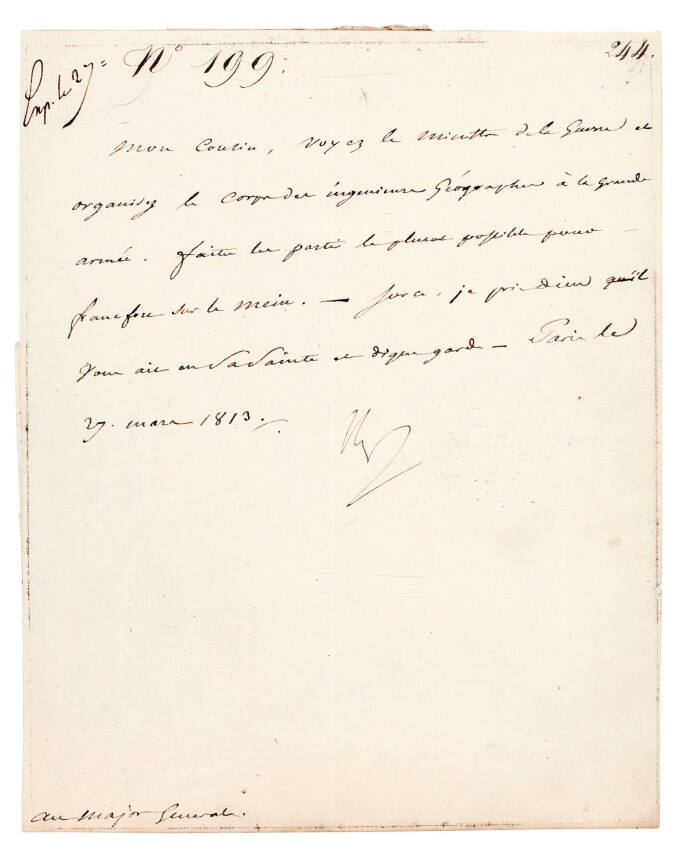 The centenaries of Trafalgar in 1905 and 2005 saw him revived again as a national symbol. No. 131 offers one of the finest examples of this. Similarly, likenesses of Napoleon Bonaparte remained incredibly popular throughout the nineteenth century not least during the reign of his nephew Napoleon III (1852-70).

In their careers and legacies, then, Nelson and Napoleon were interlinked. Perhaps what is most surprising of all is that they never met in person, though they came close on a number of occasions. Nelson was sailing just to the south, off Corsica, as Napoleon’s artillery bombardment helped the French retake the city of Toulon in 1793. Napoleon was commanding an army near Cairo when he heard that Nelson had destroyed his fleet at the Battle of the Nile. In 1801 Nelson spent the summer reconnoitring the French coast where Napoleon was building up an army of invasion. In this sense, they lived parallel lives, travelling the same direction on twinned trajectories, neither converging or diverging.

Past Auction
The Collection of a Connoisseur: History in Manuscript
8–15 July 2020 | 2:00 PM BST | London
Books & Manuscripts