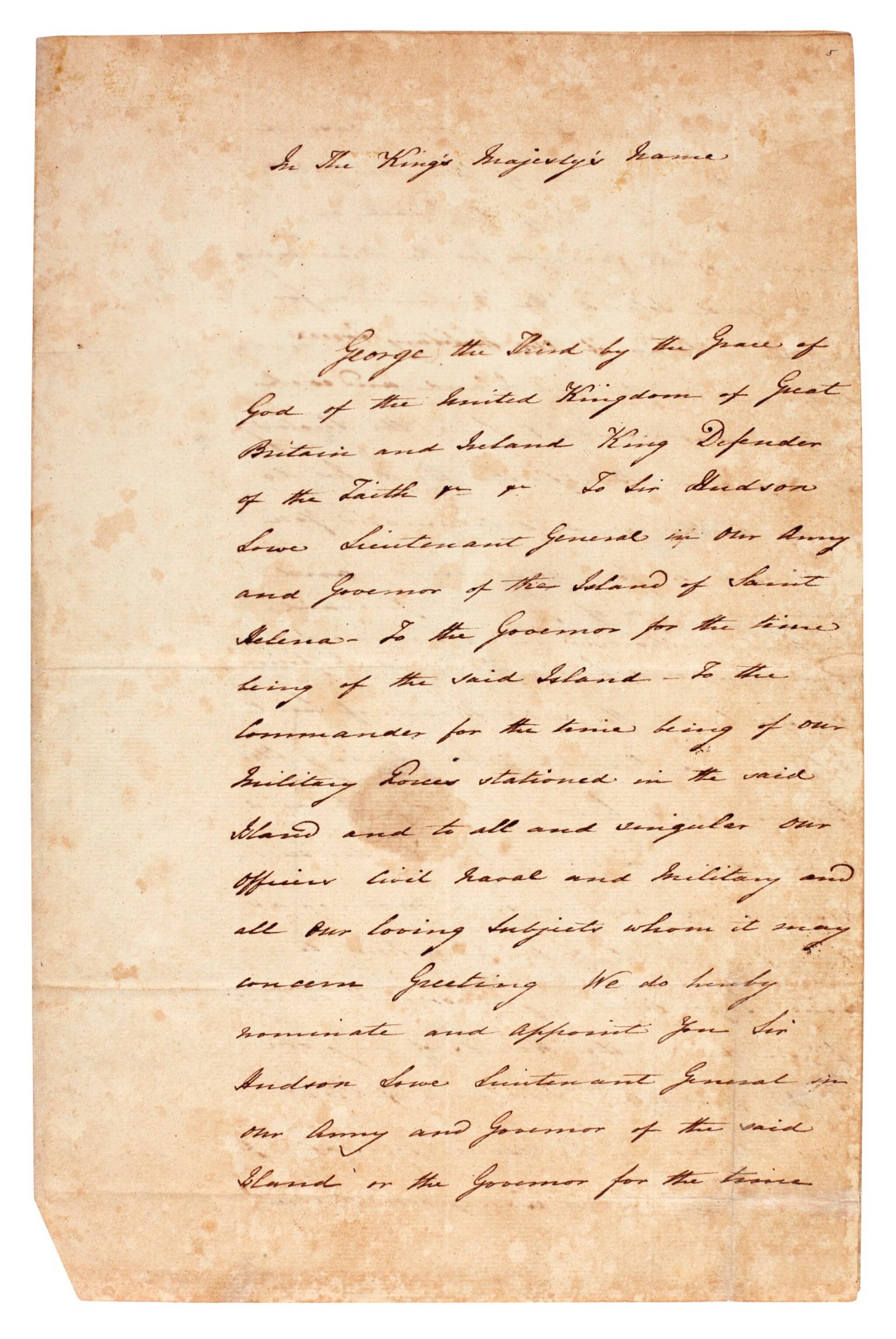 APPOINTING LOWE AS JAILER TO NAPOLEON ("...We do hereby nominate and appoint you [...] to have the Custody of Napoleon Bonaparte [...] to detain and keep the said Napoleon Bonaparte in the said Island of Saint Helena as a Prisoner of War during our pleasure, and him to deal with and treat as a Prisoner of War under such Restrictions and in such manner as have been or shall be from time to time signified to you..."), 3 pages, folio, red wax seal impression, Westminster, 12 April 1816

A HIGHLY EVOCATIVE DOCUMENT OF NAPOLEON'S FINAL YEARS. Hudson Lowe, newly appointed as Governor, had embarked for St Helena in mid-January 1816 and reached the island just two days after this warrant was issued. After their first meeting the former Emperor pronounced his new jailer "hideous", although he also commented hopefully that "The man's disposition may perhaps make amends for the unfavourable impression which his face produces." Perhaps unsurprisingly the relationship did not improve: the two men had a total of six increasingly acrimonious meetings during their first months together on the island, after which the two men, living just a few miles apart on one of the most remote islands on the planet, steadfastly refused to meet. Lowe was the subject to a stream of complaints, mostly from Napoleon's supporters, but he remained in place until after Napoleon's death in 1821.