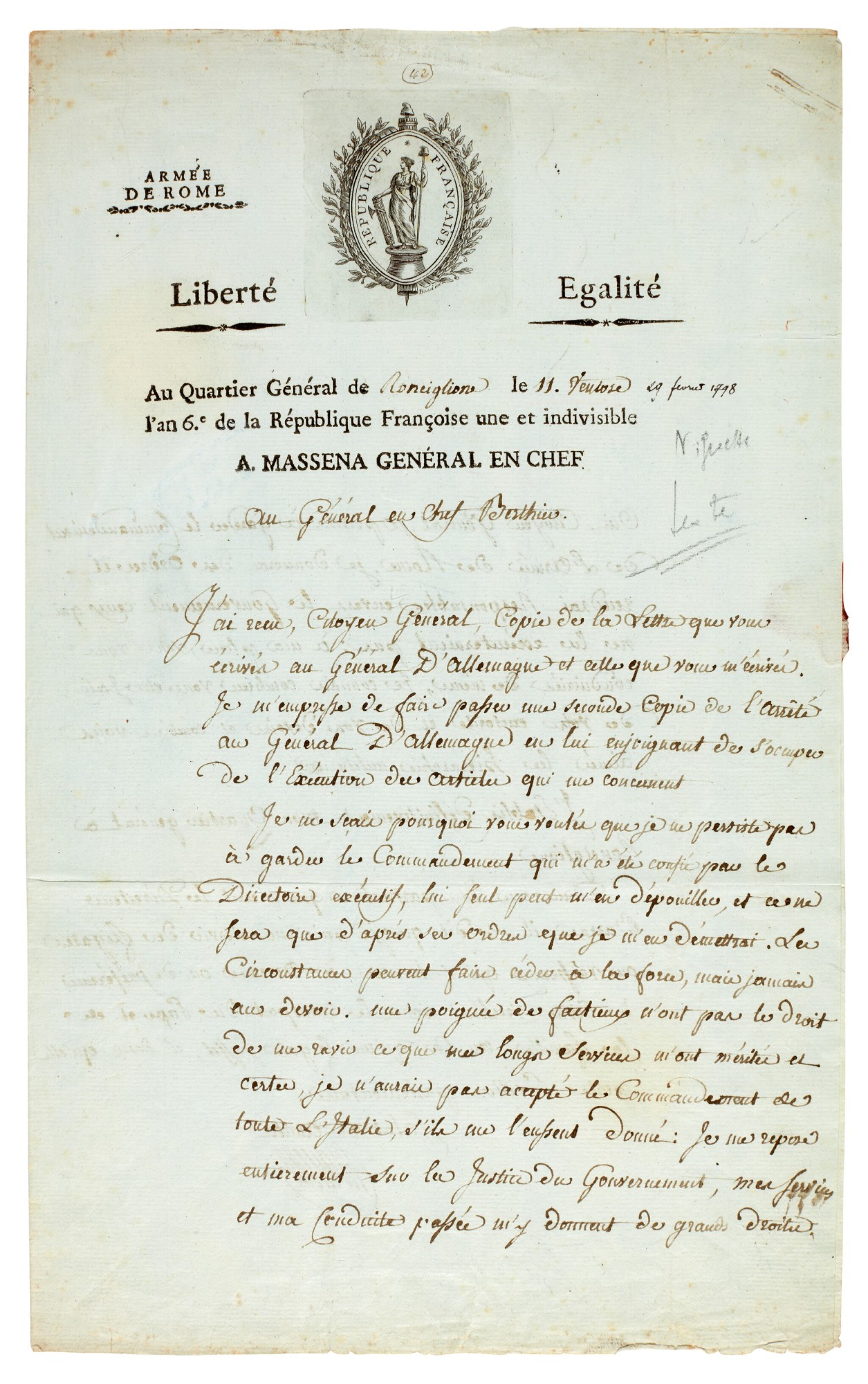 objecting in vehement terms to Berthier's order, given in a letter to General Claude Dallemagne, removing Masséna of his command of the Army of Rome, reminding Berthier of his illustrious service, pointing out that since only the Directoire can deprive him of his office he will disregard the order as illegitimate and continue in his command, in French, headed stationery of the Army of Rome with Republican vignette, 2 pages, folio, blue paper, integral address leaf with remains of red wax seal impression, Ronciglione, 1 March 1798

A letter illustrative of the tense and competitive relationship between Masséna and Berthier, two of Napoleon's greatest Marshals. A year before this letter, Napoleon had praised Masséna as "L'Enfant chéri de la victoire" for his role at the Battle of Rivoli, but Berthier, by now overall commanding officer of the Army of Italy, was nevertheless to be successful in his attempt to oust his rival from the French army in central Italy. Masséna received his next major command, in Switzerland, the following year.